Yew are not happy

Another long time friend in the garden is my mixed yew/holly hedge.  Nothing but a light trim now and again, it’s been there at least 13 years…now it’s going yellow - well, two of the yew at the slightly higher end are.  The holly and the rest of the yew are fine, so far. 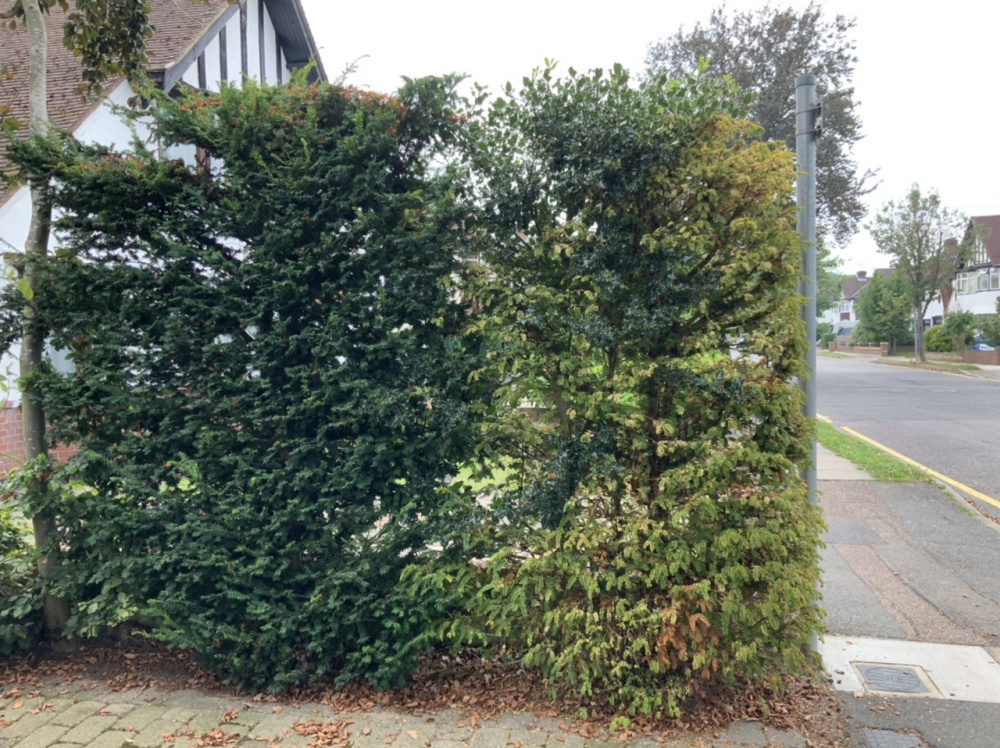 The two pale ones have started losing needles too.