Is my apple dying? Advice please.

I was wondering if anyone could please advise. My newly ordered apple tree's leaves (white transparent on M9 rootstock) have started to turn yellow. Is my tree dying please? (It was a birthday present to myself, so I hope not.) 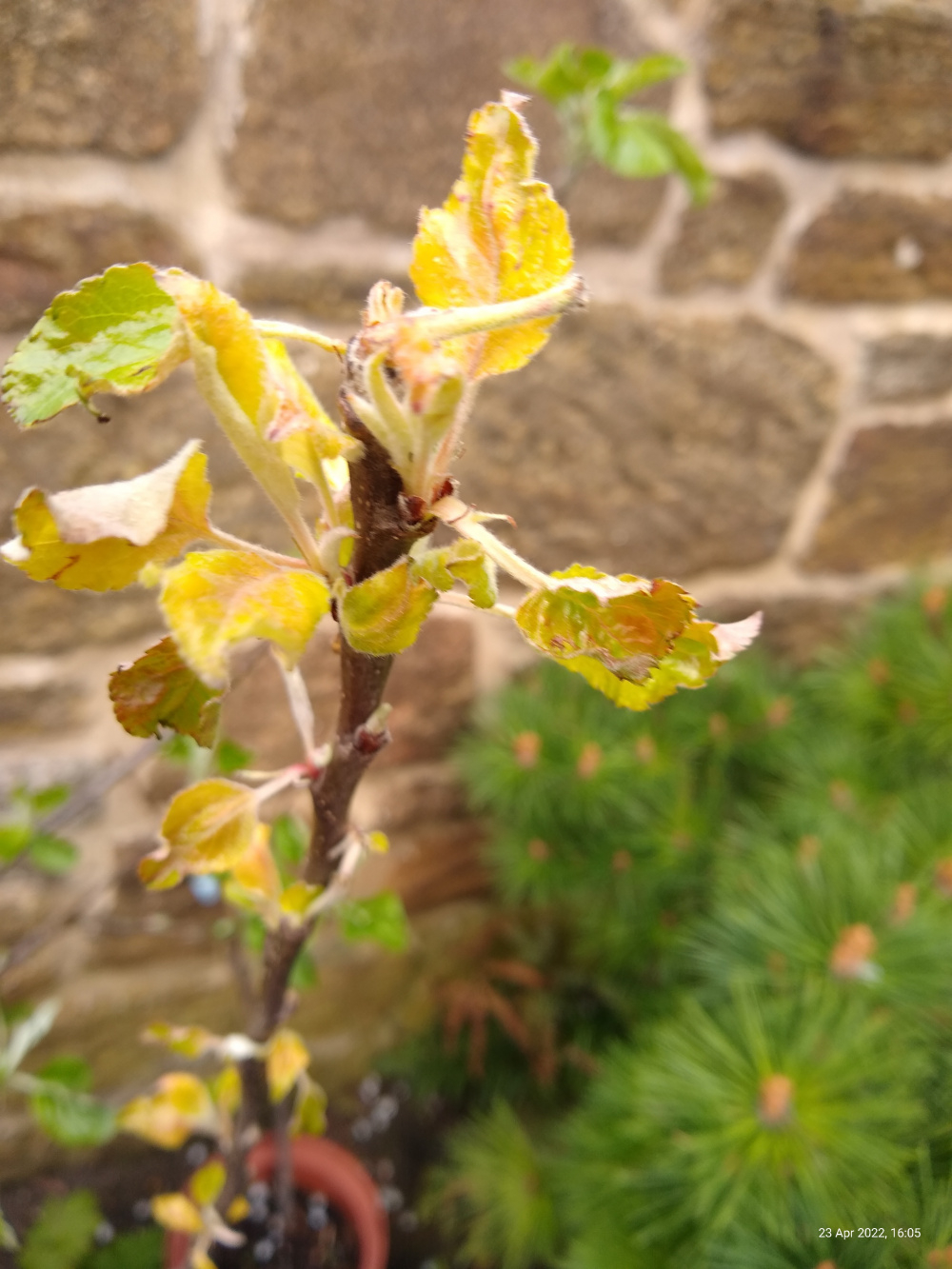