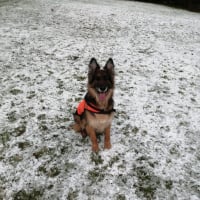 Jenny_Aster In the Cambs FensPosts: 527
19 February edited 19 February in Fruit & veg
I know it's a bit late in the 'season' but does anyone know where I might be able to buy a stepover formed apple or pear tree? Chris Bowers, Pomona Fruits, and fruit-trees.com look to be all sold out.

Unfortunately I've now set my heart of having one, so do you think it might work if I cut down an espalier (they appear to be the same price)? If I did prune an espalier to be a stepover perhaps I could try and root the 'branches' that's been cut off?


Trying to be the person my dog thinks I am!
0