B3 Posts: 21,815
May 2021 in Plants
Bear in mind I live in London.
Cosmos purity and mixed pink jobs sown a bit early. Got leggy so I potted on and abandoned outside because I was fed up with them. Cold nights. They're not doing much but they're not dying either.

I have sown some more for nurturing inside just in case.

I think it's important to remember that cosmos generally survive well into November - here anyway. They are not particularly fragile.
I have these cosmos that don't look like cosmos because the leaves are wrong. They couldn't give a rat's about the cold. I wouldn't have bought them, but they were free. 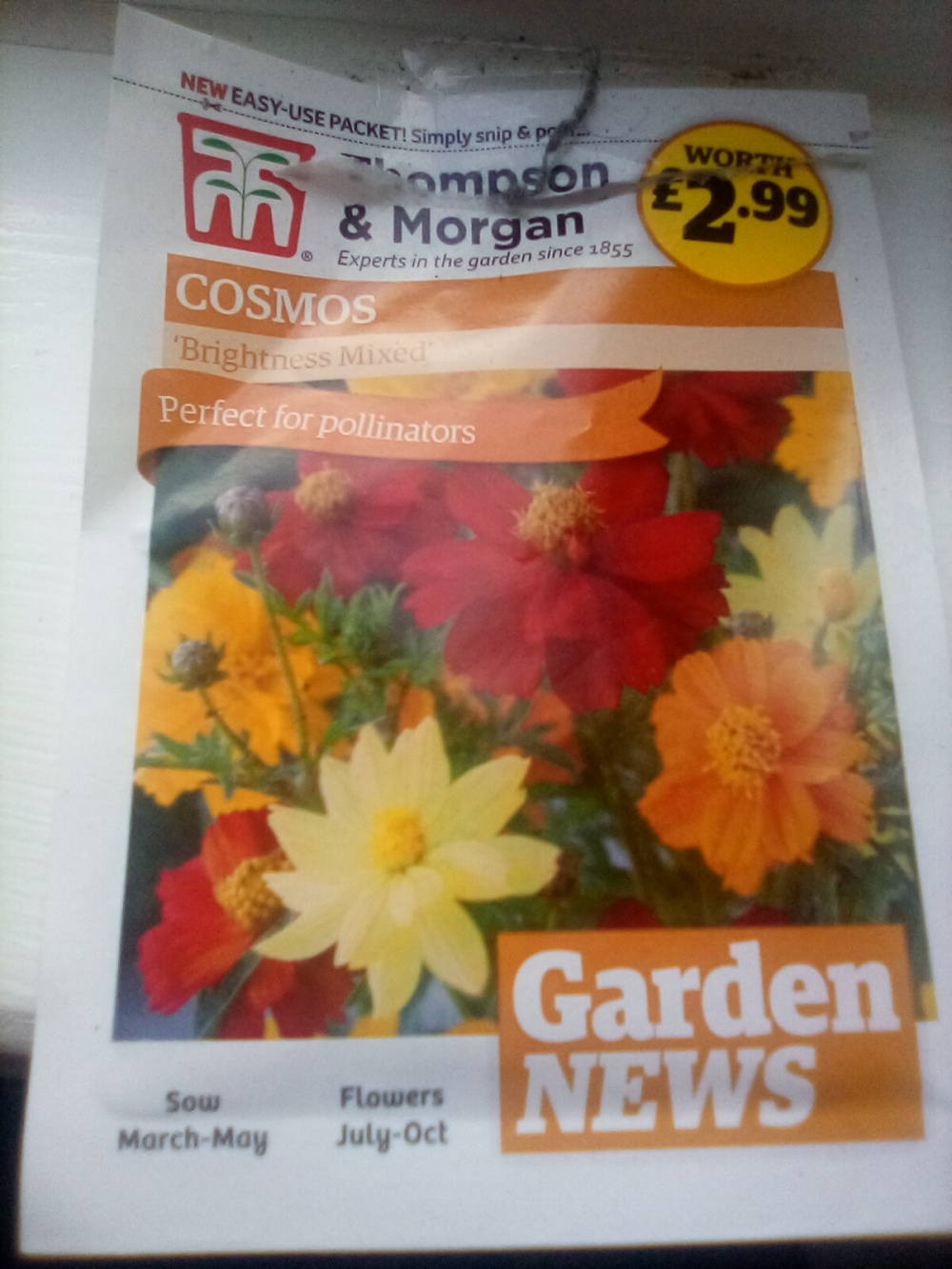 Before I realised they needed cossetting, I used to sow them in trays outside. They did just fine.
You have a packet with more seeds than you could ever use - experiment and see what works in your garden and compost your mistakes.
In London. Keen but lazy.
1