DocJames PenarthPosts: 15
May 2020 in Problem solving
Only really got into gardening this year as other half isolating with her mother whilst I work in A+E. Parents kindly bought me a couple of clematis, one of which is a Clematis armandii. Other one still going great guns.

Was planted in my South Wales garden towards the end of March in a plantar with fresh compost and some fertiliser seeds, in the wooden plantar you see. Planting side of wall is directly North facing in a walled, fairly warm and sheltered, garden. No frost since about February (way before planted). Cold feet and hot head which I thought was perfect for them. 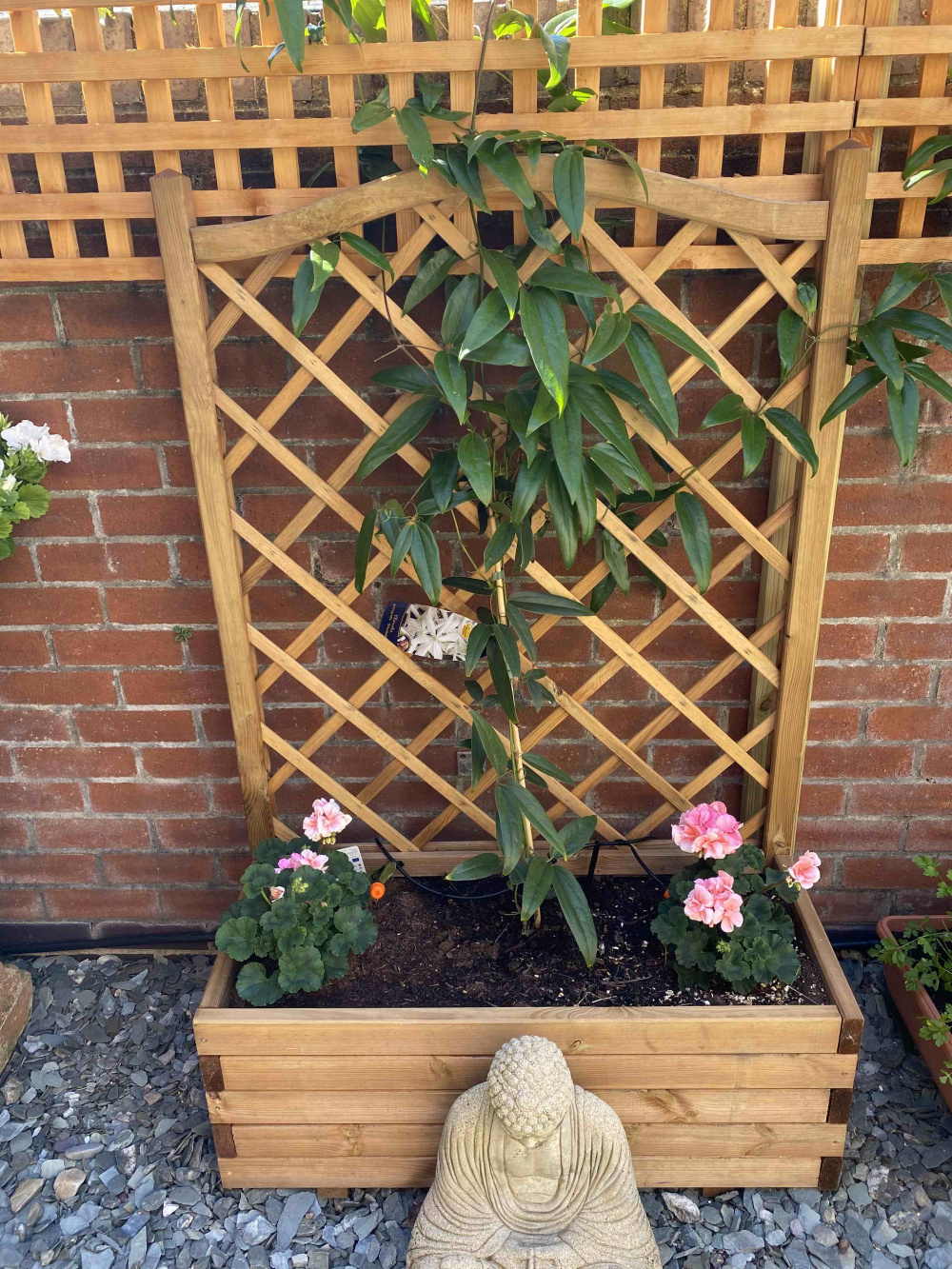 Initially it went nuts and looked really good. Then the odd couple of leaves started falling off by seemingly pinching off along the stem and then just hanging for ages before falling off. Over the last week, the growing stems have now started to discolour and now look about to die. The base still looks very strong and green and healthy. Pics below if that can help.

I really don't know what is going on. Initially I thought I'd overwatered it as using a drip irrigation system, watering them twice a day. I then scaled that back to every other day which seemed to coincide with them starting to do badly. So I haven't watered it for a few days now although the soil remains slightly damp but is drying out and not much in the way of rain recently. But it's getting worse. I'm tempted to start rewatering it in case that's the reason although I suspect that is only coincidence. My other thought was it was wilt but everything else looks very healthy and the compost and everything is brand new. It's not the geraniums interfering is it, although they have only been in there for the last few weeks?

Please help if anybody can. Really don't want it to die! 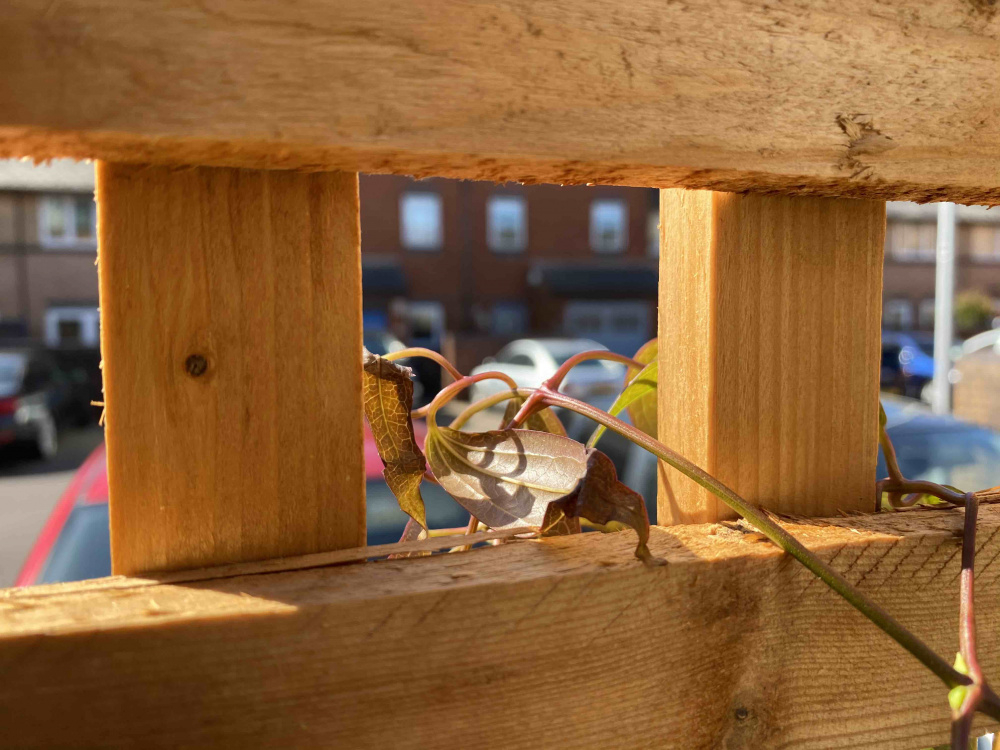 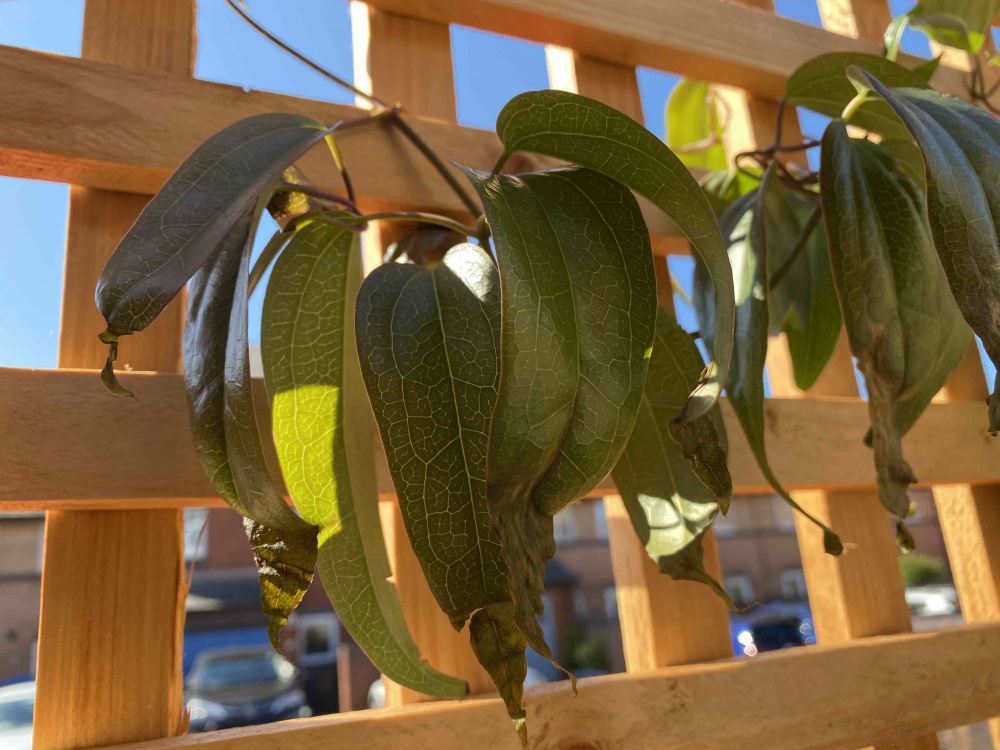 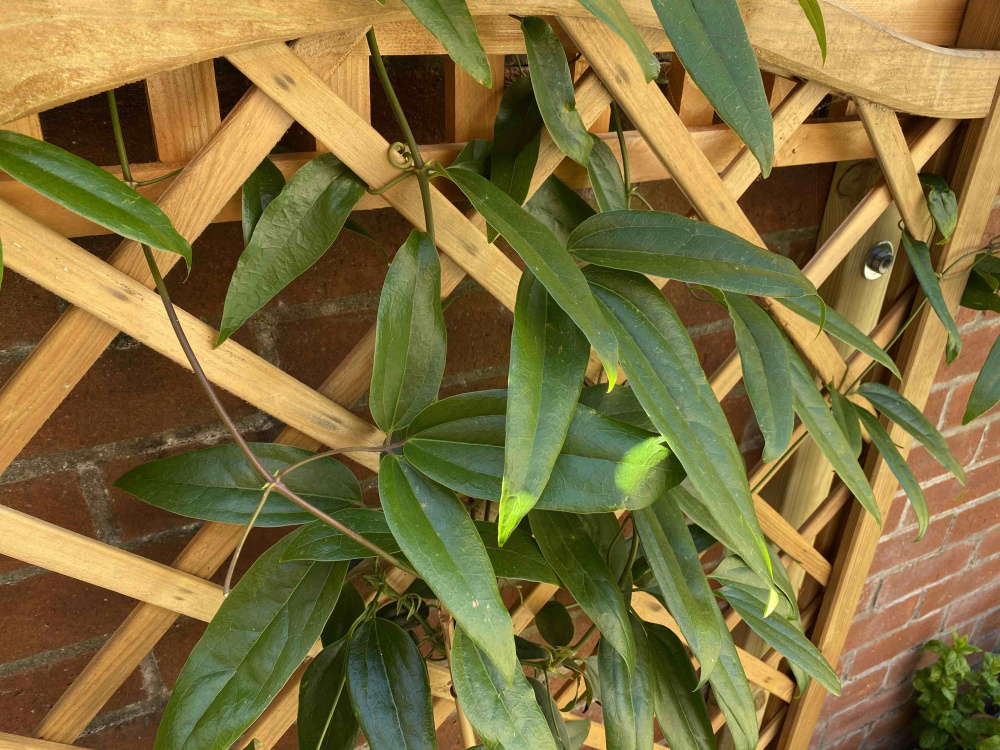 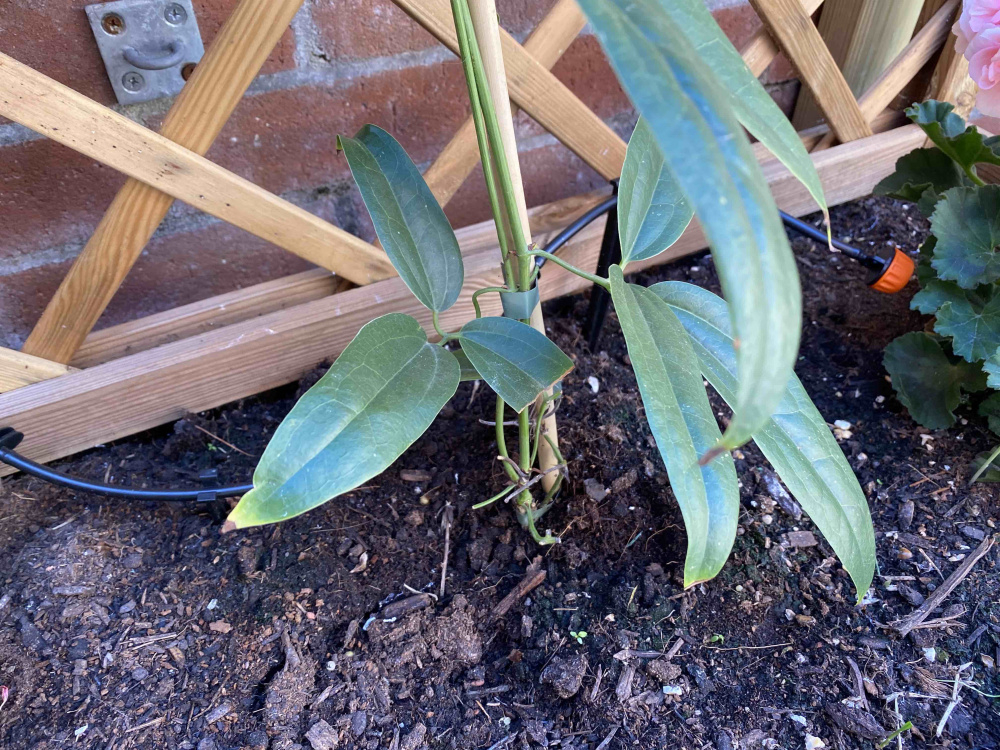