Can you help with my poorly squash plant?

Does anyone have any idea what might be wrong with my squash?

Just before planting out I noticed one had developed splotches of 'see through' leaf.

Since planting them out those splotches grew and the leaf died. It's now spread to other leaves on the plant (Uchiki Kuri) and then to the Little Gem planted next to it.

I wondered if it could be a fungus like downy mildew so have been spraying them with a watered down milk spray (one solution google suggested!) It  hasn't seemed to make a difference yet, but I'm not sure I'm diagnosing them with the right problem! My courgette plants got powdery mildew last year but this doesn't look like that.

They were planted out 2 weekends ago in East Sussex, it was a bit wet for a week but mostly warm.
Many thanks for your help!! 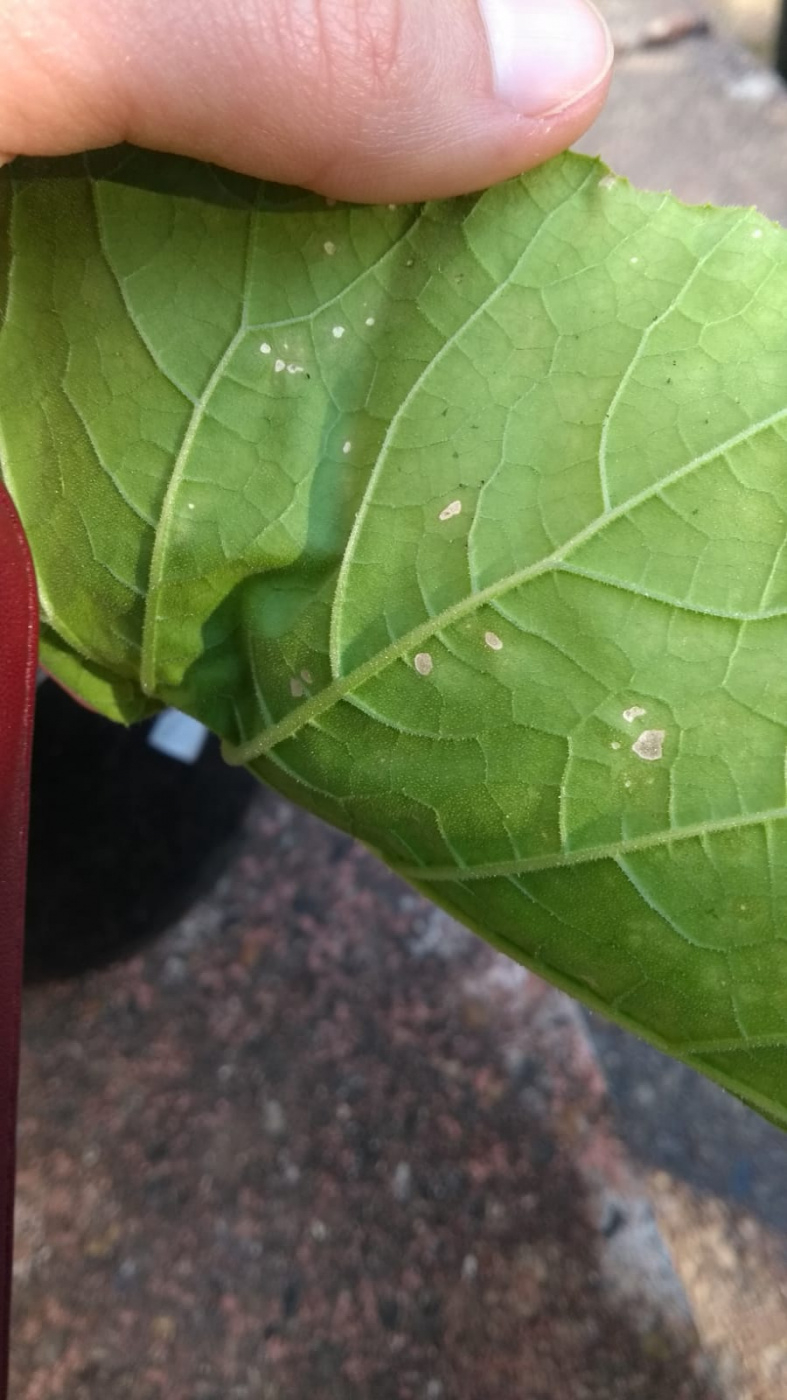 Pic 2 - the spread to both plants 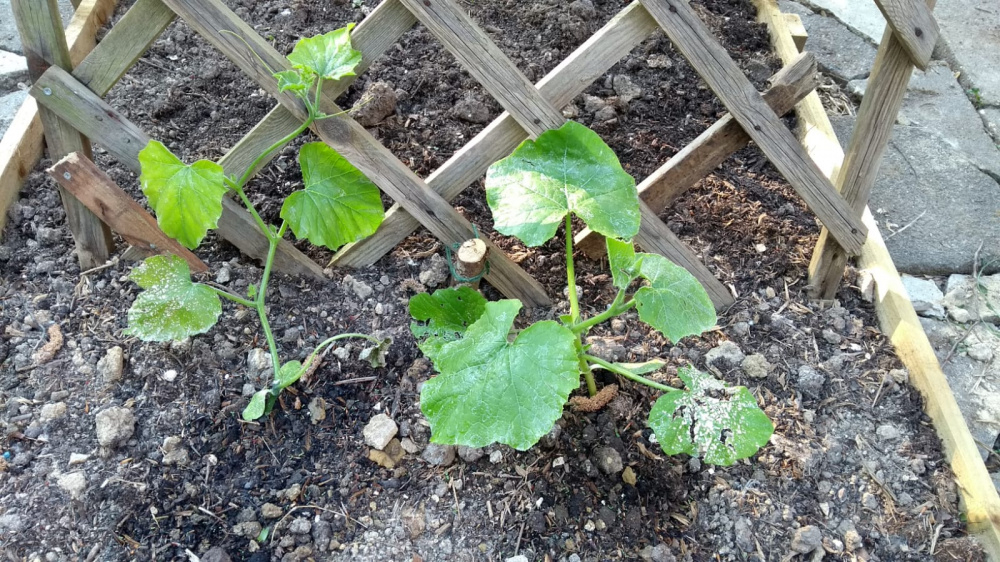