Diagnosis needed for my Juniper and Chamaecyparis

Unfortunately both my conifers which I just repotted in 18cm diameter pots and kept on my balcony in a shaded position appear to be affected by a somehow similar fungal disease.

The juniper (1st picture) seems to be at the early stages of the disease, while the chamaecyparis, together with the white layer on the base of the plant that you see in the picture, also has around 15% of the cones which turned brown-ish.

The products I have at my disposal are Fosetyl-Al based fungicide, Neem oil and the usual green soap.

Could you please help me with the diagnosis of the diseases, together with advising me on which products to use to fight them?

Thank you in advance.
Daniele 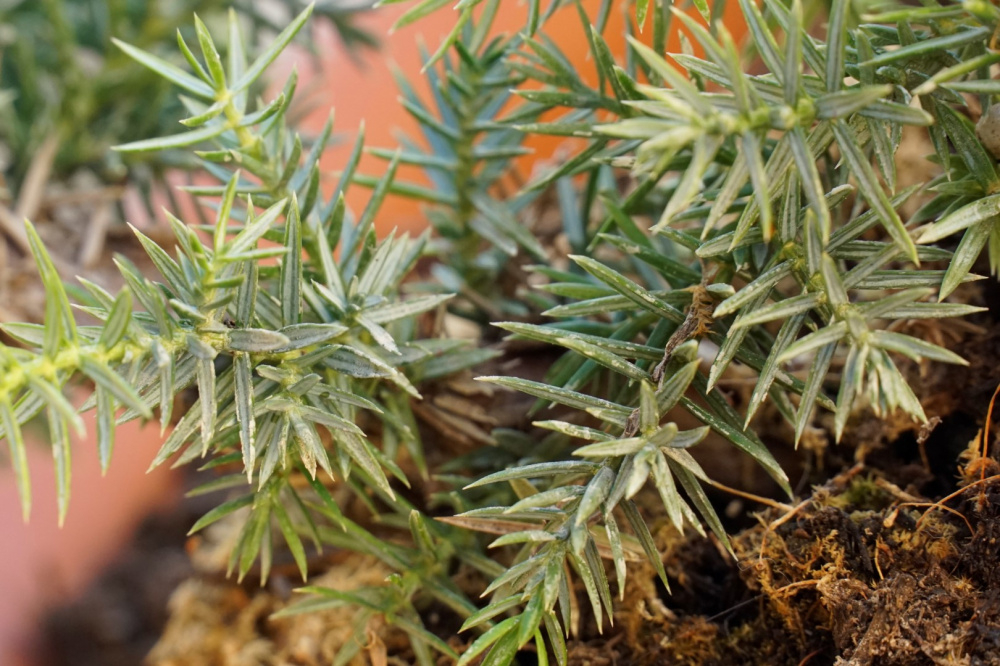 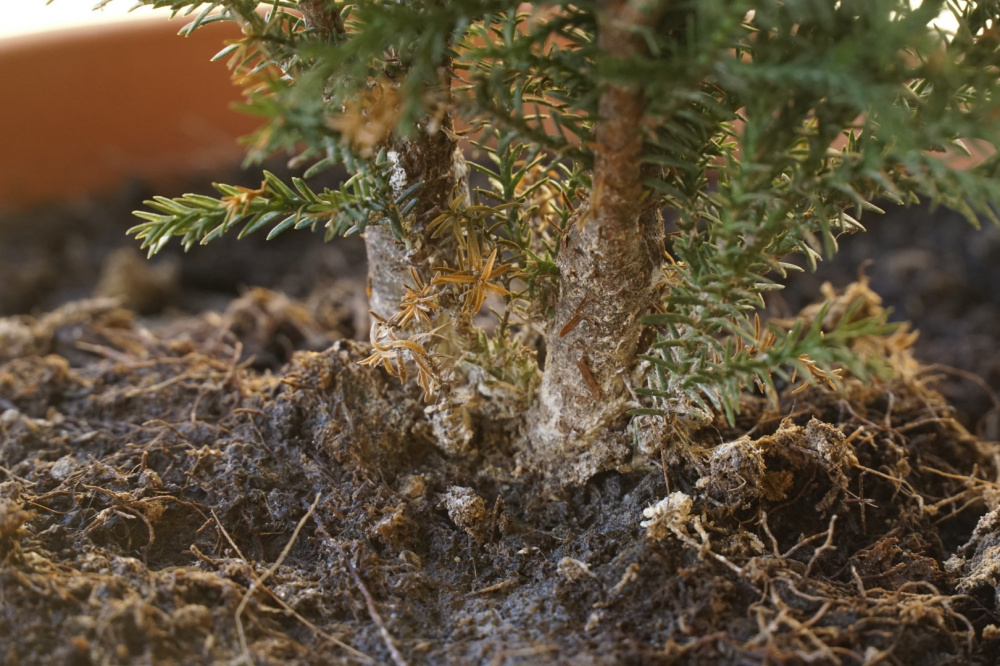