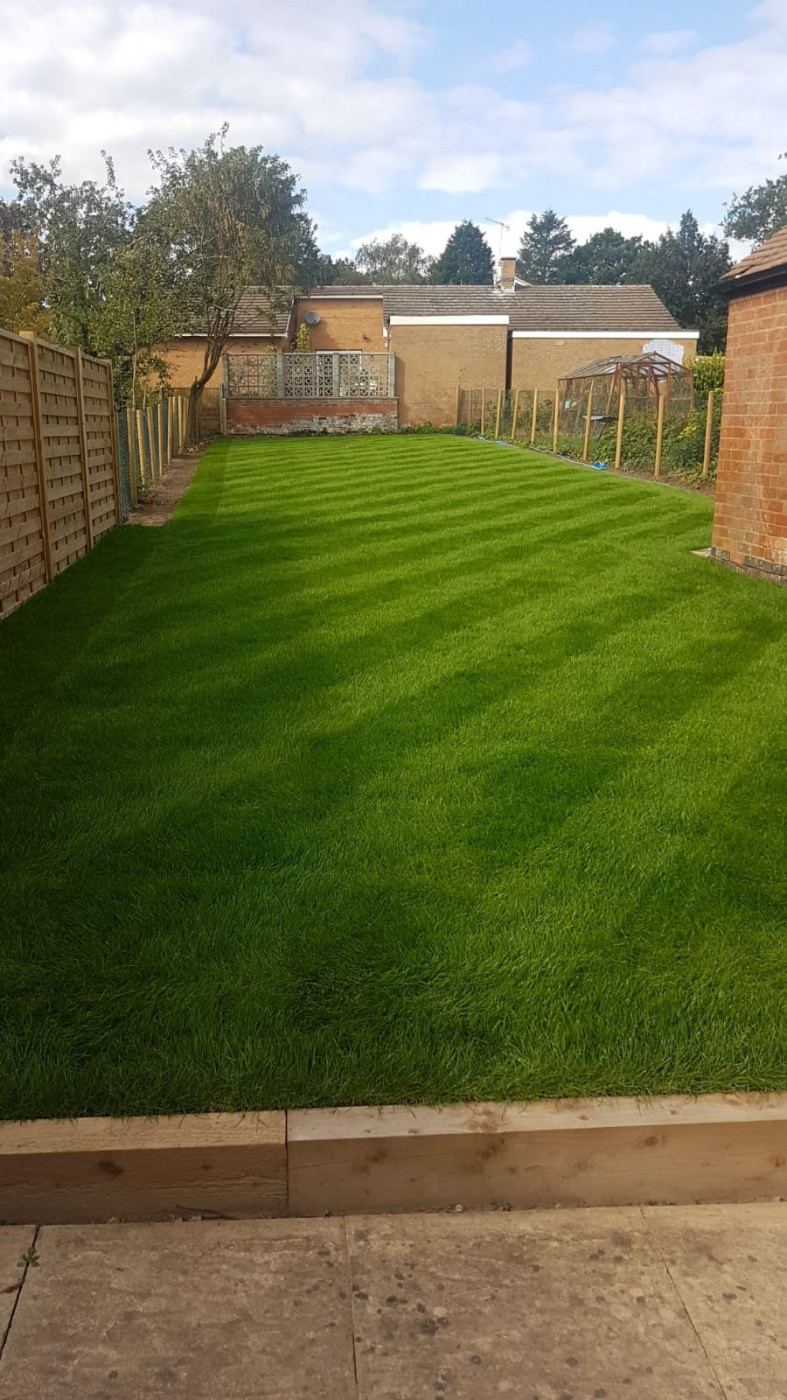 Hi All - Thanks to all the fantastic advice from several members on this forum here's a photo of my summer garden clearance project after its very first haircut! The new turf has established nicely (water water water) and its nearly time to start seriously thinking about planting the hedges to finish it off and hopefully create the simple but effective lowish maintenance garden we are after . . .(think kids / football / dog - think mowing and hedgecutting only)

As per forum advice you can see we have a 2-2.5ft border that runs on both sides and across the back - these are 25metres / 80ft plus long, the dimension across the back is 10 metres / 32ft wide. The plan has always been to plant hedges that are quick(ish) growing and easy to maintain to obscure the ugly but necessary dog (but seemingly not fox!) proof wire & post fencing and return some privacy from our neighbours on three sides.

FYI the left & right hand runs are relatively 'clear' in terms foliage on the neighbours sides - the shorter run on the rear does still have some significant large laurel stumps that have been cut short but could not be ground out for fear of collapsing the neighbours 70's style boundary wall (see above) They've been copper nailed but may never perish as they are already showing new growth shoots etc. .

1 - Price. We want to plant whips / bare root only, however we 'may' consider an alternative for the rear run (more established potted plants) if this is considered a key point of difference. (eg. something like photinia here - could mix well with laurel stump growth over time?)

2 - Height. Would like the hedges to grow to 5-6ft and keep them at this height (the part timber fence adjacent on the LHS is 6ft) Bear in mind the tree at the rear of the LHS - this will potentially be part obscured and therefore need cutting around. The rear width 'run' could ultimately be higher if necessary to create a bit more cover.

3 - Depth / Density. Don't want them to infringe the lawn area too much (as it will make overall garden too narrow but want it deep / dense enough to look like a decent hedge as well as grow through to the neighbours side so they can also 'lose' the ugly wire fence.

4 - Style. Formal(ish) but not box privet formal. Natural but not wild! eg. like the density a mature photinia gives without it looking overtly 'tight' when cut. Don't really like the informality of 'mixed native' but would not be averse to a single British type hedge (convince me!)

This is an urban garden - like the idea of symmetry so specification for LHS & RHS should be the same in my mind) The rear as previously mentioned could be something different as its a key visual point from the house looking out.

5 - Maintenance. Evergreen if poss as do not want to spend time clearing inordinate amounts of falling leaves in autumn (I have 2x massive beech bushes in the front and although these are pretty hardy and look great they are a pain in terms of dealing with the excess leaves) Something that looks good but only needs a couple of trims a year would be good

6 - Dog Friendly. NO poisonous berries my daft mutt can swallow

Hope the above is enough info (!!!) Would love to know your thoughts together with full rationale and specific planting advice!

PS. Anyone with Photoshop skills that can insert said 'bushes' in perspective gets extra points / kudos!