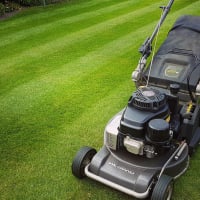 glasgowdan Posts: 632
August 2019 edited August 2019 in Fruit & veg
Can anyone help with a few tips on starting off a mini indoor herb garden please? I've got a shelf in my sunroom by a south facing window a good 4ft wide and loads of herb seeds.

What's the best way to set them up? Will seeds sown indoors now work well?

Should pots be covered until germination?

I have a big plastic tray - can pots be sat directly on it or should they be raised a bit?