johntrelly Posts: 18
August 2019 in Garden design
I have always wanted a garden pond, a year ago we moved into a 'forever home' and spent the first year working on the house. This year I have been working more on the garden and decided it was time to make a pond. I also have 3 daughters and thought it would be quite educational to see all the new types of wildlife a pond will bring into the garden.

Over the next few photographs I will show the construction of the pond from start to finish.

Below is the area I decided to build the pond, it is away from a tall tree in the opposite corner and it should bring to life this relatively quiet corner of the garden. I also like the existing backdrop of plants as a starting point to landscaping the pond. I will also be adding a screen fence that will run parallel with the path as means of both safety and creating a visually nicer backdrop. 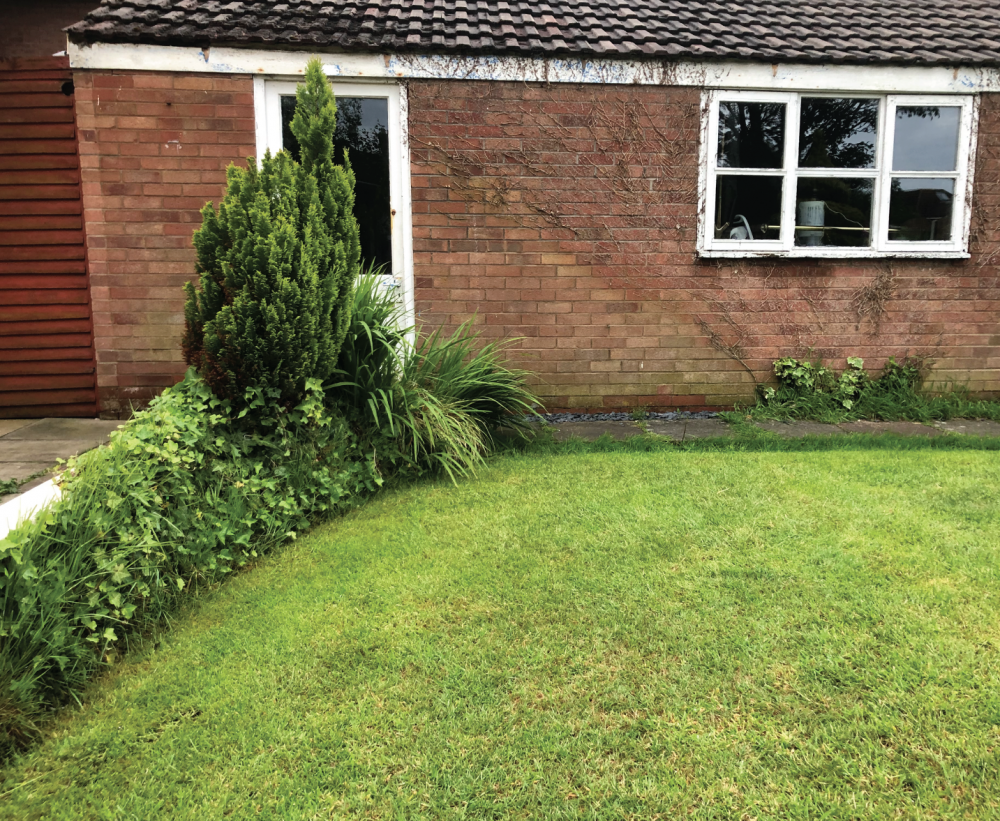 I placed a rope on the ground to give me a guide for the rough shape I was after and then started digging out the general shape of the pond. Although as you will see in a couple of later pictures the shape evolved further as i started digging. Thankfully the ground was soft after the recent rain. 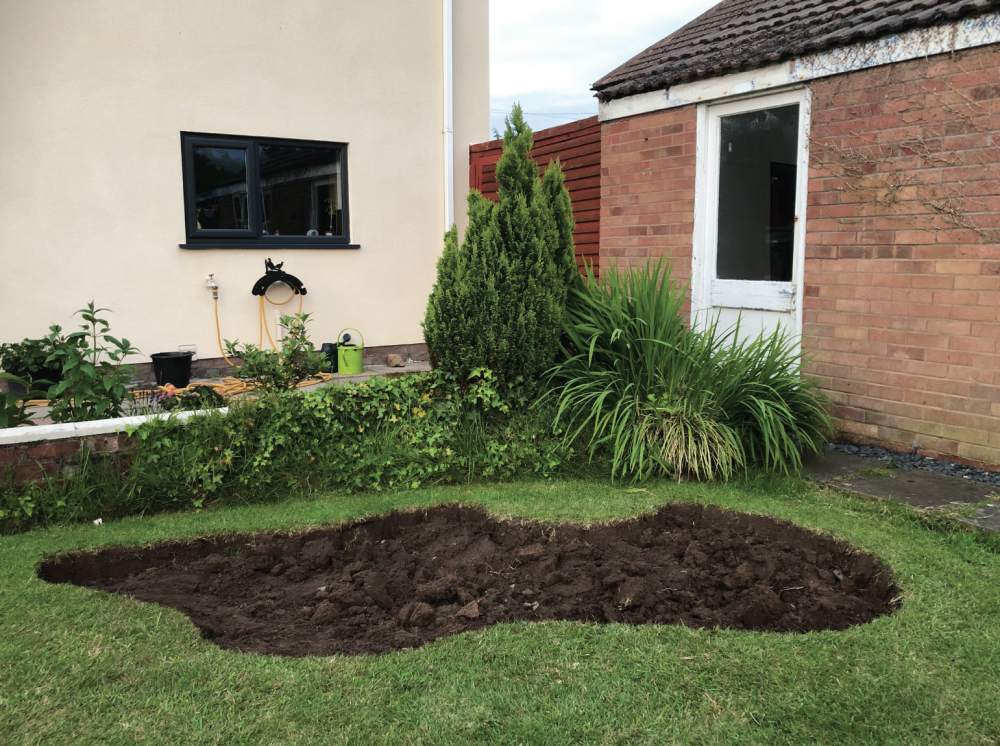 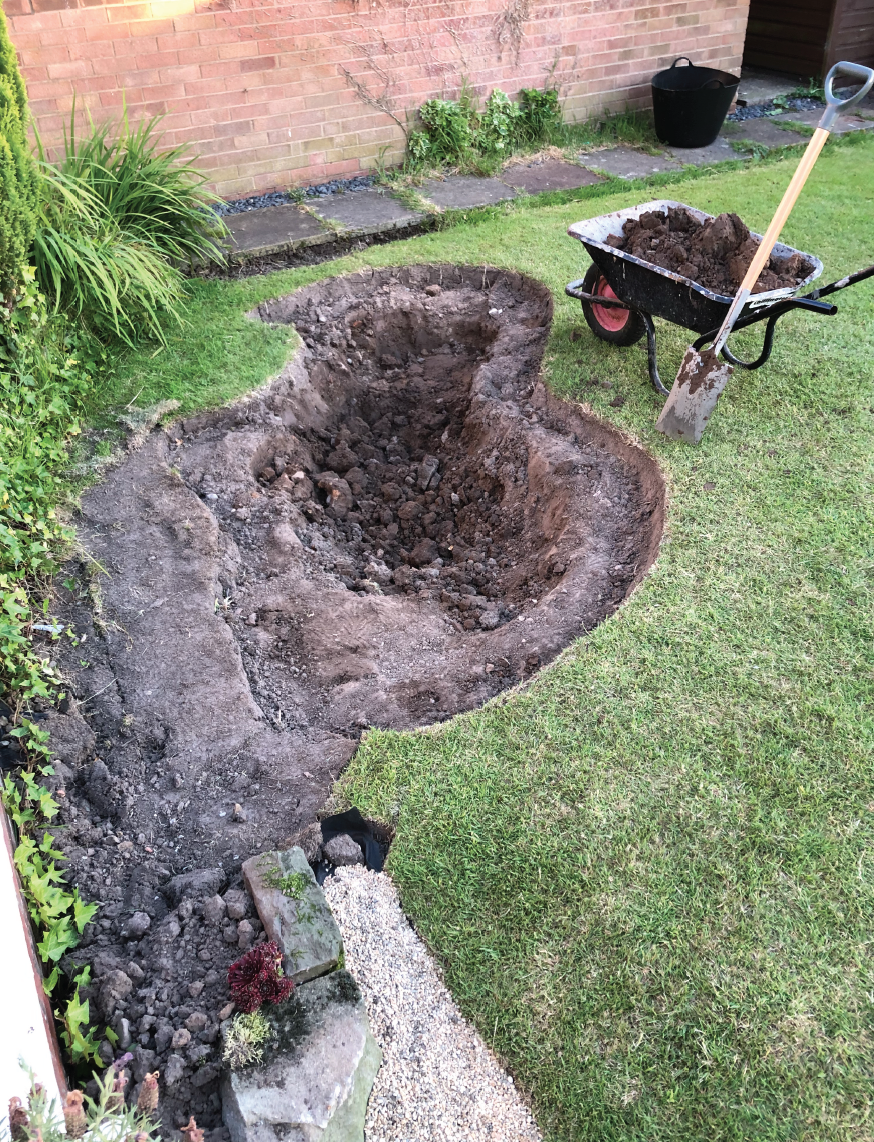 I created different levels of shelving to accommodate different water plants, the general shape and digging is nearly complete (below), just needs refining. The ground on the left hand side was lower than the ground on the right, so I have used some of the spoil to raise this side up to make it level. 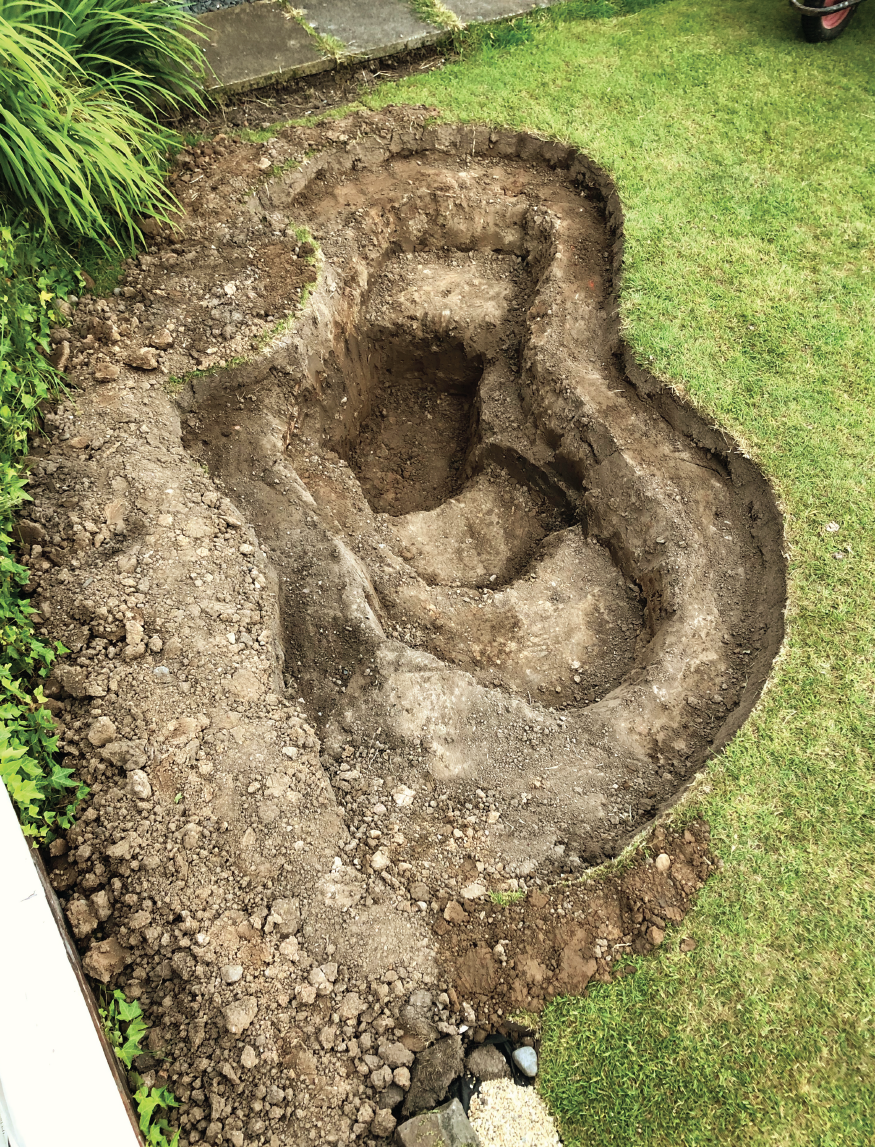 As a side project and as somewhere to put some of the soil I decided to create a narrow rock bed on the opposite side of the pond. 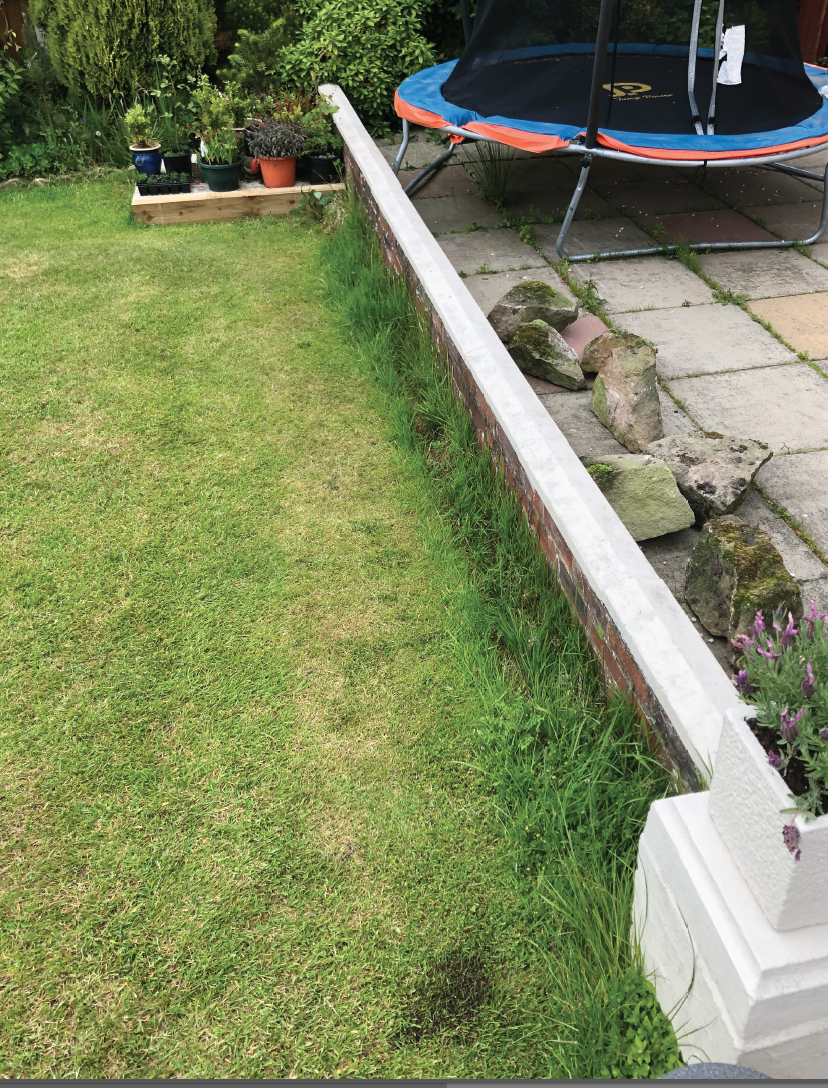 I decided to add a narrow strip of gravel so that I could run my lawn-mower over it, there is nothing worse than long grass growing up against rocks that the mower cannot get! This seemed to solve the problem well and I quite like the look. I will also be planting some alpine plants in the gravel at the base of the rocks. 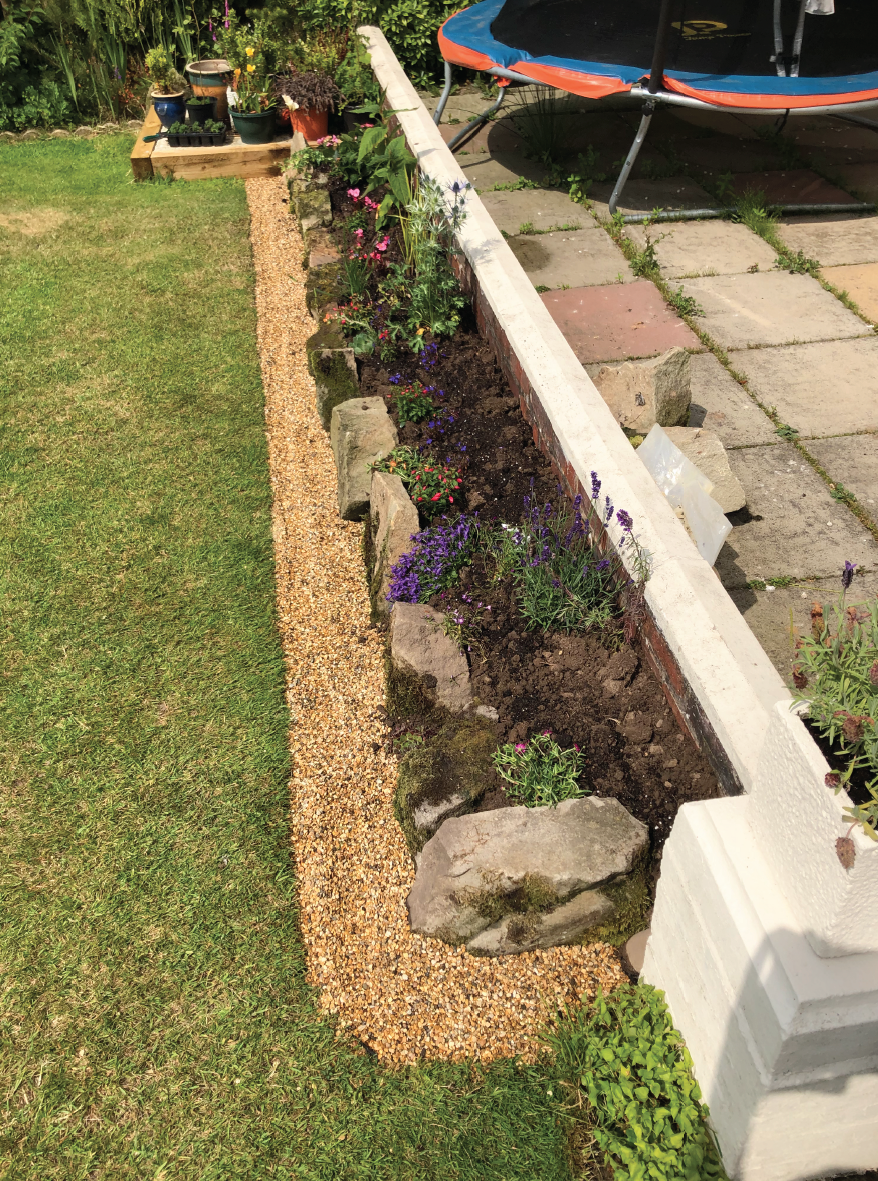 Back to the pond, the digging was complete - I then began setting about putting some underlay down to make a smooth surface for the eventual liner to sit on. I manage to get hold of some actual carpet underlay which is very soft and also easy to cut and very flexible. 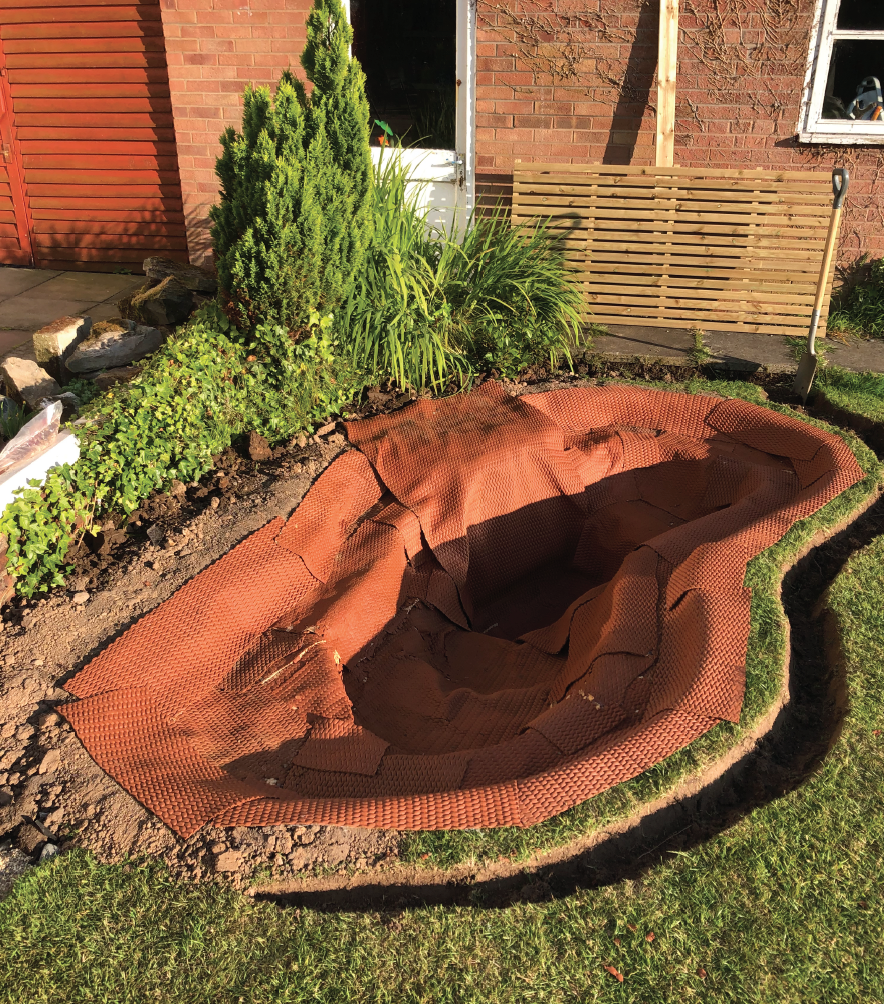 I then added some fine play sand for good measure... 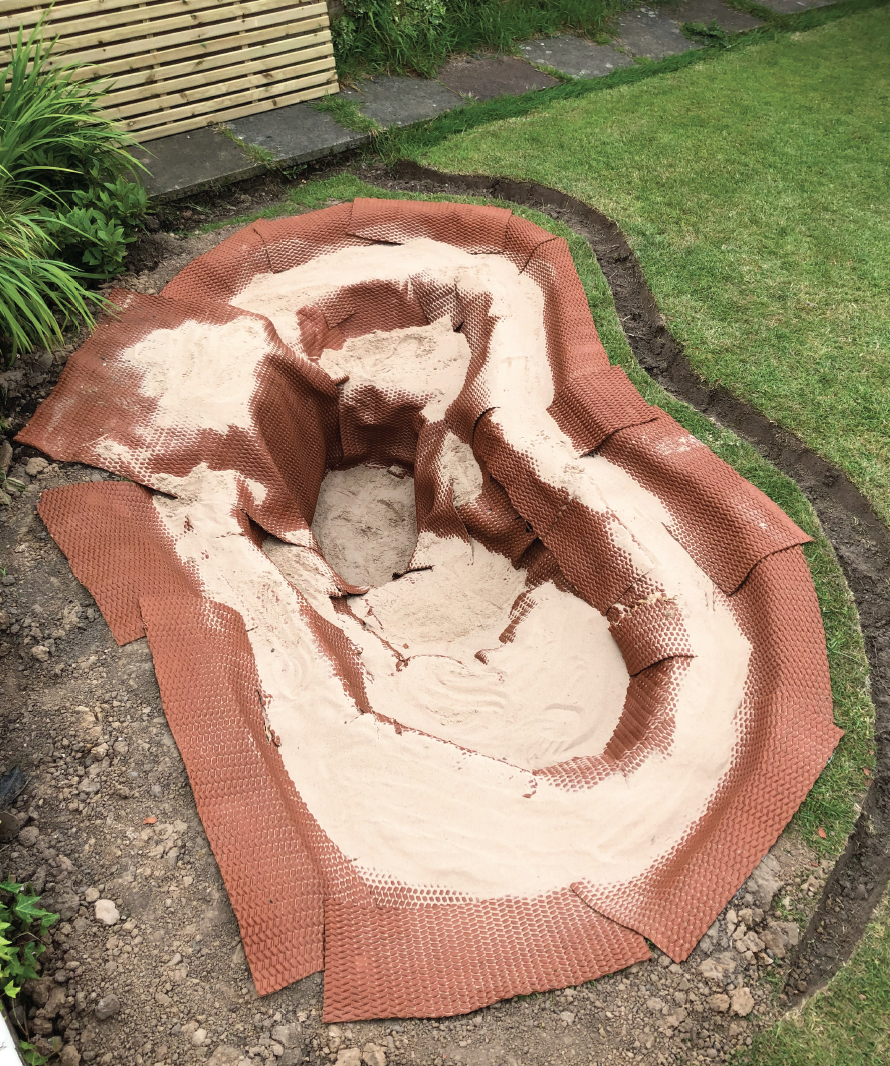 I was finally ready to add the liner, I opted to go for the more expensive rubber liner over the PVC option, I want it to last and I would have been terrified of puncturing a hole in the PVC! 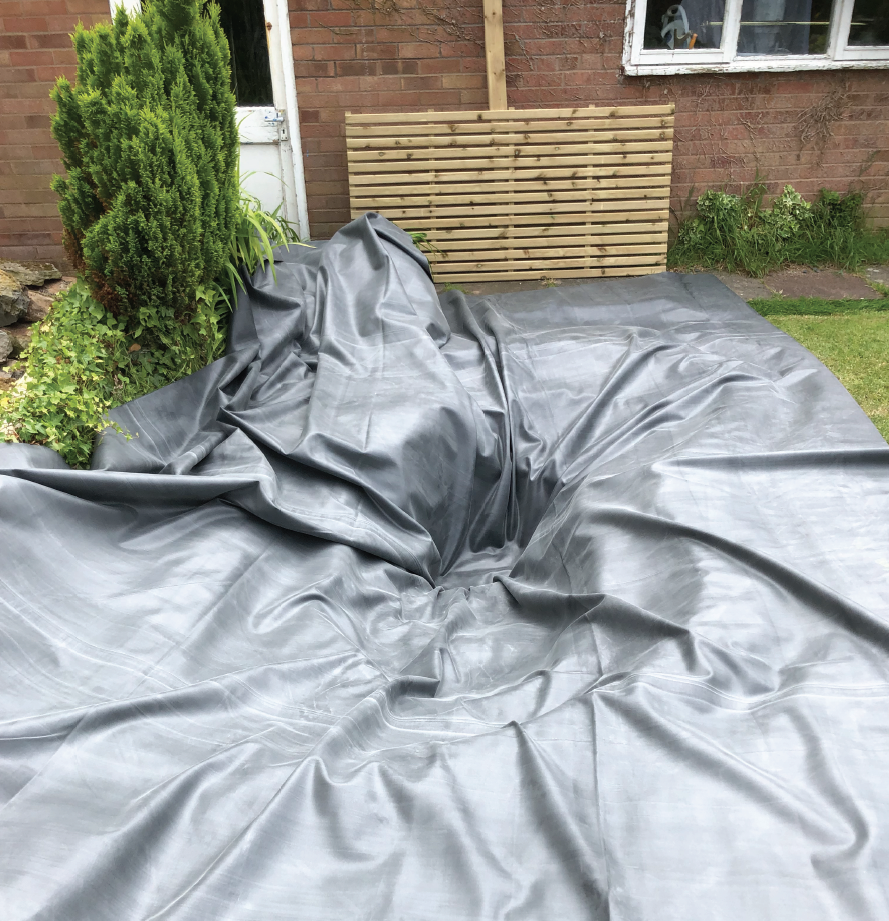 Once spread out and as much of the creases taken out as possible (you will never get them all out!) Then came the fun bit I had eagerly been awaiting... adding the water! 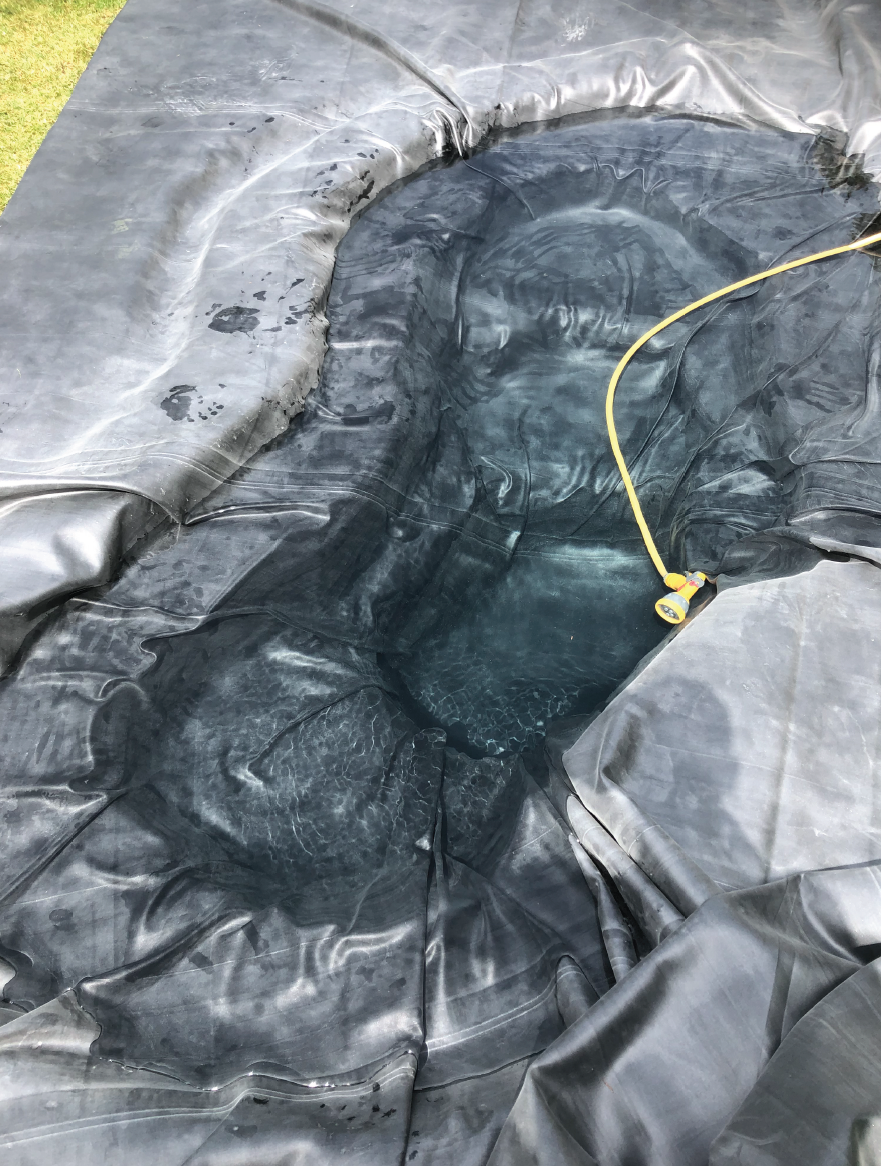 Once filled it was time to start landscaping the pond - with the aim to make it look as natural as possible and hide all evidence of the underlay around the edges. Luckily I manage to get my hands on some free rocks, the rocks were part covered with moss which was perfect for the look I was going for. I have also purchased some river bed pebbles which will be used on the shallow shelf, allowing insects and bugs to easily get in and out. The flat area in the top left hand corner of the pond is where my rock waterfall is going to be situated. You will notice I have covered this area with underlay with the hope that any splashed water from the waterfall will land on this and fall back into the pond to reduce any water loss. 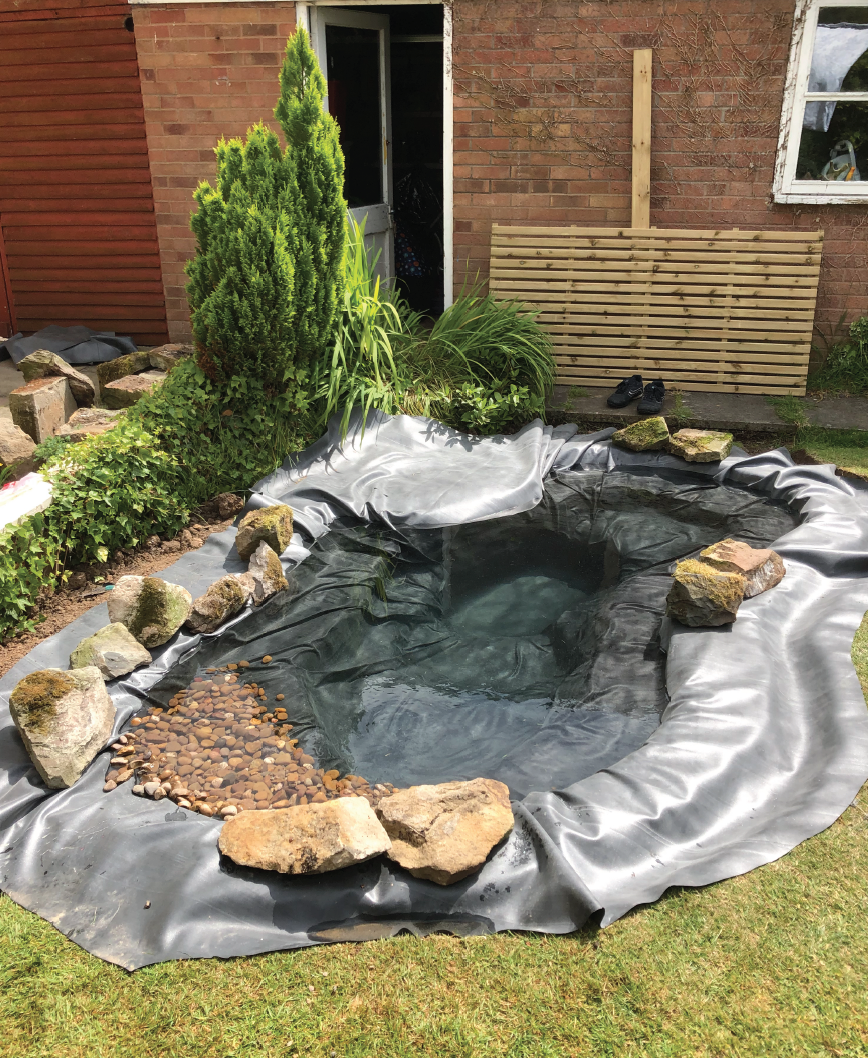 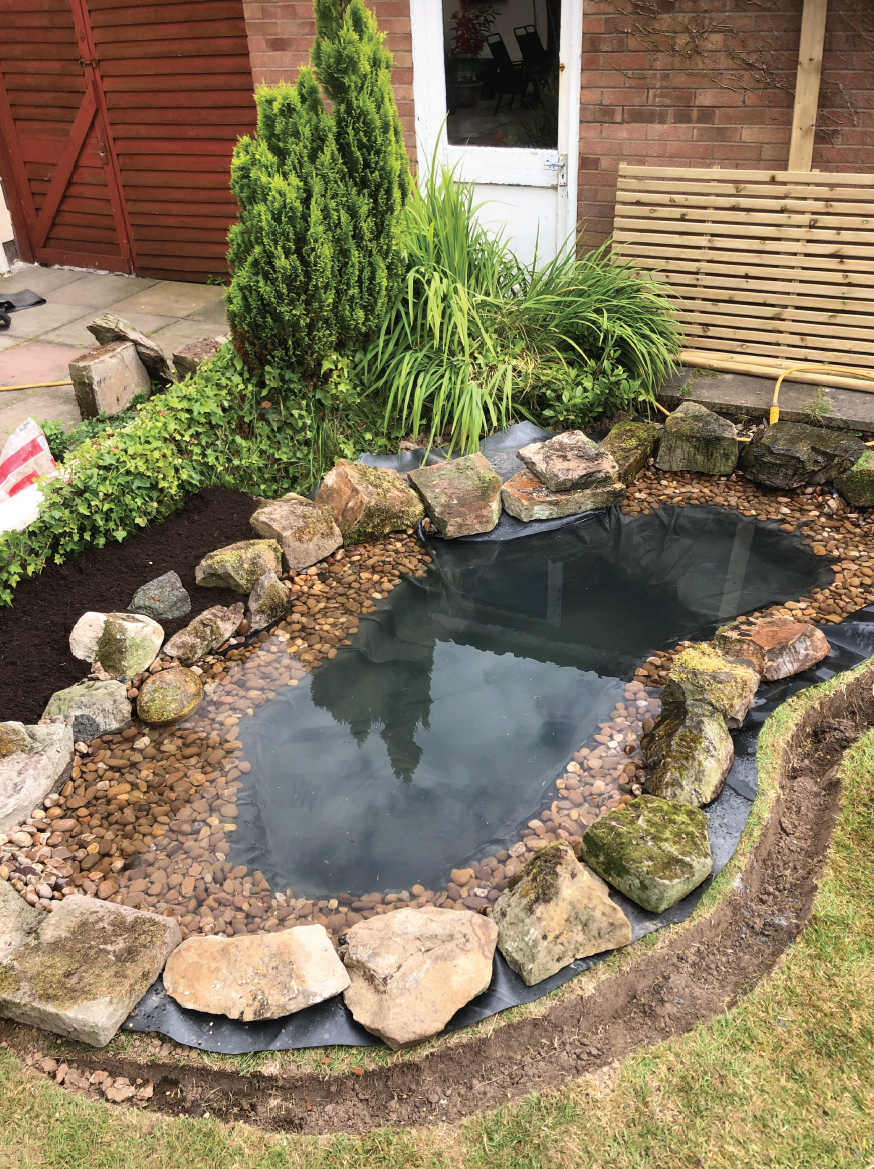 I began adding compost/plants (below) along the back section of the pond, I love ferns and think they are a perfect addition to ponds. I have also started constructing the waterfall section which will be a 2 part gently cascading waterfall. This will act as both an eye catching feature and also to help move and oxygenate the water (not to mention the relaxing sound it will make) 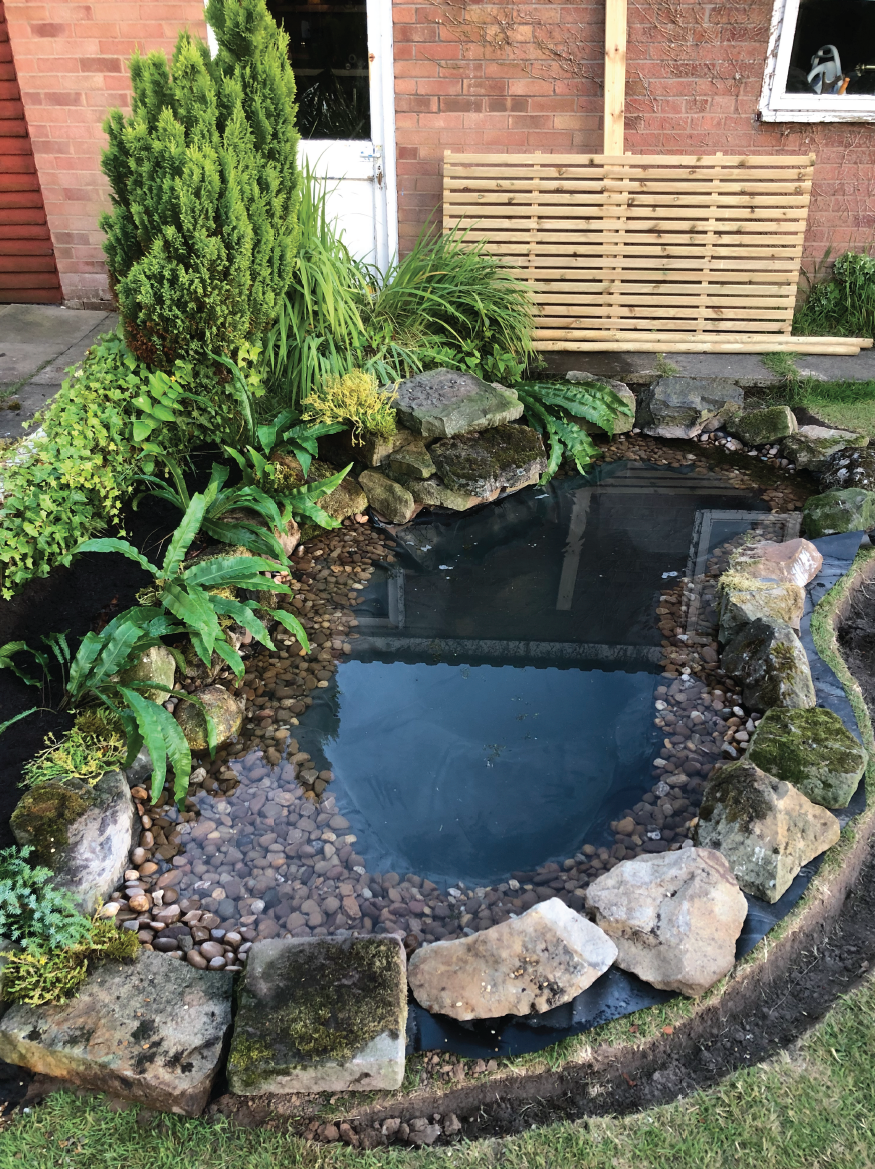 I finally got round to placing the fencing along the back of the pond and adding further planting. The pond is already teeming with life which is pleasing to see. The bugs seem to especially like the shallow area full of pebbles, this area if full of nooks and crannies for the bugs to hide in. 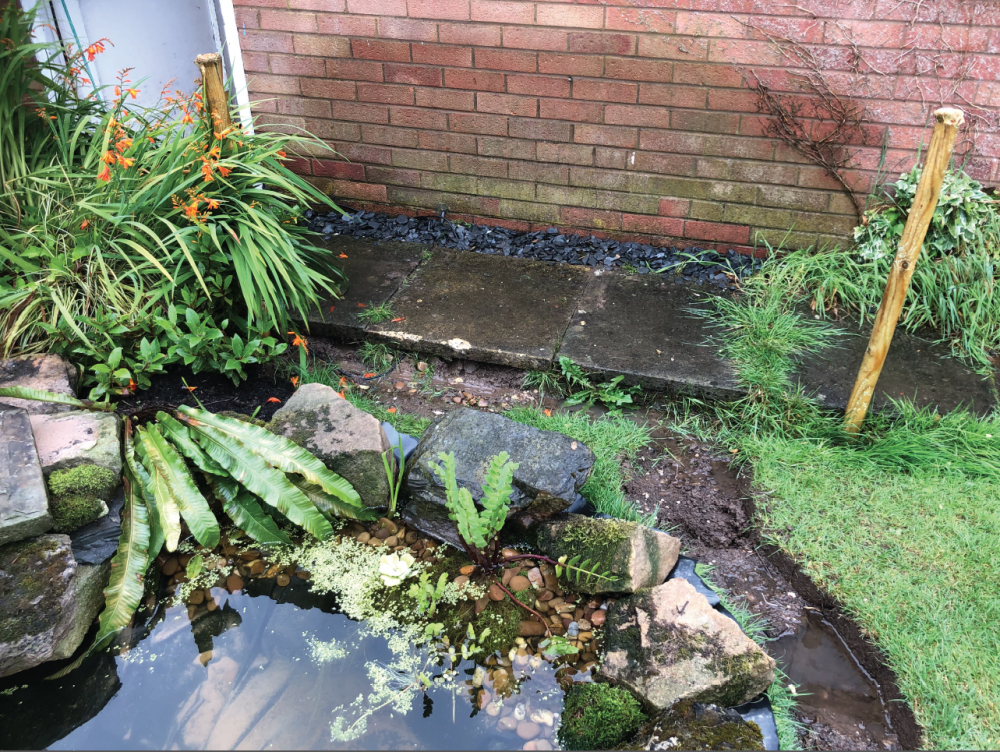 Up goes the new fence! 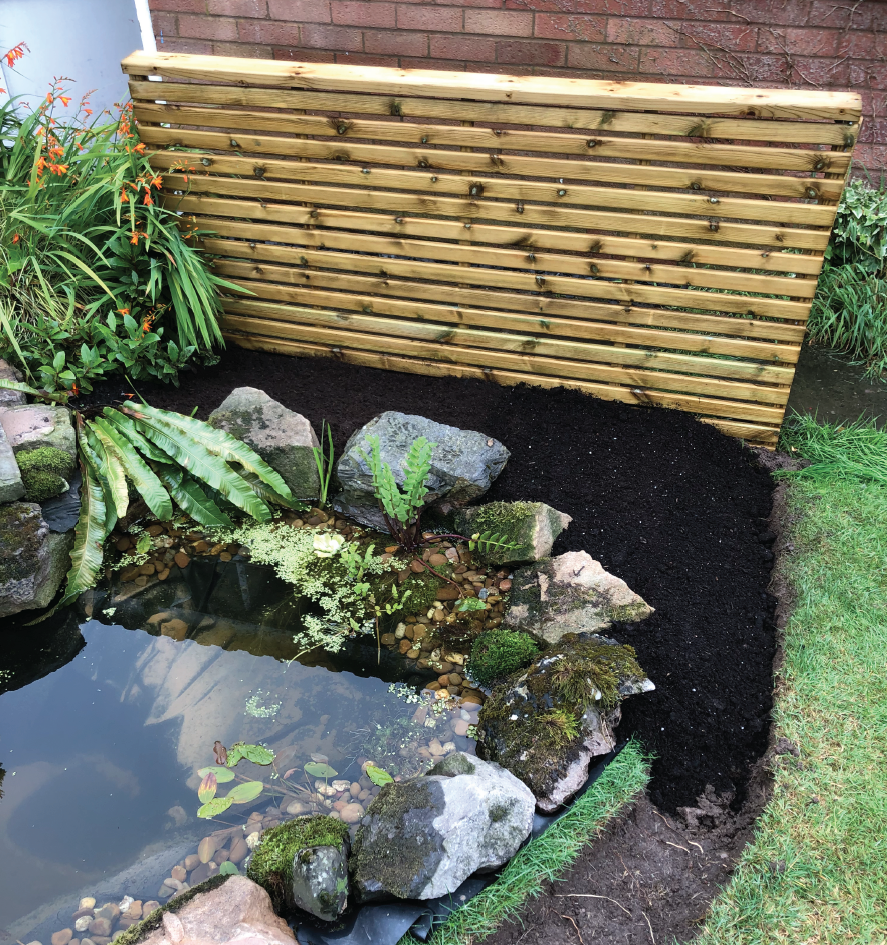 Plants added around the edges... 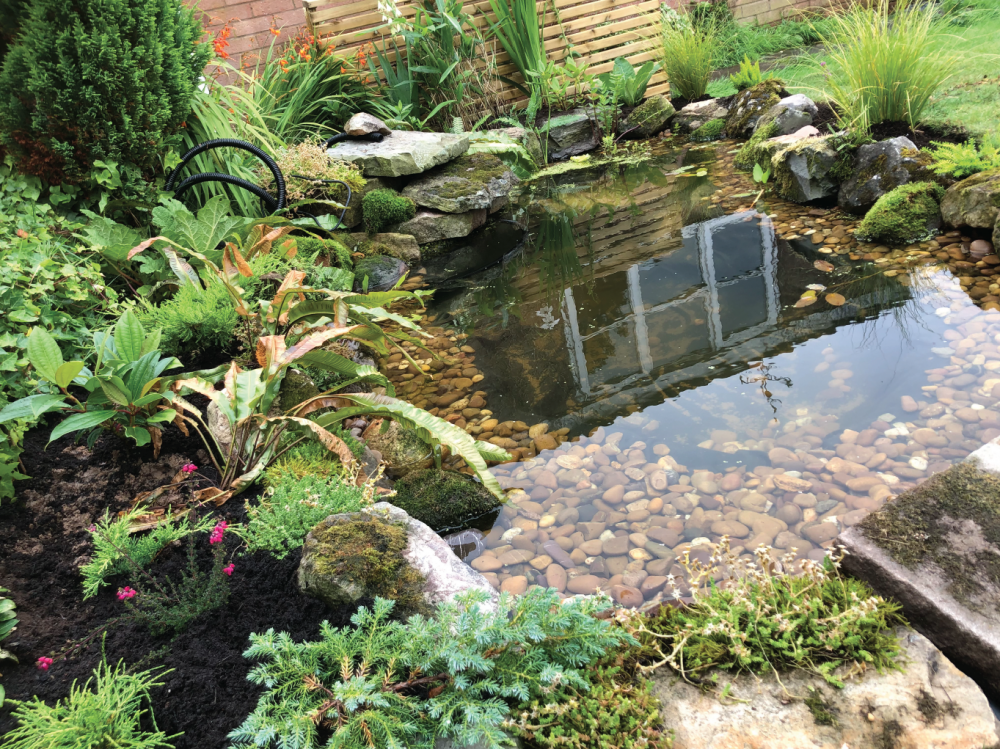 One of the final jobs was placing the pond pump in which was to pump the water for my waterfall feature. 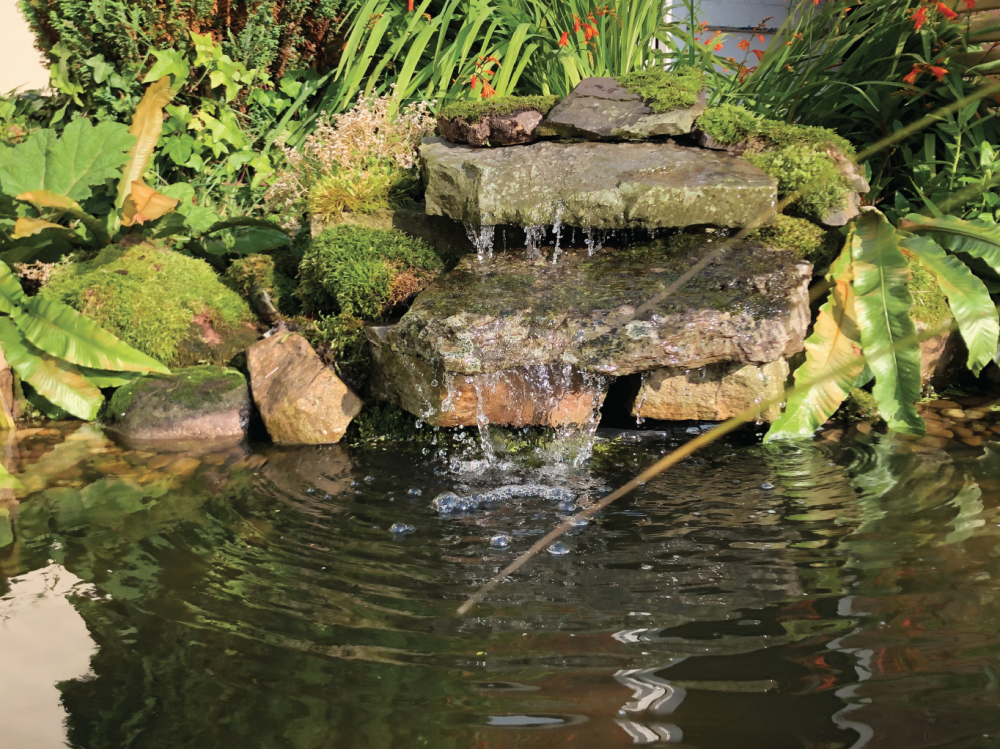 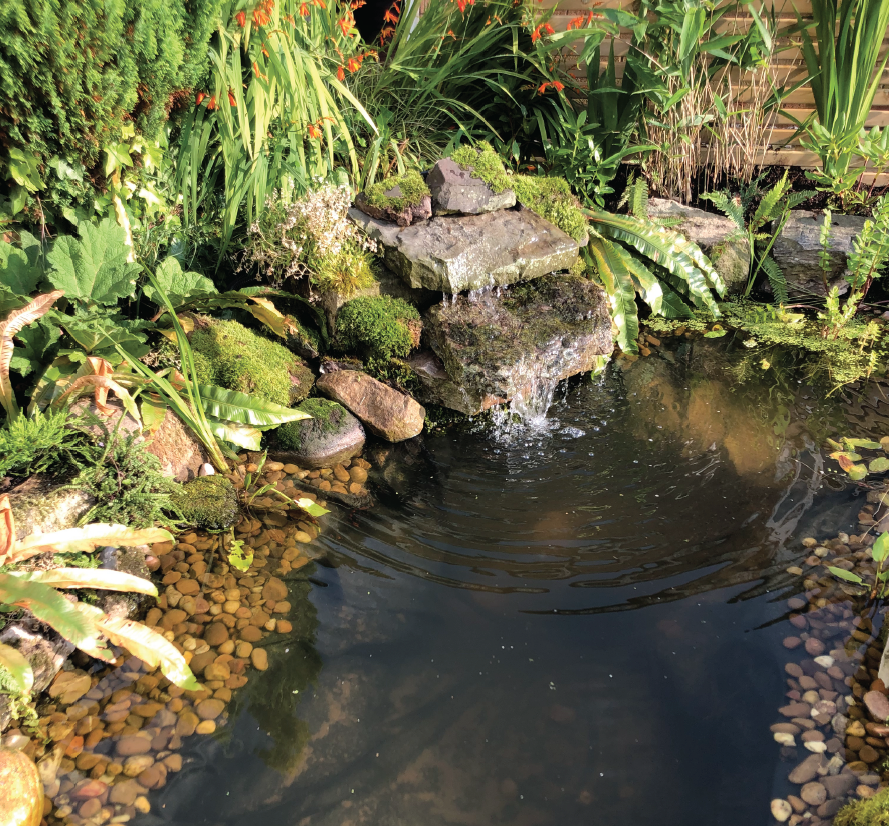 Some of the water plants I placed in at the edges have begun to grow and spread already.... 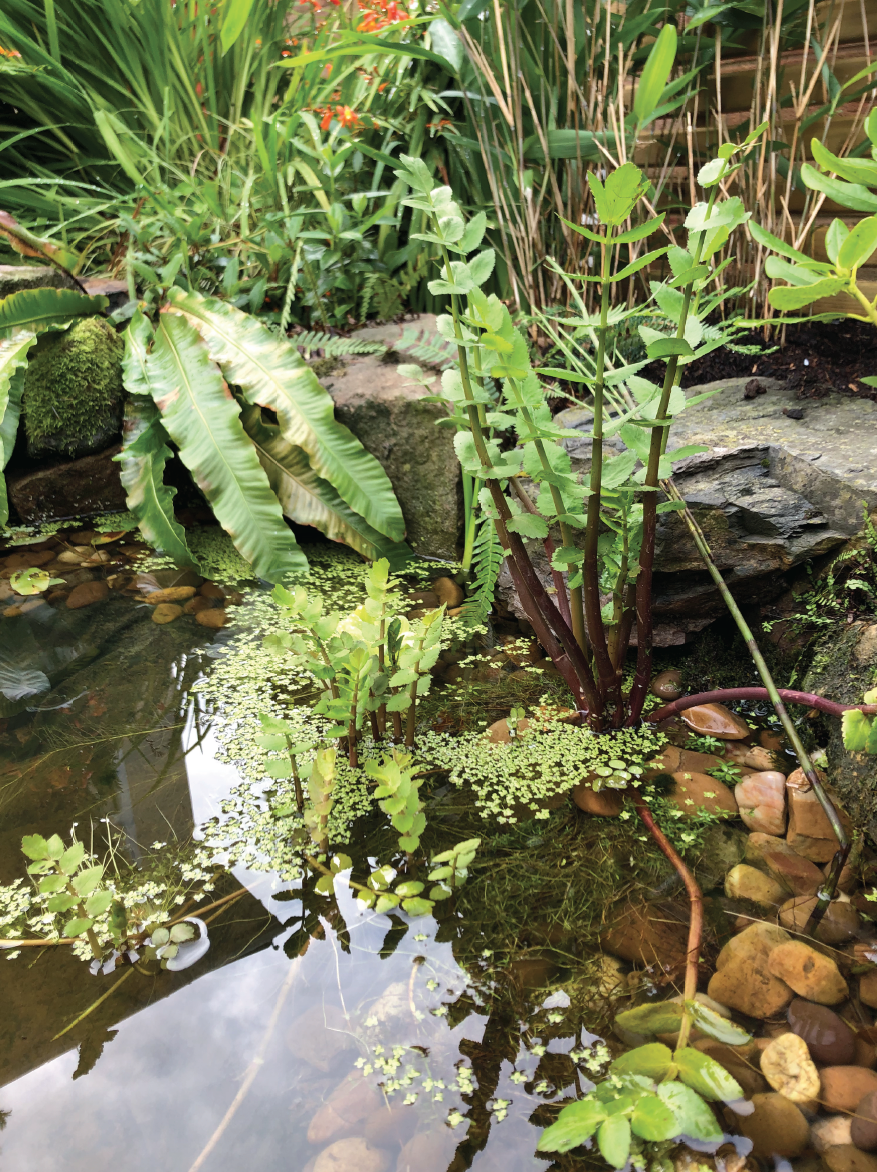 Below are some images of the pond just about complete. I still need to add the water lilies and also some more plants around the edges but most of the work is now finished. It just needs time to settle and mature. All in all the pond took a little over 4 weeks from lawn to how it looks below. I think it makes a nice addition to the garden and has really brought to life a quiet corner. I am pleased with the result and can't wait to see it grow and what wildlife it will attract. 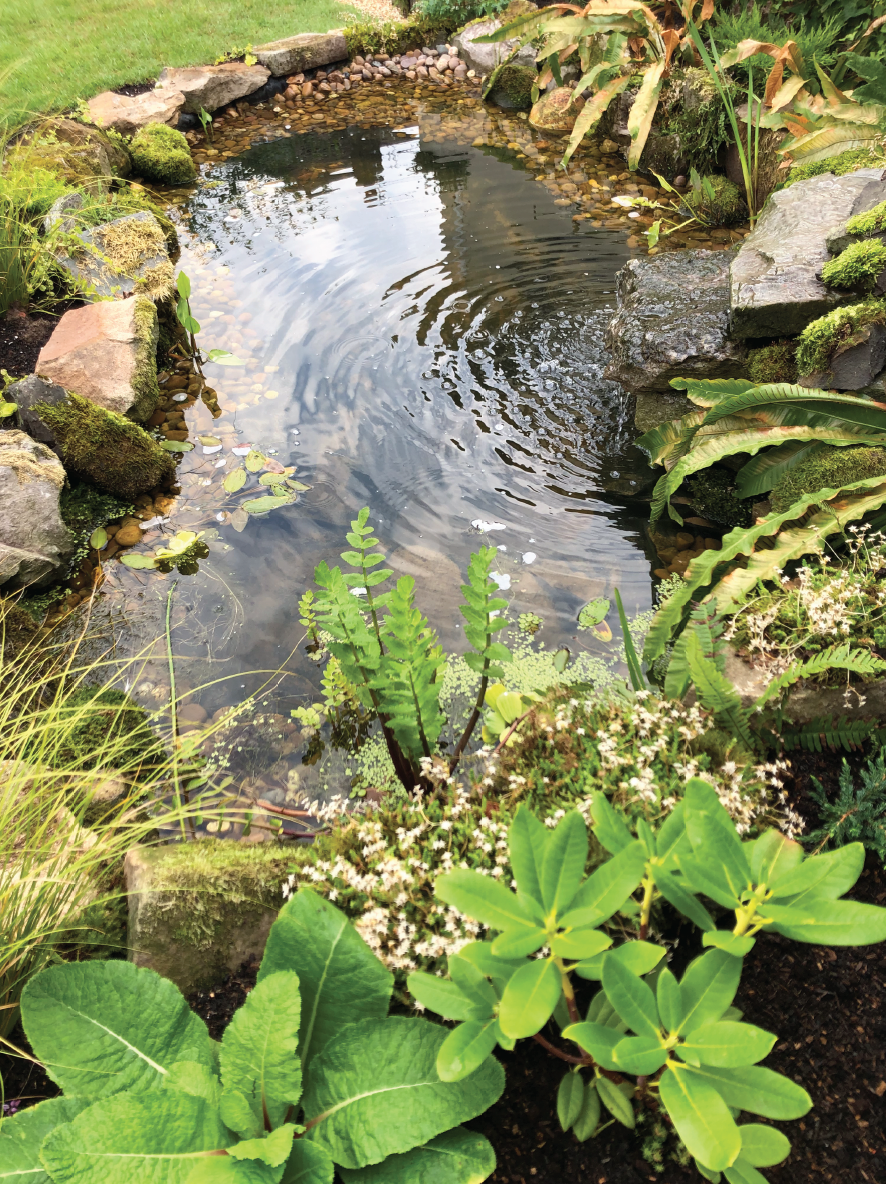 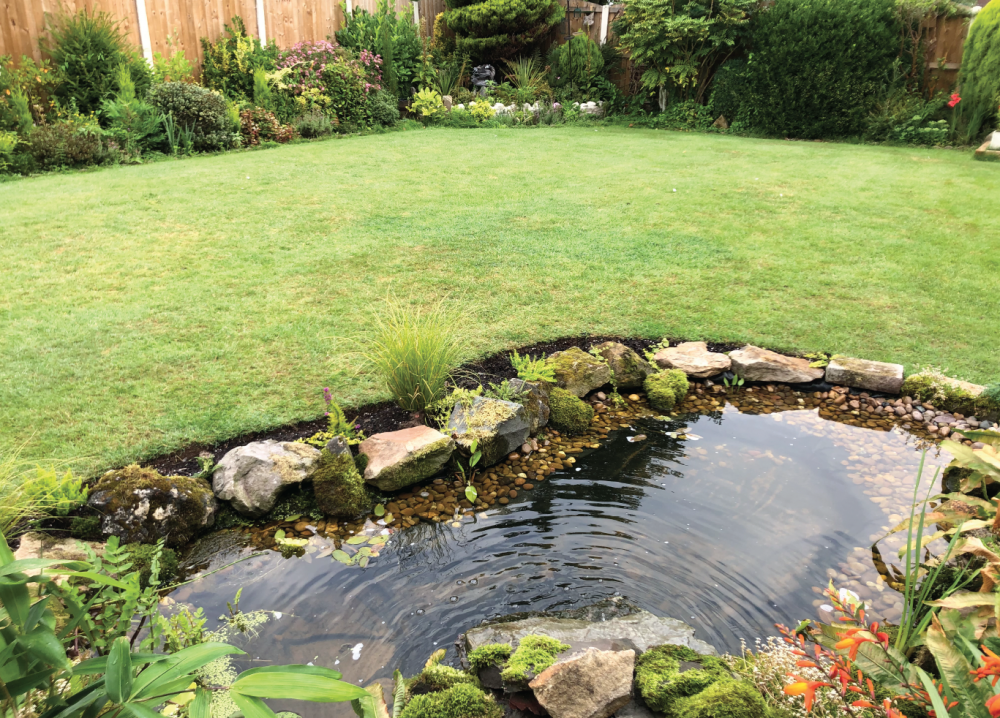 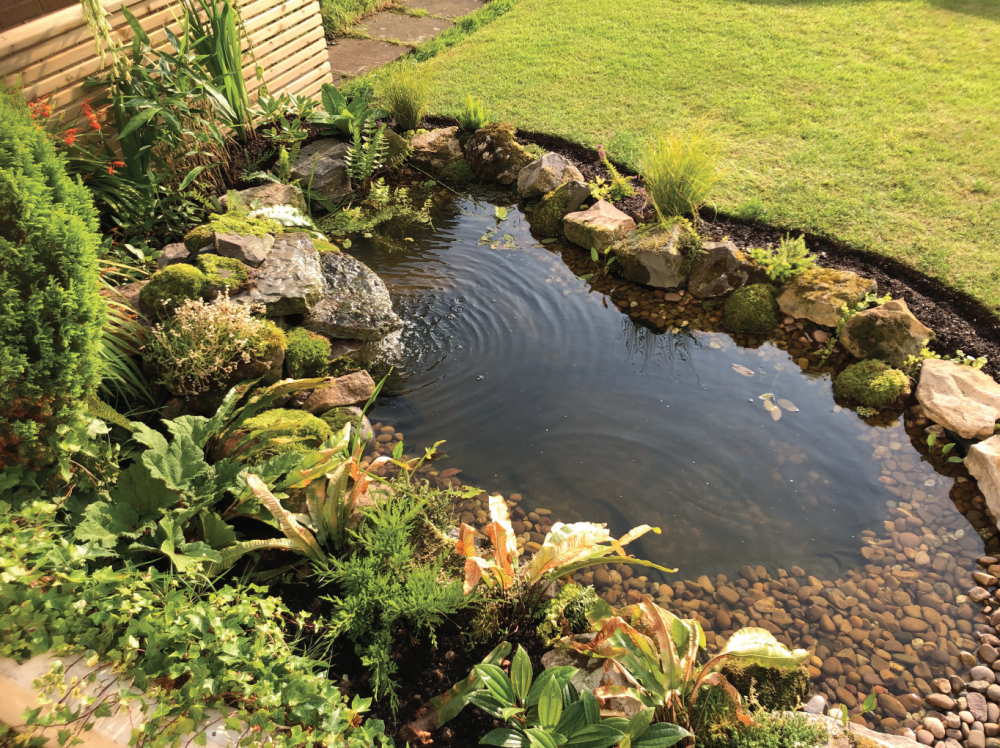 If you have made it this far, thanks for looking