mmsj496 Posts: 62
July 2019 in Problem solving
I bought the attached passion flower for a few quid earlier this year - it was tiny when I bought it.  I put it in the only pot I had available, which is quite large (L58cm X H24 X D28).  The perspective on the attached photos make it look much smaller than it actually is.

I used up a mix of left over composts, including some John Innes 2 and 3.

I was really please that it then 'shot' up the trellising I put in the pot (now completely covered), to be the robust plant it is now.  However, I have since read that, in order to flower, they like their roots to be constrained and quite poor soil.


The leaves that it first developed are now HUGE (although it now seems to be growing smaller ones), and I suspect it has had too much nitrogen.  I have since given it some phosphorous feed.


My question is, would cutting some of the huge foliage off, help it to flower in the future please? 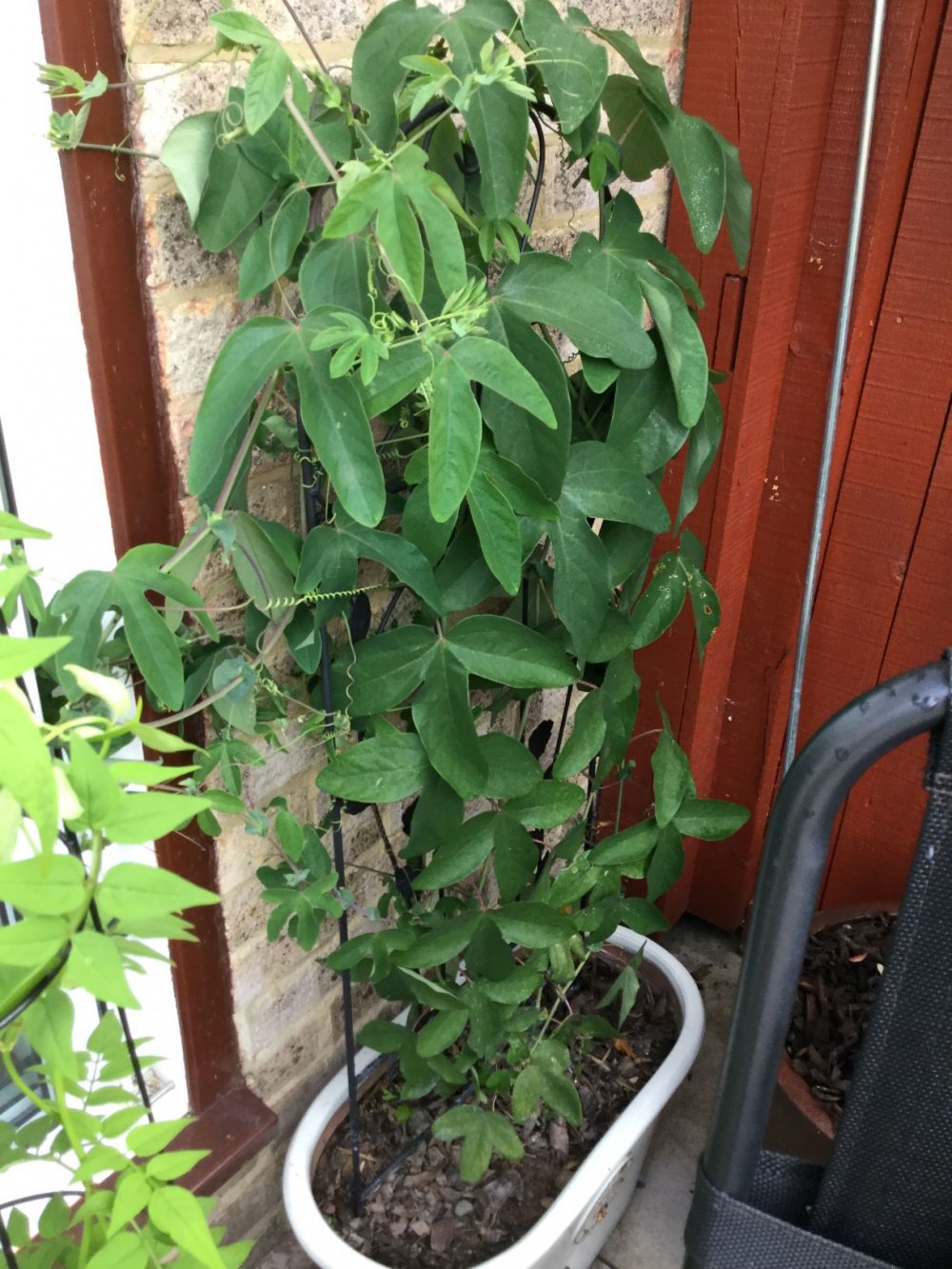 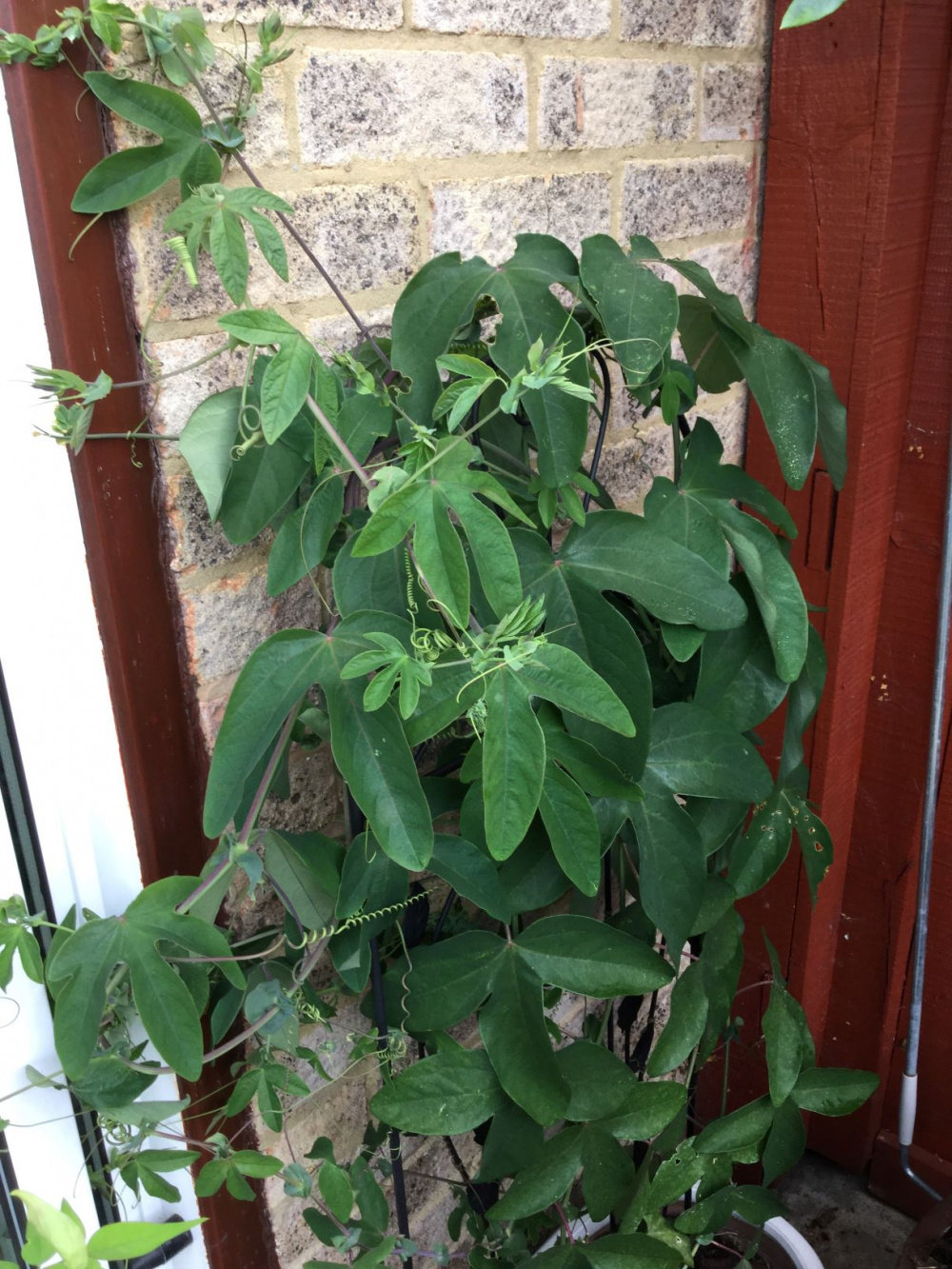