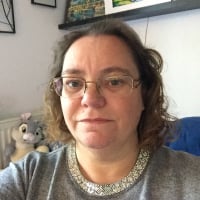 Jacquimcmahon Paris FrancePosts: 905
October 2018 in The potting shed
hi everyone. I received my update to the Gardeners’ world digital subscription yesterday along with the November isssue. What a disappointment. No more the feel of a magazine, rather a series of web pages which neither feel or flow like a real mag.
Anyone else using the digital version, what do you think of the new layout?
0
«123»