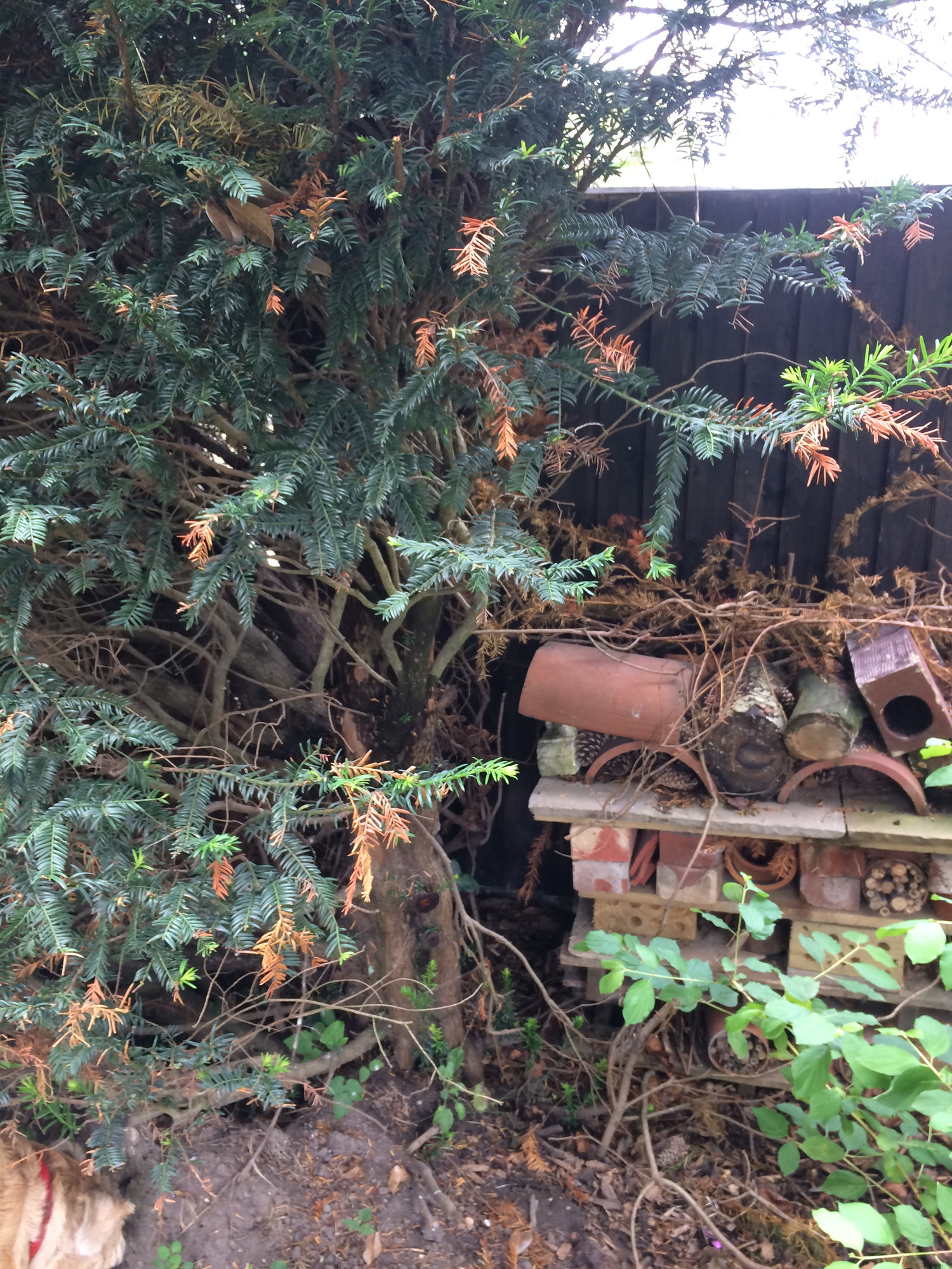 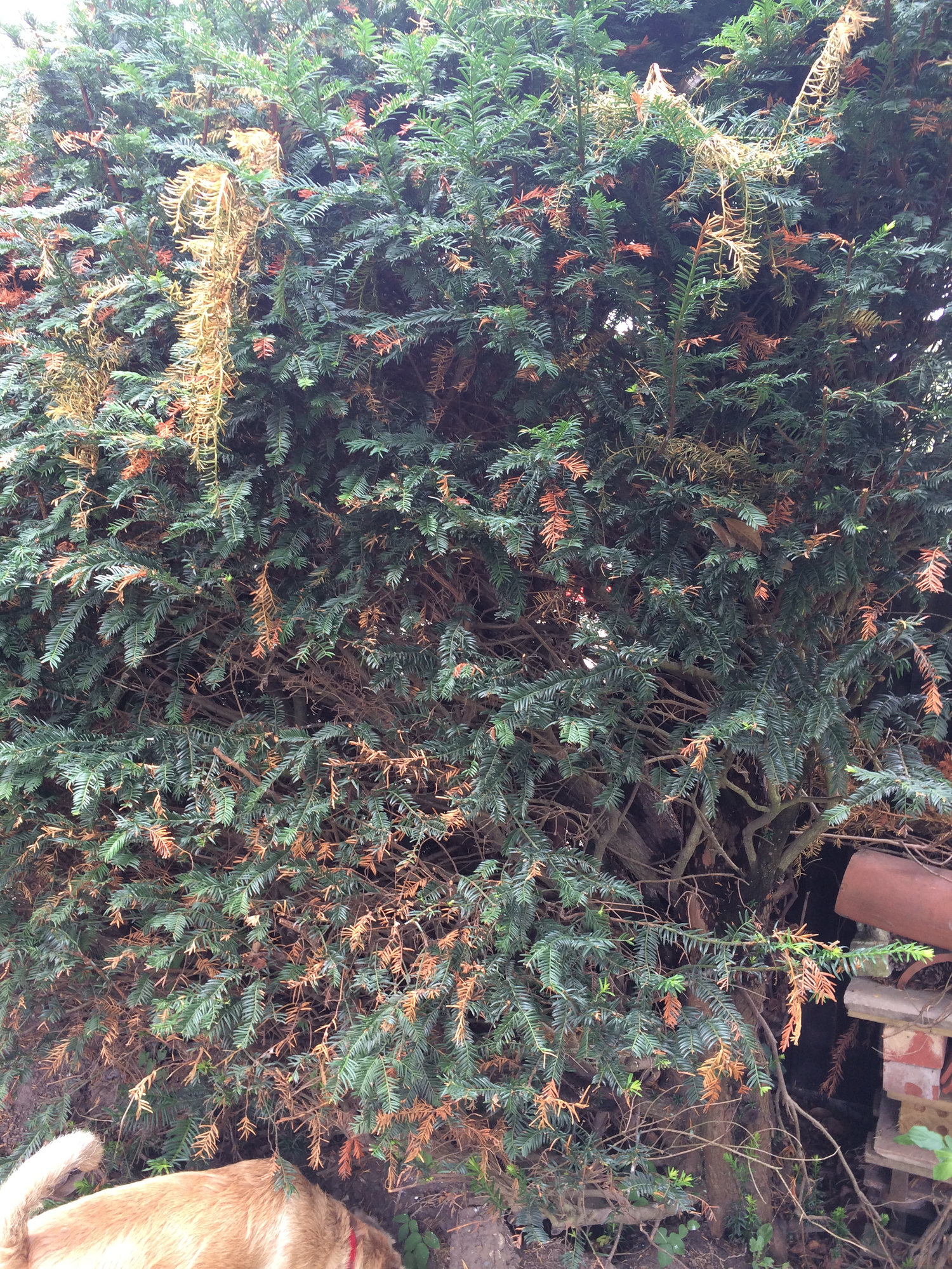 I have inherited an untidy yew hedge which has been neglected for some time.  There is greenery on the outside but the inside of the hedge which is about 2.5 feet wide in places is completely dead.  I have been considering taking it right back to the trunk in the hope that it may grow denser and therefore look better eventually. Other than that I don’t really know what to do with it. Any help / suggestions greatly received.  Removing it isn’t an option by the way.
0