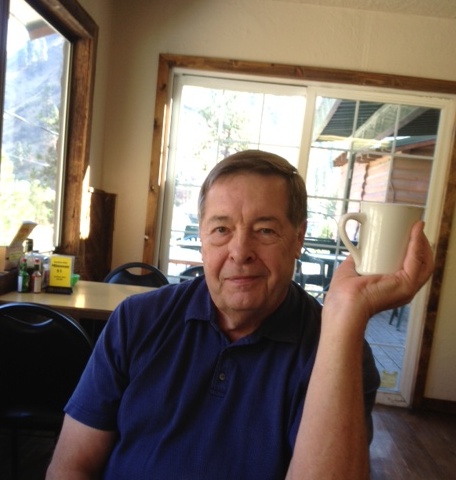 The latest project is the follow up to a paragraph read in a gardening book many years ago (circa 1999).
The book advised that “weeds could be permanently prevented from growing in a garden”. That weed prevention “would be afforded by successive plantings and tilling of buckwheat into the garden area”. Further, “the tilled in buckwheat would provide green manure to the soil, thus improving it for plants you intend to grow”.

Anything that guarantees a weed free garden and improves the soil naturally sticks in the brain. It stuck in the brain, rattling around, for almost 20 years.

Slow forwarding to 2017: I had a chance conversation with Rev. Joy Streight, the lead pastor at Castle Hills Church of the Nazarene http://www.castlehillsnaz.com , and some of her church members. They were attendants at a voting event at which I was the second person to vote (by 2PM) . With time on everyone’s hands, conversation began. This Church has a several acre garden whose produce feeds the needy. Early on it was nicknamed the Solid Rock Garden…."Some eighteen tons of rock are gone….But the weeds!! Nope...they remain and return" .
Out came the conversation about using buckwheat….”No, they never tried it, never heard of doing this”; “but... David, why don’t you come over the garden this weekend and talk to our head gardener”. The bluff was called, so to say. I went there on Saturday, bringing something tasty as an offering. The head gardener had never heard of the buckwheat trick. “How does it work?” A fair enough question. Trapped. A professional gardener had never heard of it; I had no technical information; I had never tried it. I sensed this was a turning point. It was time to do, time to experience! I said that I had about 100 square feet that I would experiment upon and would let them know how it worked, if it worked.
First off I wanted to go beyond the memory that “Buckwheat can prevent weeds”. The internet was now the tool of choice for this research. I foundhttps://www.greenmanure.co.uk. This site has a description of several plants used as green manures all with various alleopathic properties. “Buckwheat is thought to produce toxic substances that inhibit the growth of other seeds particularly effective against the germination of annual broad-leaved weeds. This is known as 'Allelopathy'. This can be a problem if small vegetable seeds are sown directly after buckwheat has been dug in, like carrots or parsnips, so leave a month before sowing seeds. It doesn't cause any problems for small seedling transplants. Buckwheat can be sown anywhere in crop rotations”.
Somehow, saying that “plants can have allelopathic properties; can provide green manure; and can supp