Is mid-June too late to prune cotinus?

I am in zone 3 (Canadian prairies) and I have a 4-year-old Grace smokebush that has developed upper branches that are leafless except at the ends. I would like to hard-prune it down to within a few inches of the ground. In the photo you can see that it has a single trunk that branches into two very low down . . . I would like to cut it below the crotch in the hope that it will come back as a shrub rather than a tree.

Everything I have read says to do hard pruning in the early spring. 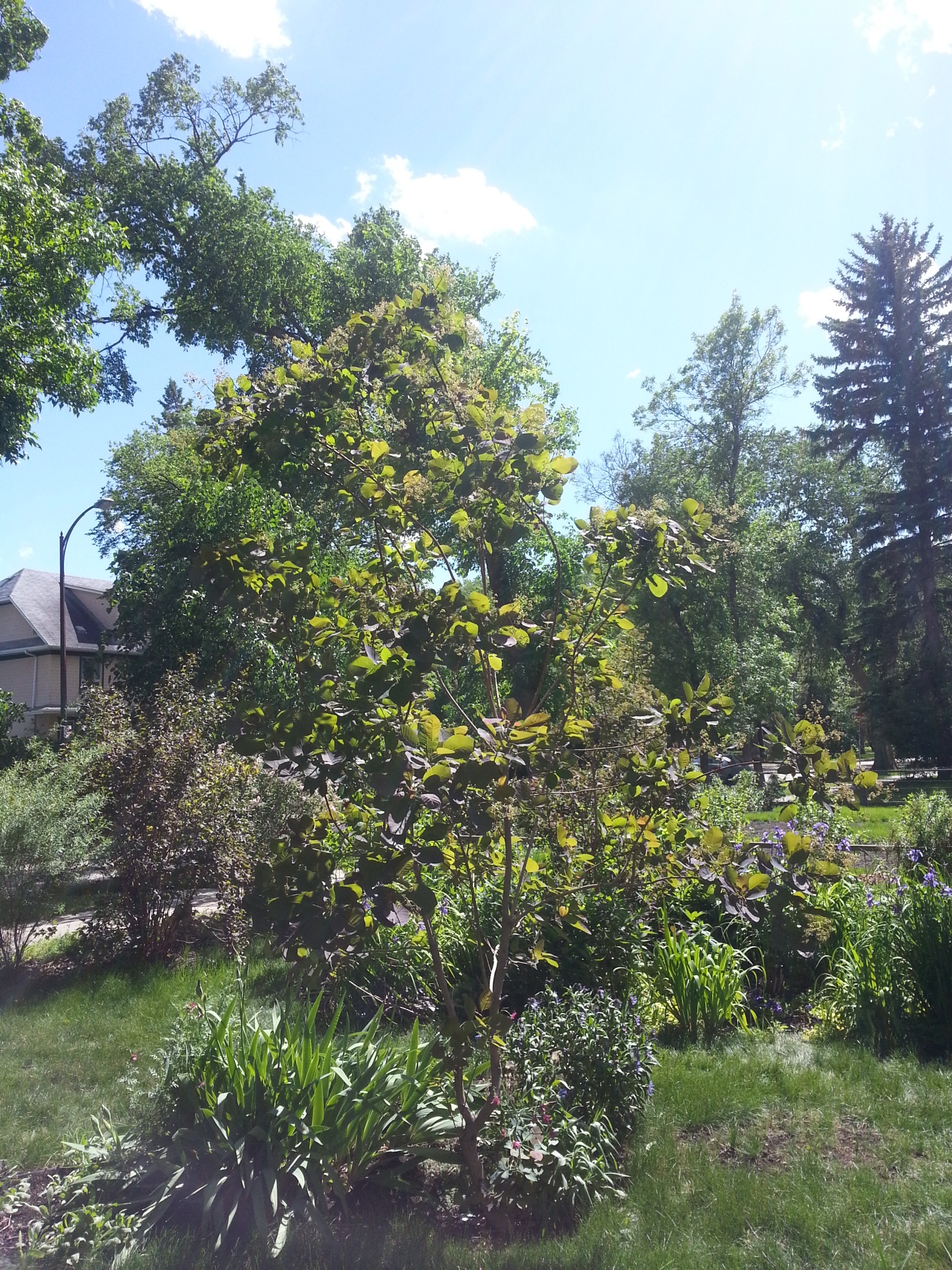 Is it now too late? I don't care about sacrificing foliage, but of course I don't want to kill it or endanger it either.