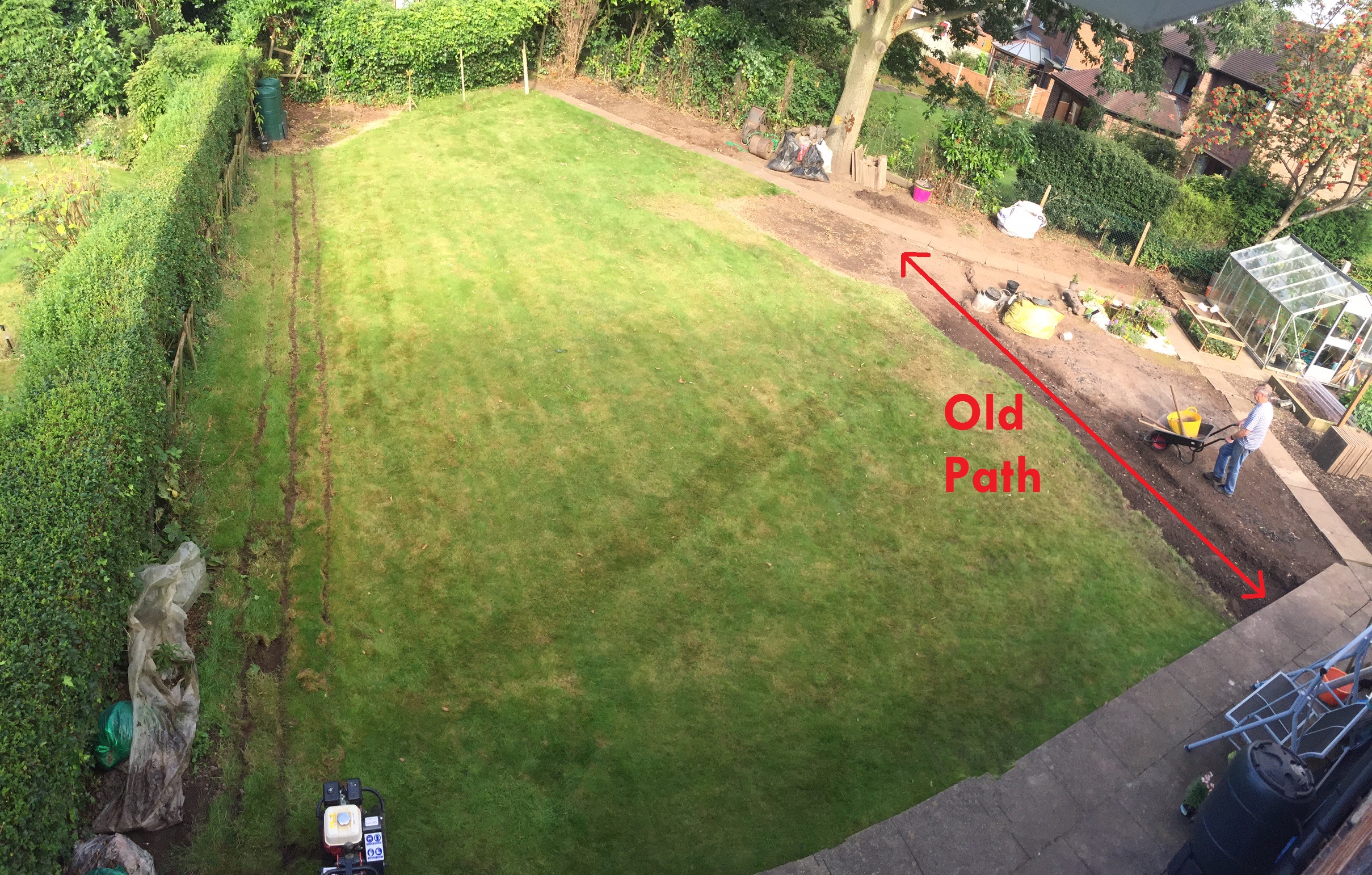 I'm in the process of replacing my old lawn that was bumpy, full of moss, thatch and meadow grass. I have also removed a path down the edge of the lawn and was planning to extend it slightly over where the path used to be. 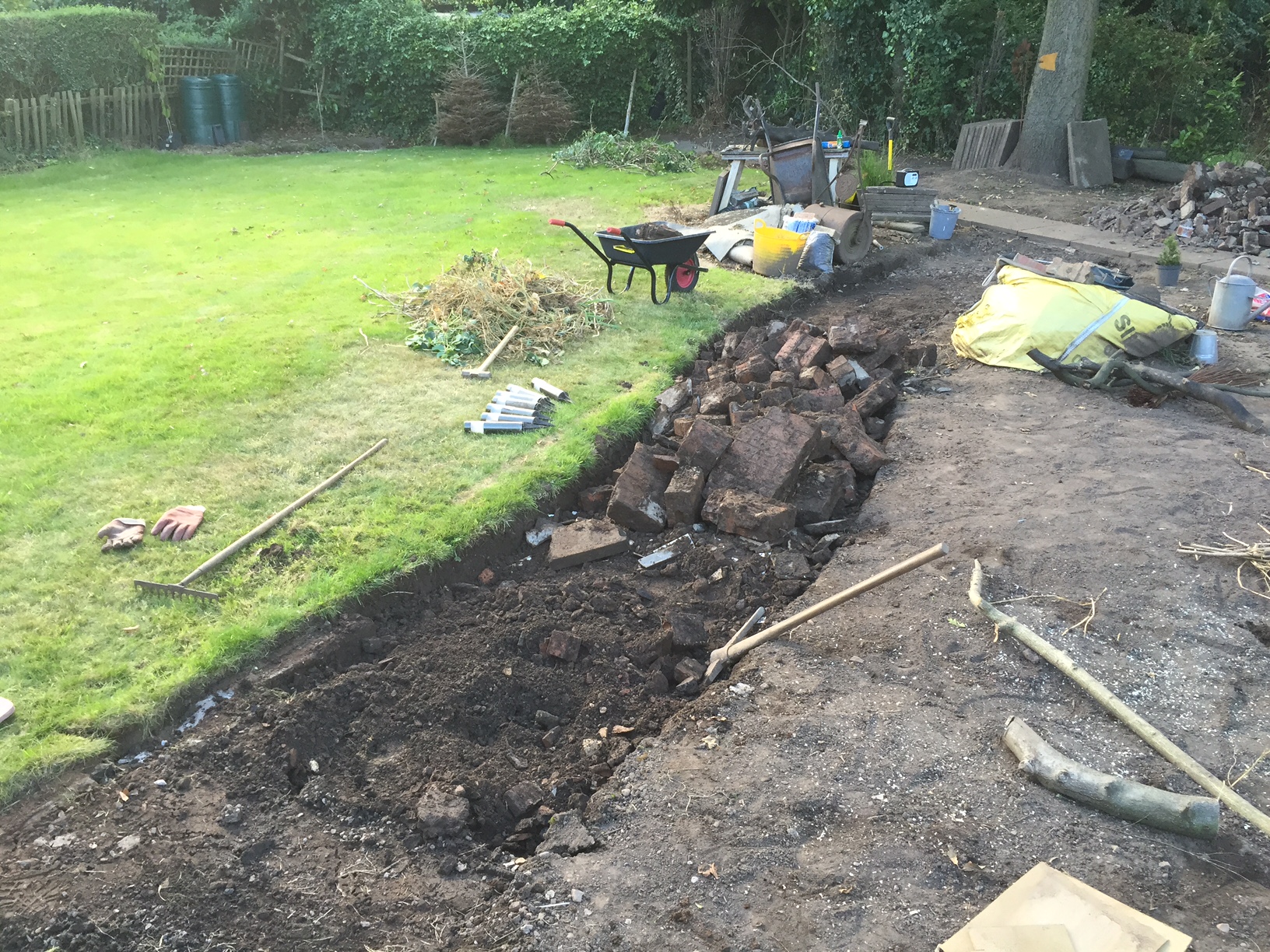 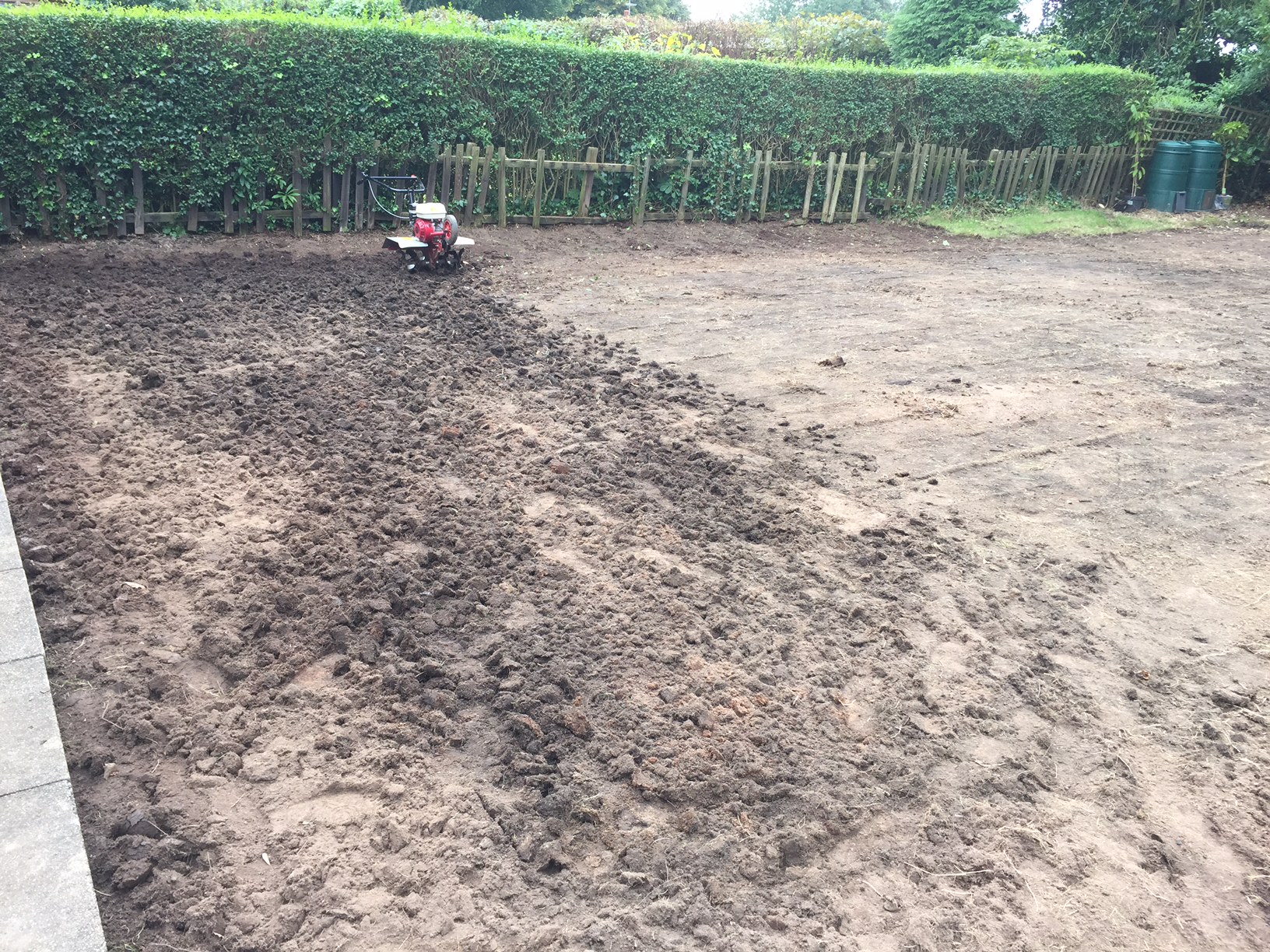 Because the soil was so firm and quite clayey however, it's only rotivated to a few inches depth. I also now need to level out the low spots on the lawn and also fill the area where the path was removed, which is likely to use quite a bit of the rotivated soil.

This is how it looks at the moment... I was planning on sowing the new lawn from seed as I thought buying turf would be very expensive and sowing grass seed would be the cheaper option. From what I've been reading however, I will need at least 6" of workable soil to lay the seed on including ideally at least 2" of topsoil.

The old lawn was around 130 square metres but the new area will be around 160 square metres, so to give just 2" of top soil coverage over the whole area I've calculated that I would need to buy 11 tons of top soil!

If I need to purchase this much top soil (as well as the seed) then it may end up being just as economical to fork out for 160 square metres of turf (which I was trying to avoid as I thought it would be too expensive).

At the moment my options appear to be: -

1) Level the area then purchase 11 tons of top soil which would give me 2" of topsoil on top of the few inches of rotivated soil (not even sure if this would be enough?)

3) Level the area then purchase rolls of turf (this would also be very expensive and I'm still not sure if I would also need to put top soil down before laying the turf?)

I'd just like to know the most cost effective way of acheiving a nice flat, weed free lawn that's going to last. Any advice anyone can offer would be greatly appreciated :-)