What to plant in a difficult site.

At the end of my east-facing garden are several very tall oak trees, with a row of conifers in front. Next door's sycamore also overhangs much of the end - I know I could cut the branches off (and give them back to them) but it would be a massive job and nothing is ever going to turn this into a sunny spot.

Under the conifers I'm trying to establish whatever I can. In front of that is a bark mulch 'seating area' - though we never actually sit there! In front of that again, next to a row of conpost bins on the north-facing side, we did try a wildlife meadow but after three years just ended up with plantain and five-foot high docks. So I came up with a plan to divide it into separate beds, thinking they'd be more manageable, and OH laid some old edging stones we had beautifully: Then I changed my mind, and rearranged them all again. You can imagine how pleased OH was 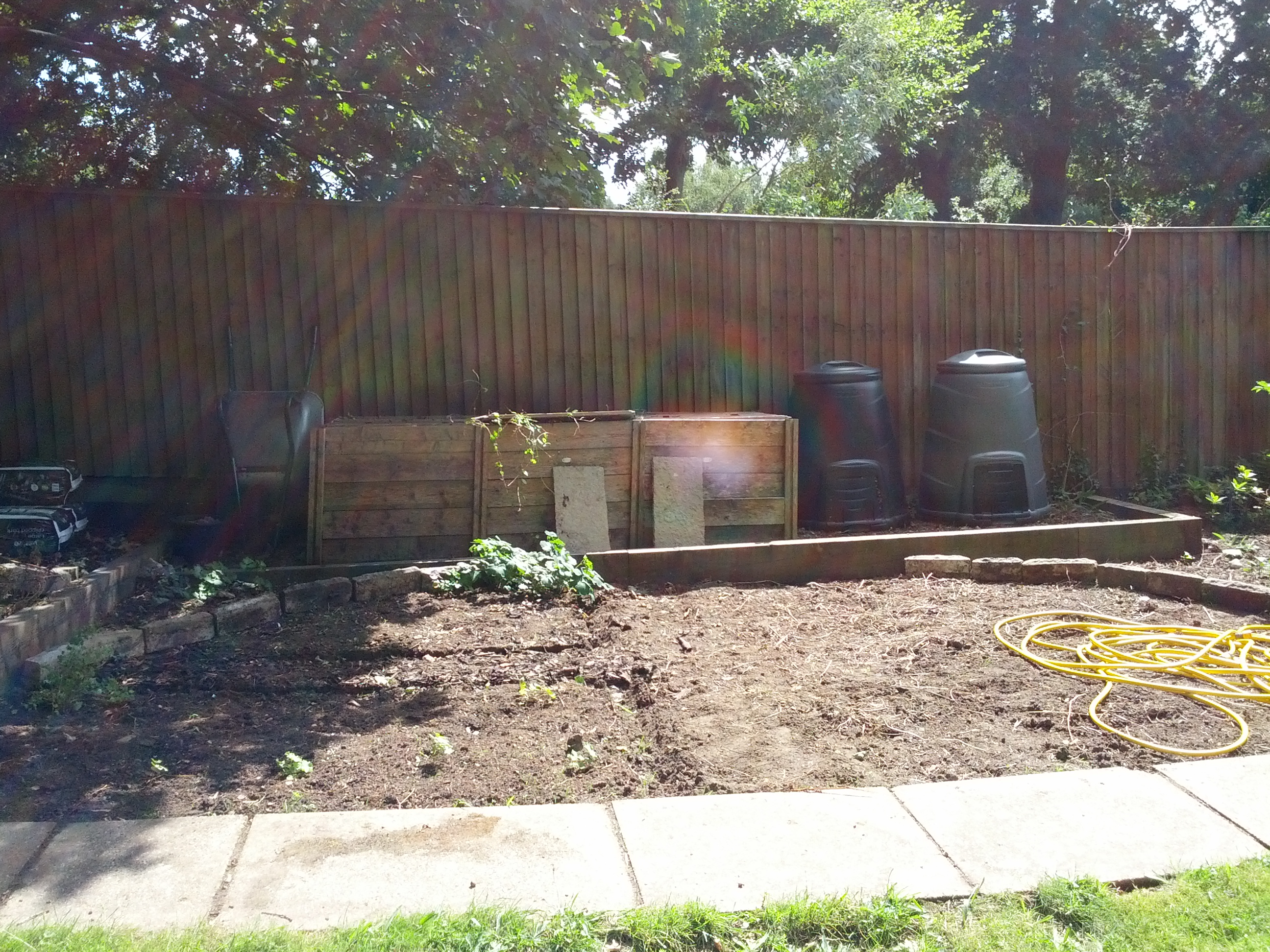 I was thinking of laying it to lawn in a rough semicircle (to match the lawn on the other side of the path), but I'm still tempted to try growing something more interesting. I've put a few aquilegia vulgaris in, and some hardy geraniums and alchemilla mollis which had self-seeded in gravel elsewhere. I also have four fuchsia 'Berry' in pots I'm thinking of trying here, but would love any suggestions (including 'give up now and lay it to lawn'). As well as being very shady (I timed it as around 3-4 hours sun a day in August), it is dry, sandy and acid. We also have a huge population of voracious slugs & snails who destroy anything they find remotely palatable.

Thank you in advance