I planted a Camellia Japonica 'Kramer Supreme' earlier this year.  It's doing really well.  My concern is that although it is growing quickly, I am having to water it ever other day to stop the new growth from wilting (see the picture) even though the soil feels moist to touch.

I'm giving it the best part of a watering can when I do water it and the new shoots then perk up again within a couple of hours.

The bed where I've planted it had a large (i.e. 25 foot) leylandii which I had felled and then the roots ground out very thoroughly.  It's probably quite free-draining (which I thought camellias like) and I've made sure the soil is suitably acid.

Do I need to worry about this, or should I just keep watering it as I have been?  Will it suffer irreparably if I let it wilt for any length of time? 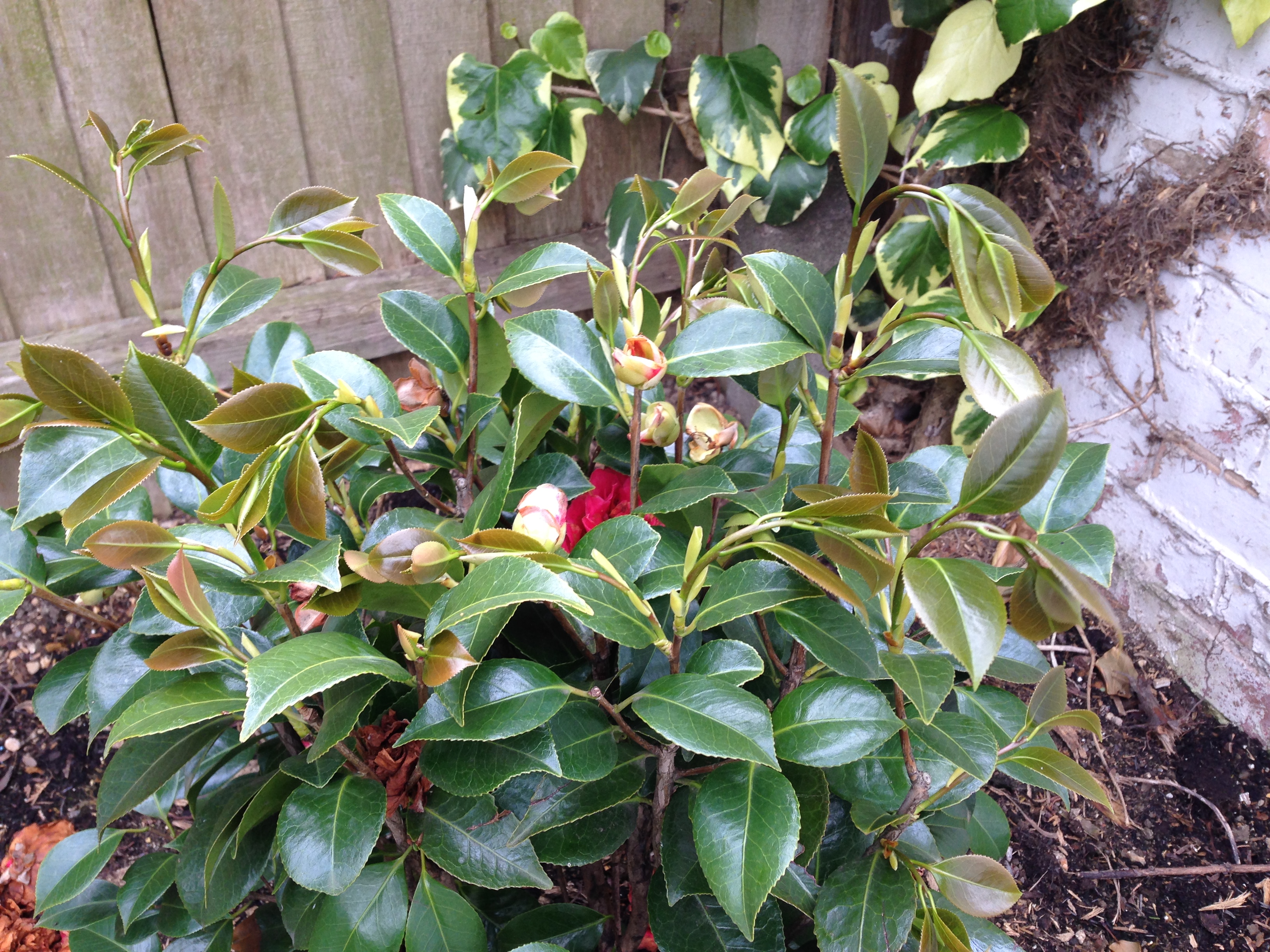