A bit of a drainage problem

Those of you who replied to my question some months ago about drainage and heavy soil might have some tips on how to harvest my garlic now that the pot is not quite as waterlogged as the rest of the garden...

I can't physically get to my beloved greenhouse and shed to check on them, and I'm trying not to be distraught about the summer house 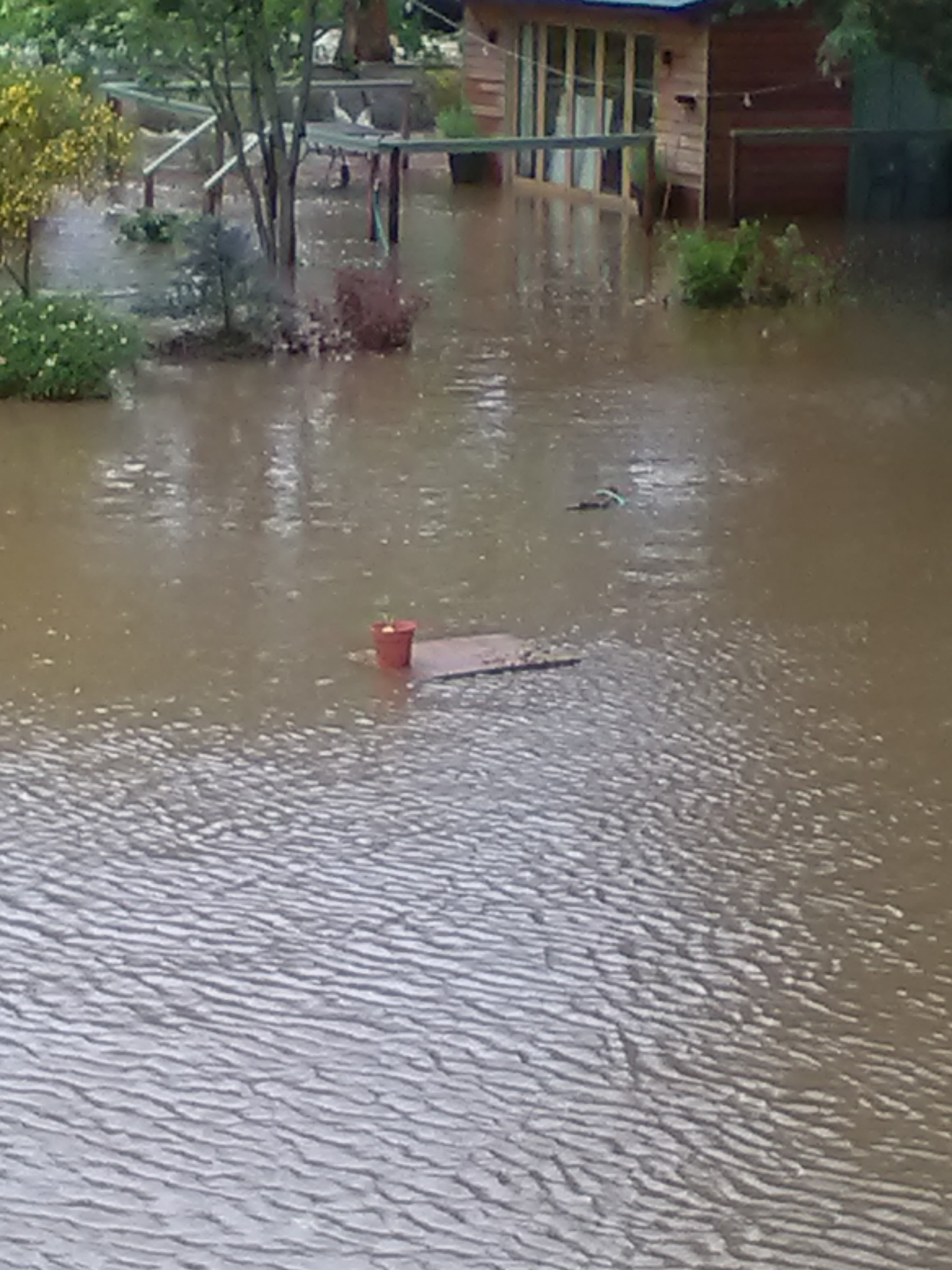 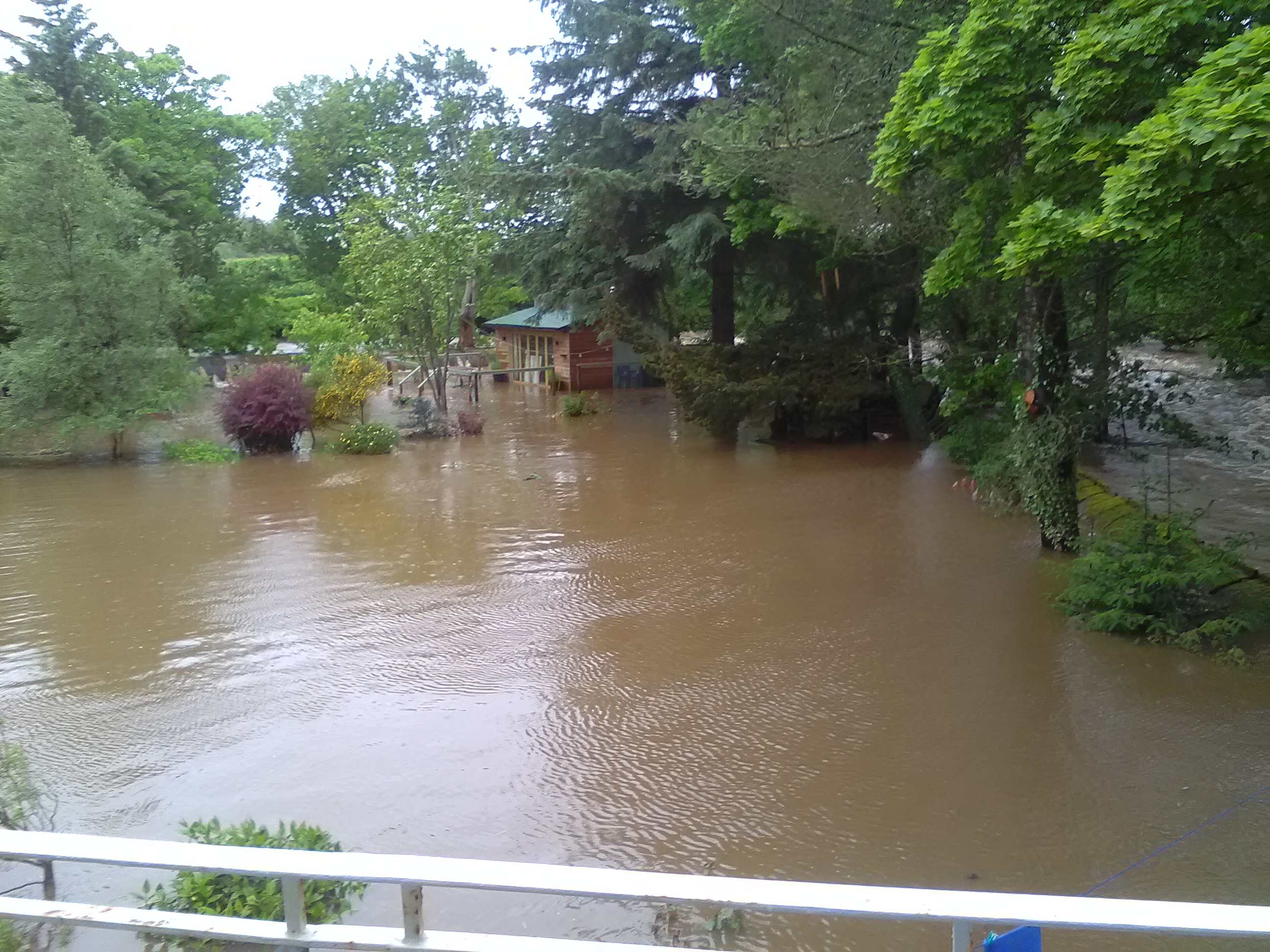