i have several skimmia (either 'Obsession' or 'Temptation') which are planted in large planters with various other shrubs. They were planted in December with beautiful red berries. They have each put on copious growth this Spring and are doing well bar one which is bending over at the ends whilst simultaneously dropping leaves.

there is no evidence of infestation although there has been a greenfly epidemic on the dark tulips nearby which I have sprayed with a commercial product. Other planters were simultaneously sprayed and the skimmia are doing fine.

In the second image you can see, on the right, the other skimmia which has copious growth...maybe too much? The poorly one is on the left at the back

Is is it too late to save it? 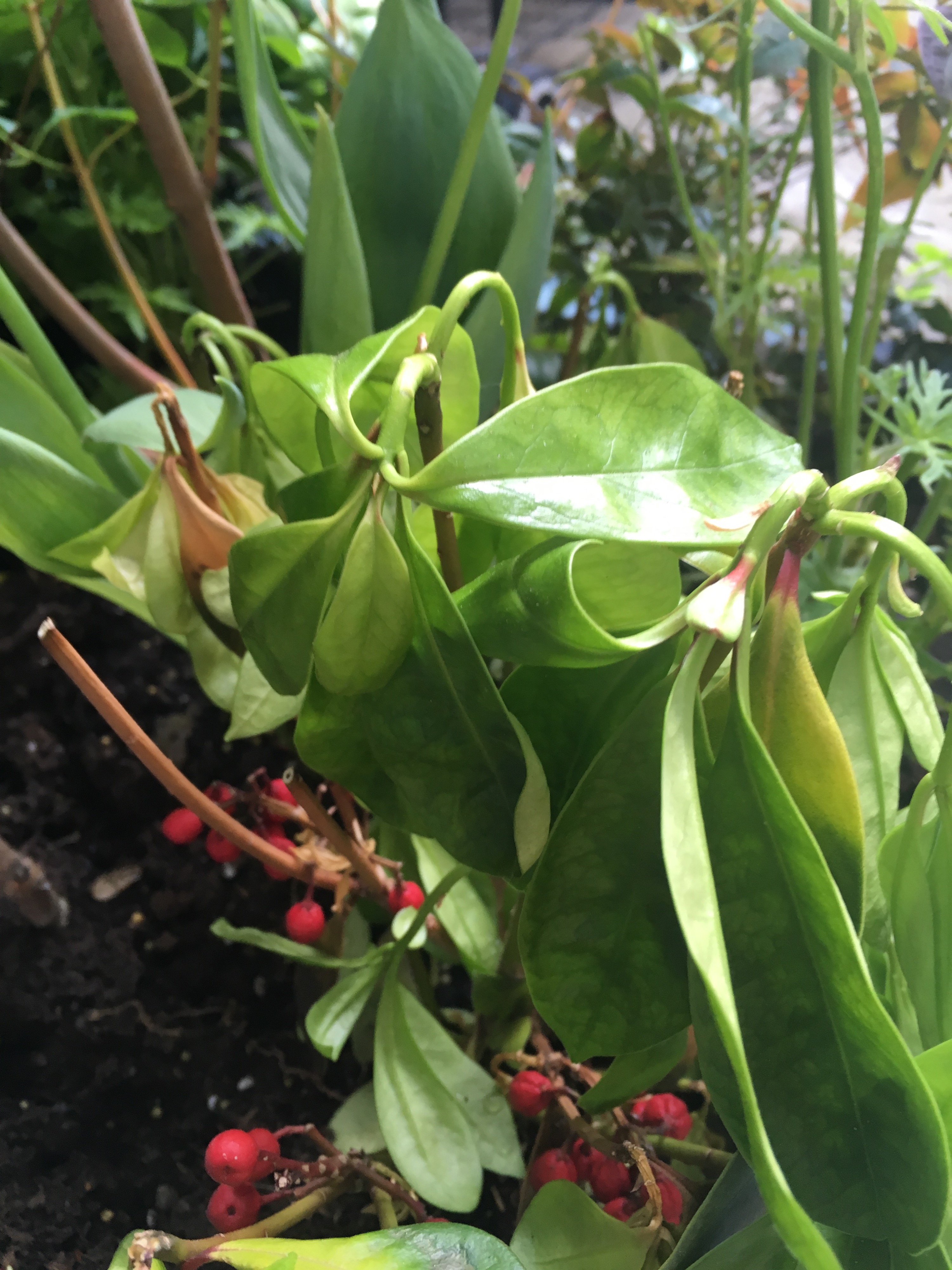 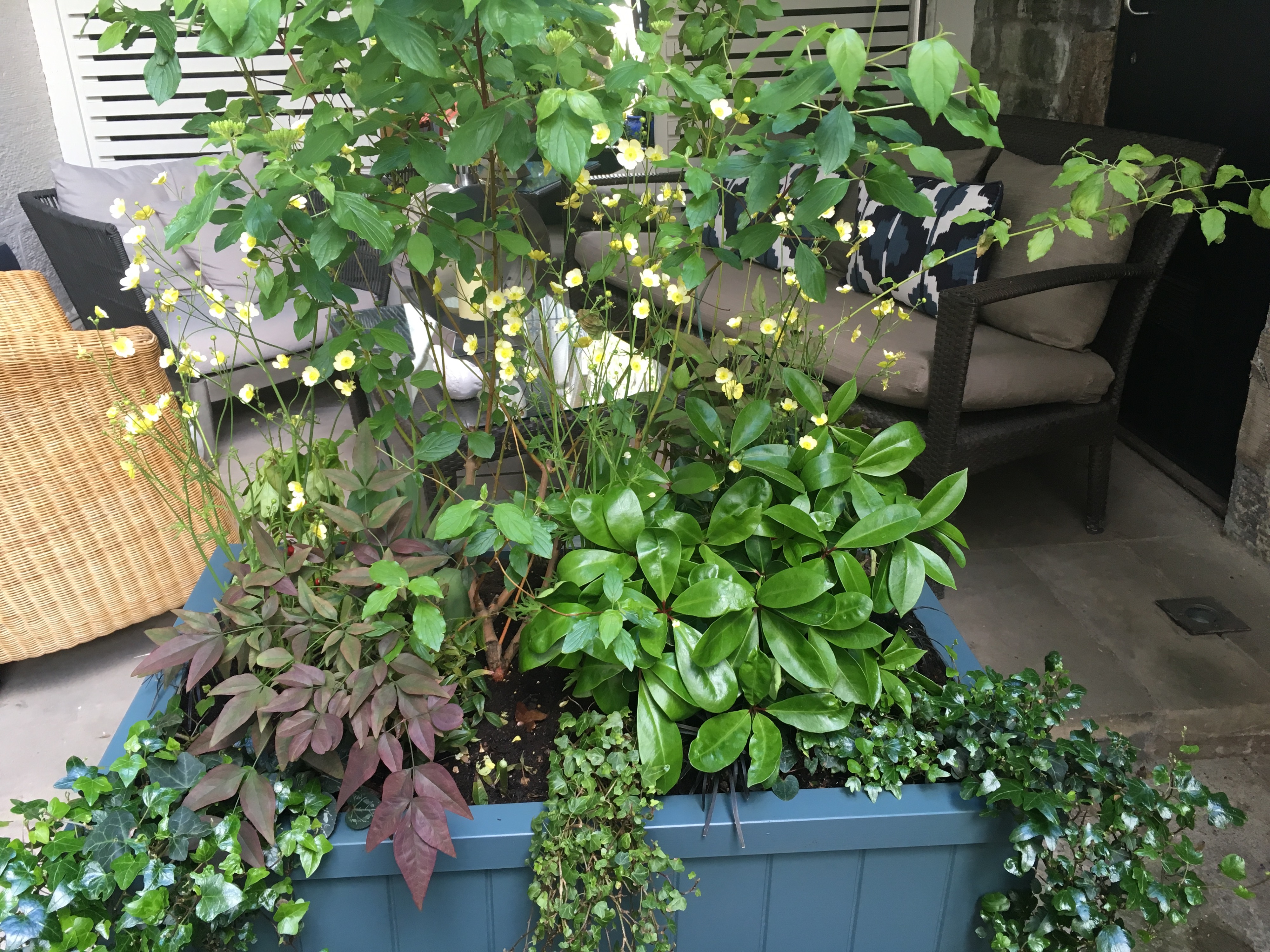