I have a very large lawn (~400sq m) that is heavily overgrown, to the point that I cannot get it back under control any more.  I have back and shoulder trouble and my lawn mower doesn't start, so I've been unable to mow it before it got too long.  I'ts now well over a foot long in places.

I've borrowed a strimmer but this is too painful for me to use for long, so practically, I'm not going to be able to beat the whole lawn this way.  I've also borrowed a beast of a petrol mower but because the lawn has been growing unchecked for so long (it's not been cut since last summer), even that won't get through it - even after strimming!  The grass is just too clumped and big now.

So, I'm left with destruction!  With such a large area, I'm thinking chemical is the way forward, but the only thing I'm really aware of is glyphosate.

Here's the tricky bit.  Within the lawn or around the edges (with no upright barriers to separate them) I have a goldfish pond, and plants - an acer, acanthus, raspberries and rhubarb, two apple trees, two veg plots (with potatoes in), pampas and shasta daisy and a large tamarix.  Obviously I don't want these to die!  I'm thinking with the acer and acanthus, I could spray to within a couple of feet then dig the remaining turf out - that I could manage with small areas.  Would that work, and how much of a gap should I leave to protect the plants and pond if so?

And the other question - how long before it's safe to re-sow?  I've needed to redo this lawn for years, the species in it are very vigourous and always get away from me at least once a year but snever to this extent.  I'd like to re-sow with different species - lawn daisies, plantains, clover, that sort of thing.  Still a green lawn, but not as thick as the current stuff so if it does get long, it's not going to take a mammoth undertaking and a sacrifice to the gods to get it under control again.

And - final thing - along the back of my garden where the veg plots and apple trees are, I want the lawn removing altogether as that area will be all for fruit and veg in the long run.  So whatever I use, I'll need to be able to plant food to eat in the soil afterwards.

Picture of the pond to give you an idea - and this is the shorter bit! 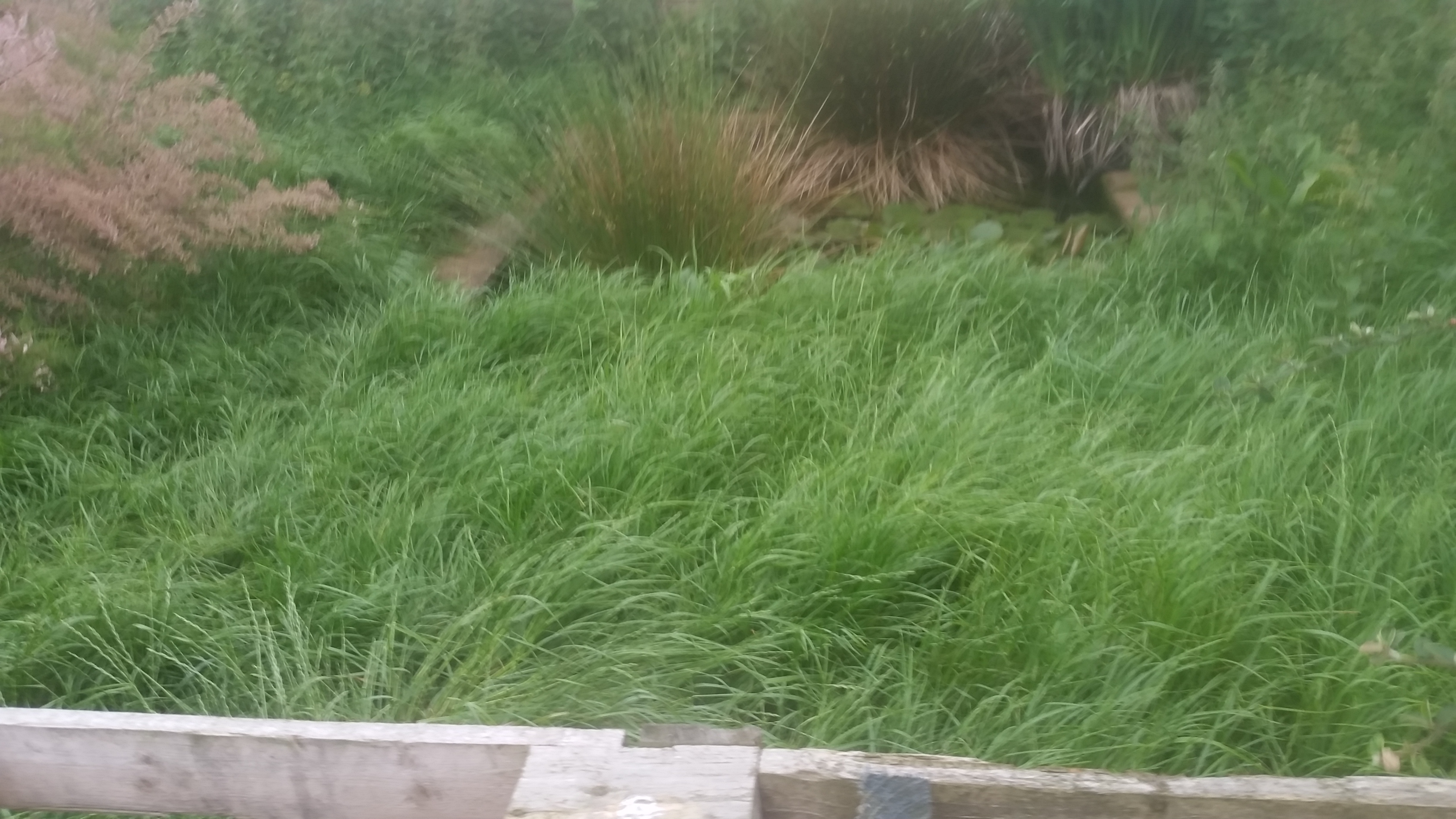