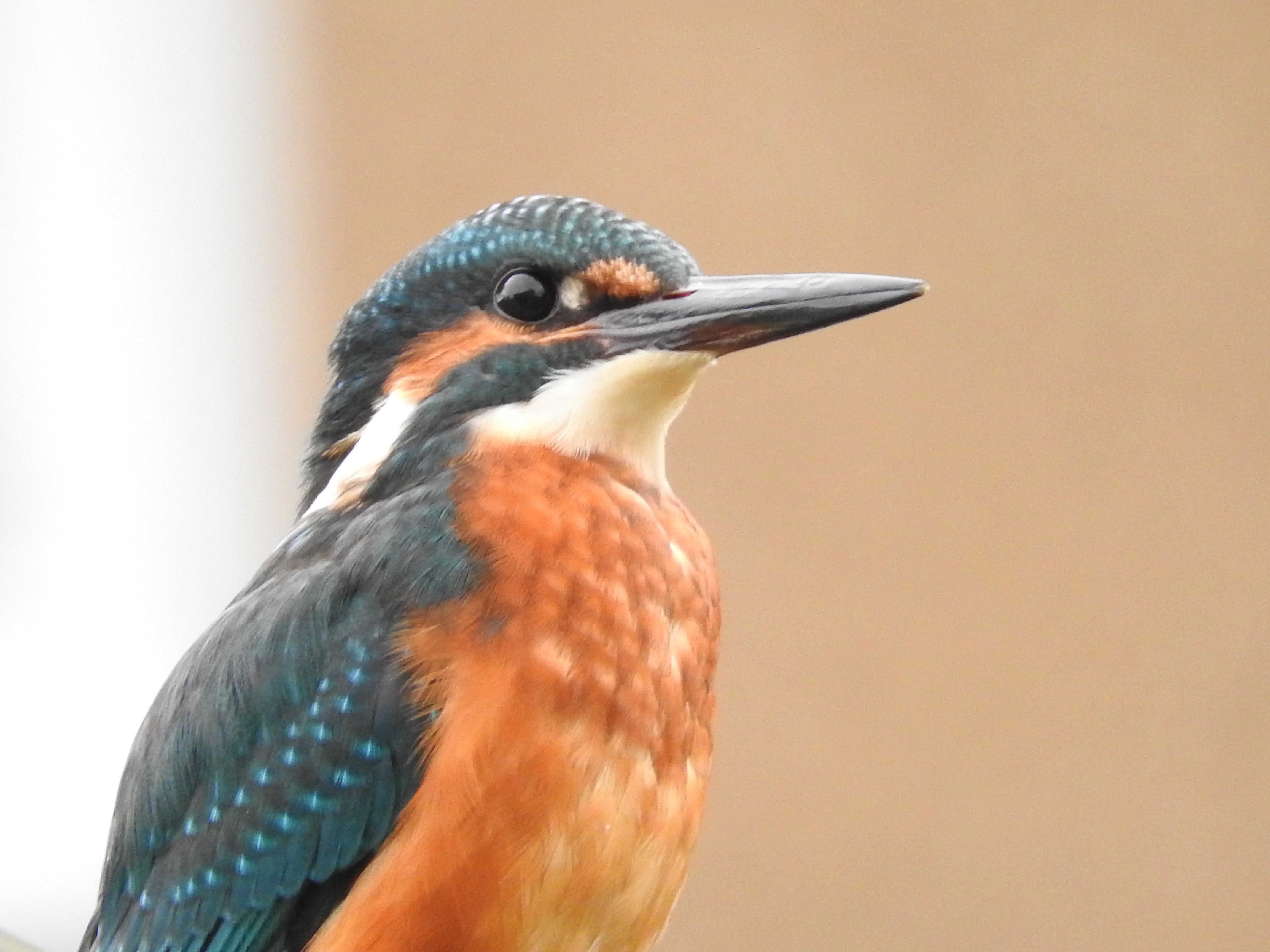 Since many of you have so generous over the past few months, sharing with me your knowledge, tips and advice on installing a wildlife pond, I thought I'd share with you how the pond looks this afternoon.

I received my plants from Waterside this morning, the package was waiting for me at the back door when I got up this afternoon.  Before you all gasp at my laziness - I do work nights!  I couldn't wait to get them in the pond. 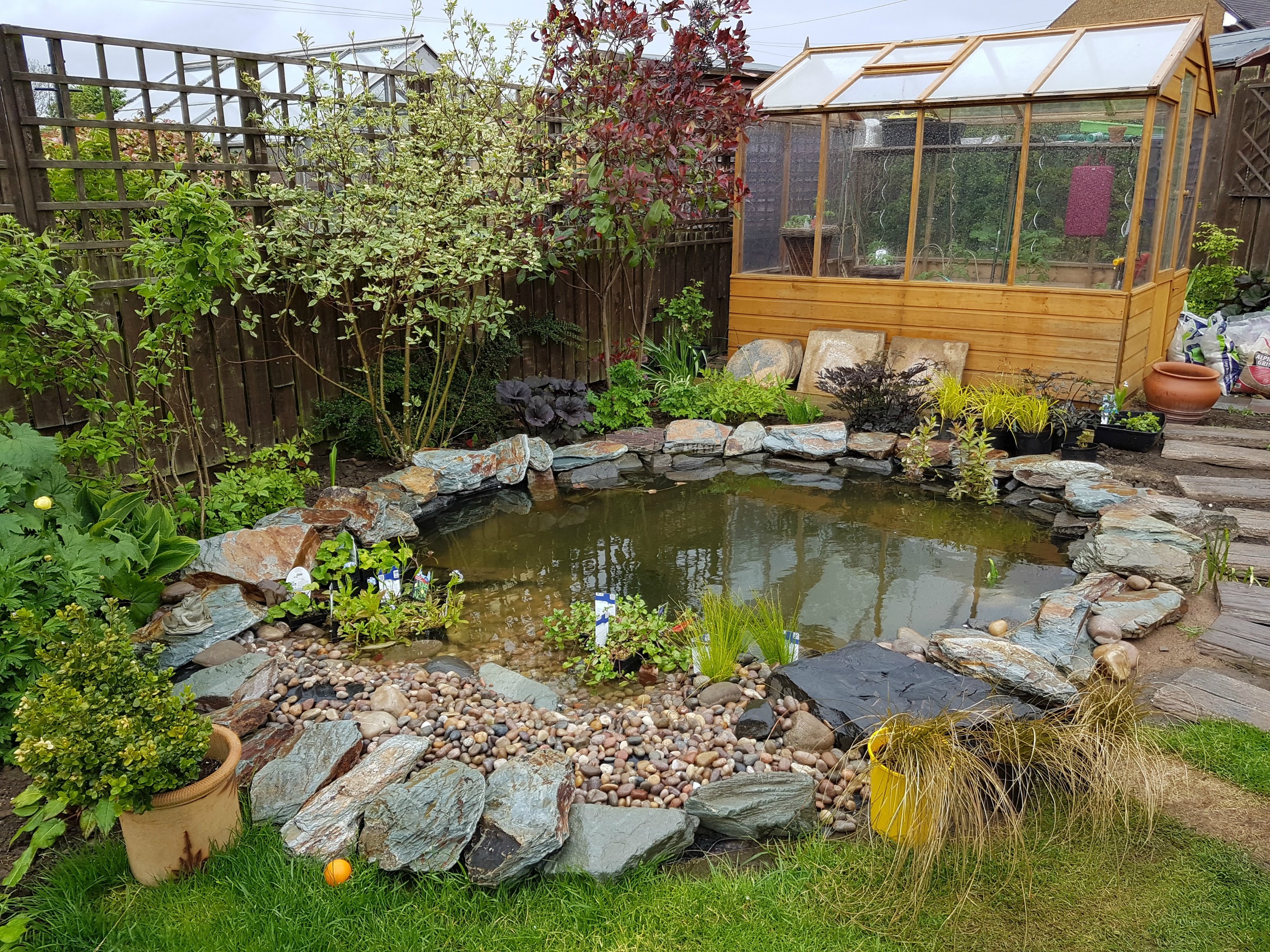 Many of the perennials that form the back ground planting between the shrubs were already growing in the positions they are in now so can remain there to provide cover for any visiting critters.  I wanted to move my Acer Garnet up nearer the pond but by the time I got round to it it was too late and it had fully leafed out.  I will make space for it in the autumn.

There is still a bit of work to do and what you can't see out of shot is the part of the garden that still looks like a bomb has hit it!  Work on the path etc will keep until I have a week off work at the beginning of June.  Of course you can't see the waterlillies I added today, along with Pontederia and an Iris. 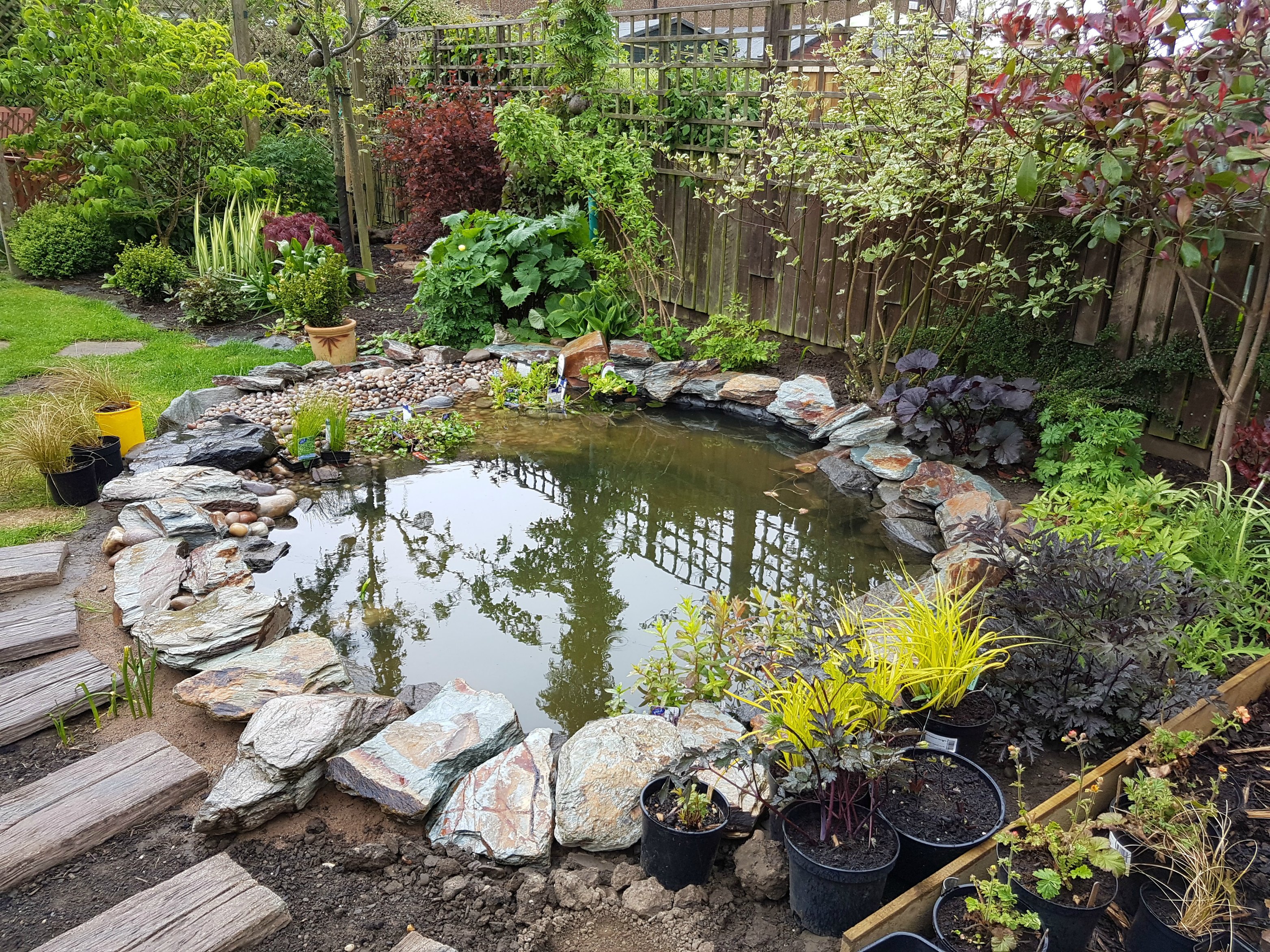 I have a bit of a bad habit of buying way too many plants and usually end up over planting borders and have to resort to editing them a year or so later.  I am trying my damndest not to make that mistake here at the pond.  I have many plants still in pots, positioned here and there until I make a final decision on whether or not to plant them.

Right now I love the contrast between the foliage of the Carex and Actcae but can see that it would grate on me in the future if I actually planted them together.  The Actaea was brought from the summer border down nearer the house. 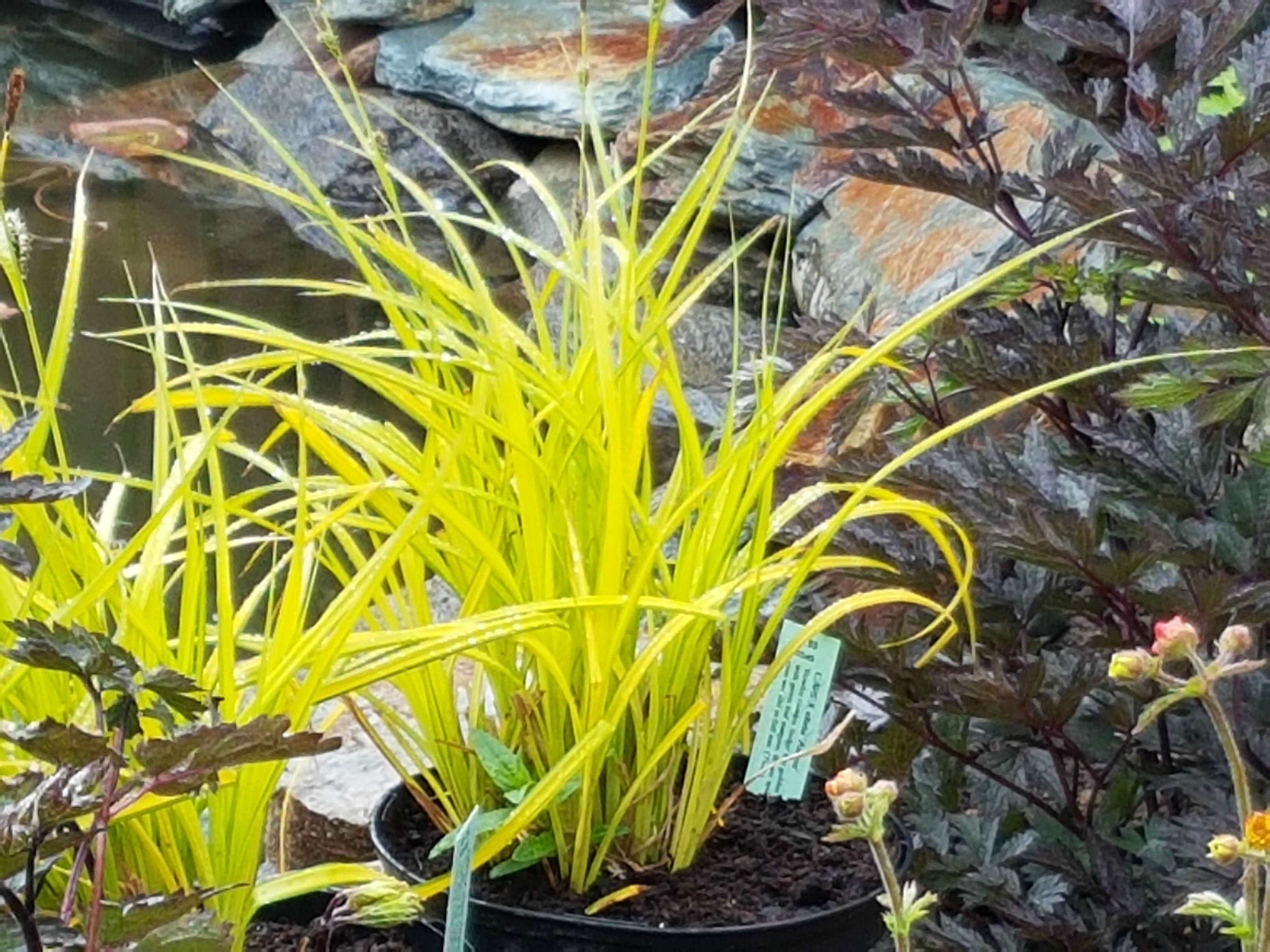 The marginal, shallow watered pond plants were all purchased locally.  I bought a varied selection to see what I like or more importantly what the pond likes!  They are all natives.  The whole pond and surrounding area is a mix of native and non natives.

The moisture lovers already thrive in the garden, another of my favourite combos is Ligularia The Rocket and Trollius Cheddar.  Granted it's getting a bit cramped in there now, they can also be moved to give them a bit more room later in the year. The pond was initially filled with tap water and has since been left to it's own devices.  It is clearing up nicely or at least I think it is.  To say conditions here in Edinburgh have been dry is the understatement of the year! The water level had dropped a good 4 or 5 inches since filling.  Yesterday's rain has somewhat raised it a bit but no where near enough to fill it right up.  I will not interfere with nature and let it do as it pleases!

Thank you for reading.  I should add that although I was a tad apprehensive about siting the pond so close to the greenhouse I have discovered that it's a great place to sit and watch the birds using the pond.  I think it will be useful when our Scottish weather returns!