Following on from last year, I spent some time in the back garden last week to try ans see if I could do anything with my lawn.

I went through and spiked it thoroughly with a fork, but oddly where I have patches, I came across stone (which didn't seem to move) whereas where the lawn is good, I could go down a whole fork prong depth.

I'm assuming this is why I have the patches like I do but I don't understand where it's come from as we laid down several inches of proper loam soil before laying the lawn so curious where the stone has come from.

I did try laying some seed (quite a bit) and did a mixture of covering some with topsoil (as neighbour suggested) and some just bare, but as with some I put down last year, so far hasn't done anything.

I'm thinking my best bets if the seed doesn't do anything in a couple of weeks is to cut out the patches, dig down to suss out the stone and cut in some fresh turf? 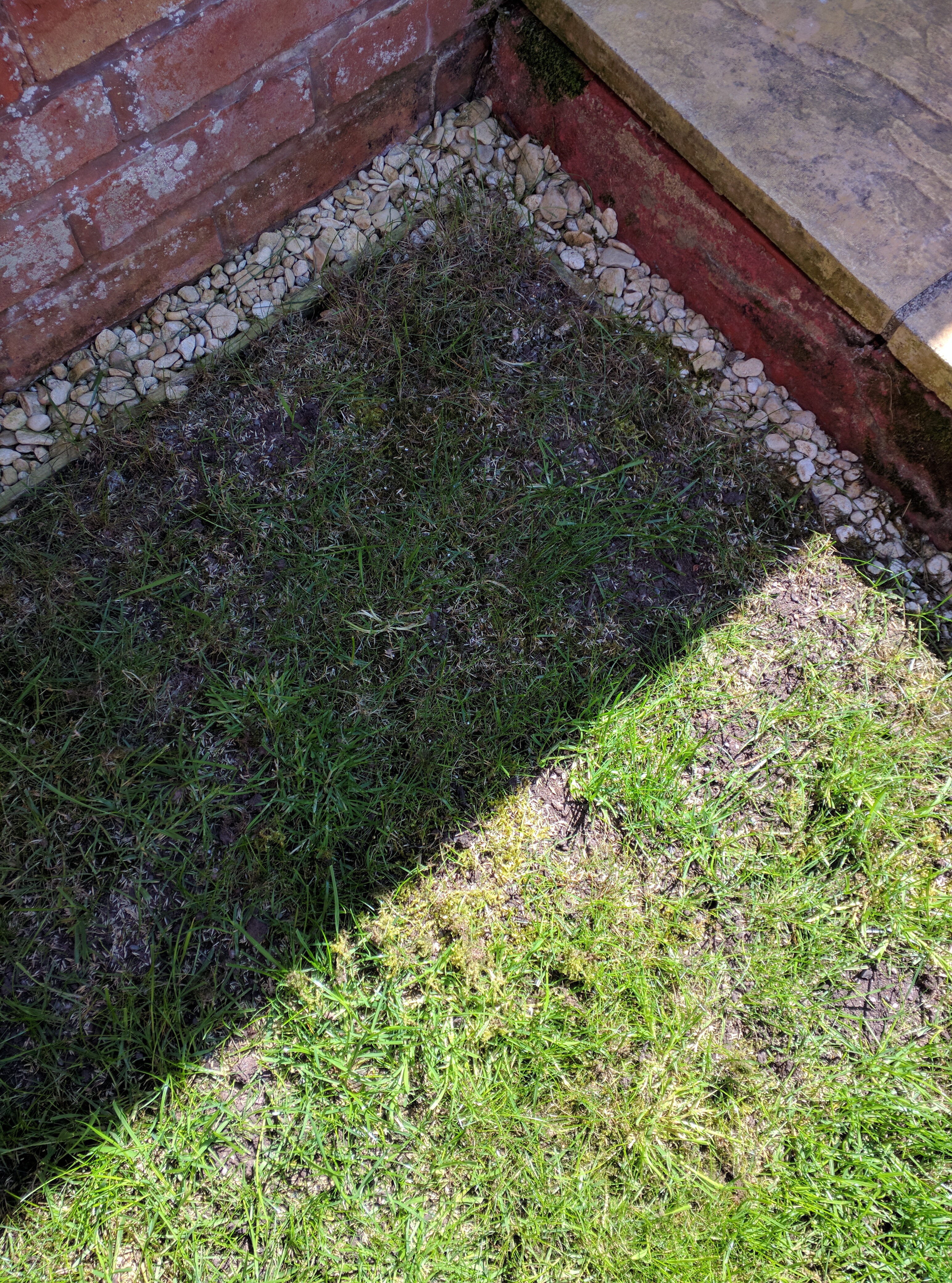 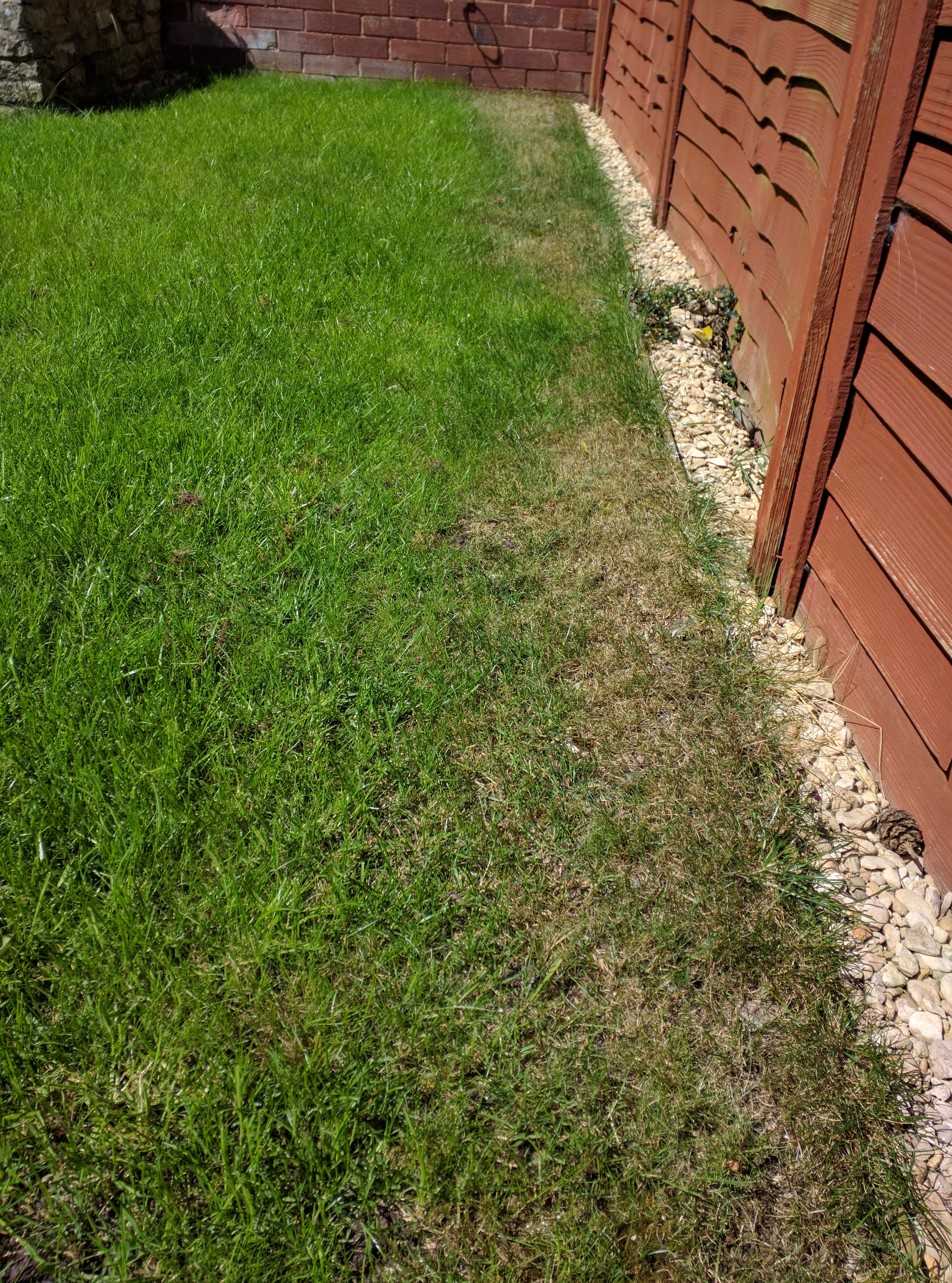 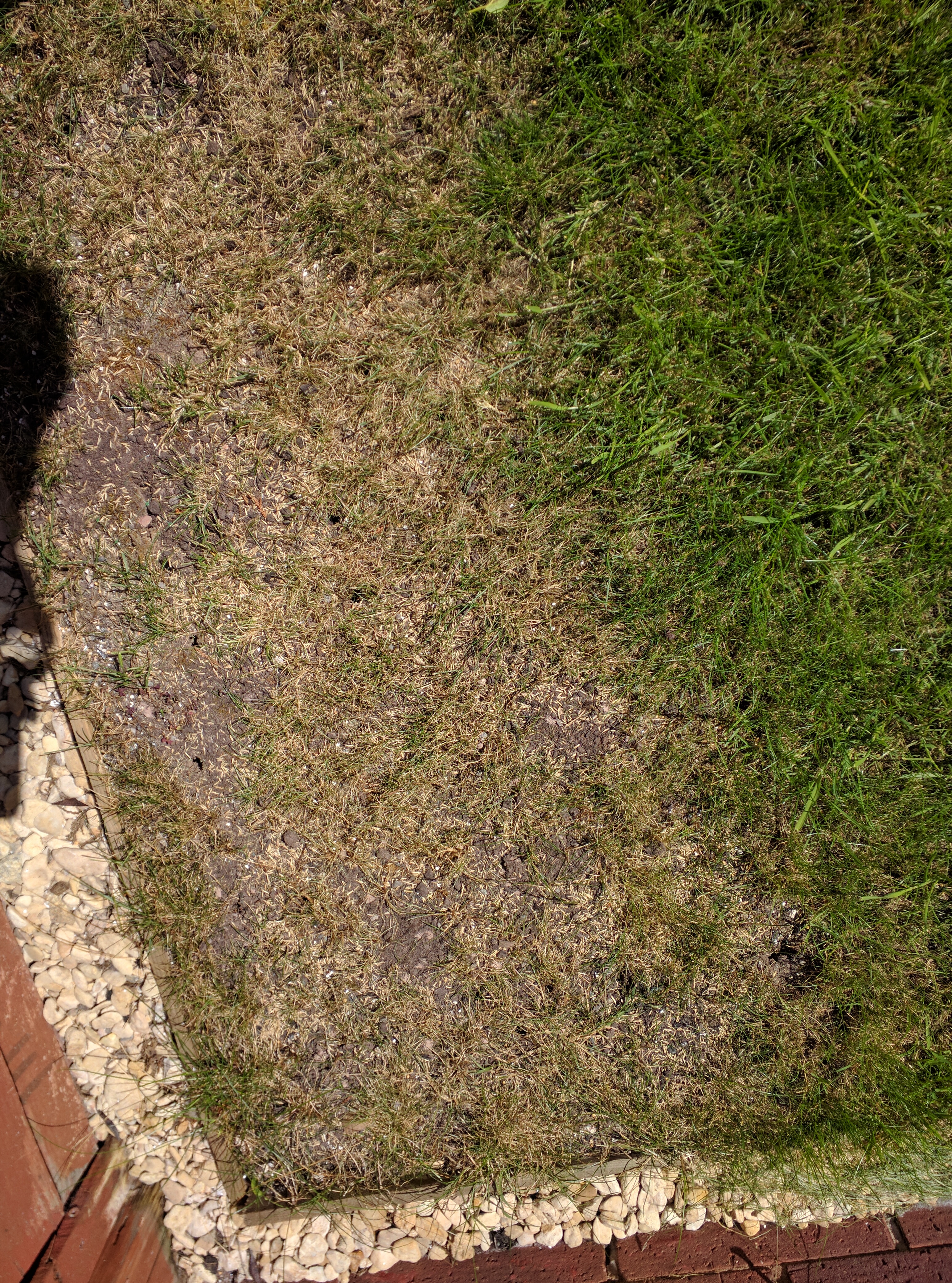 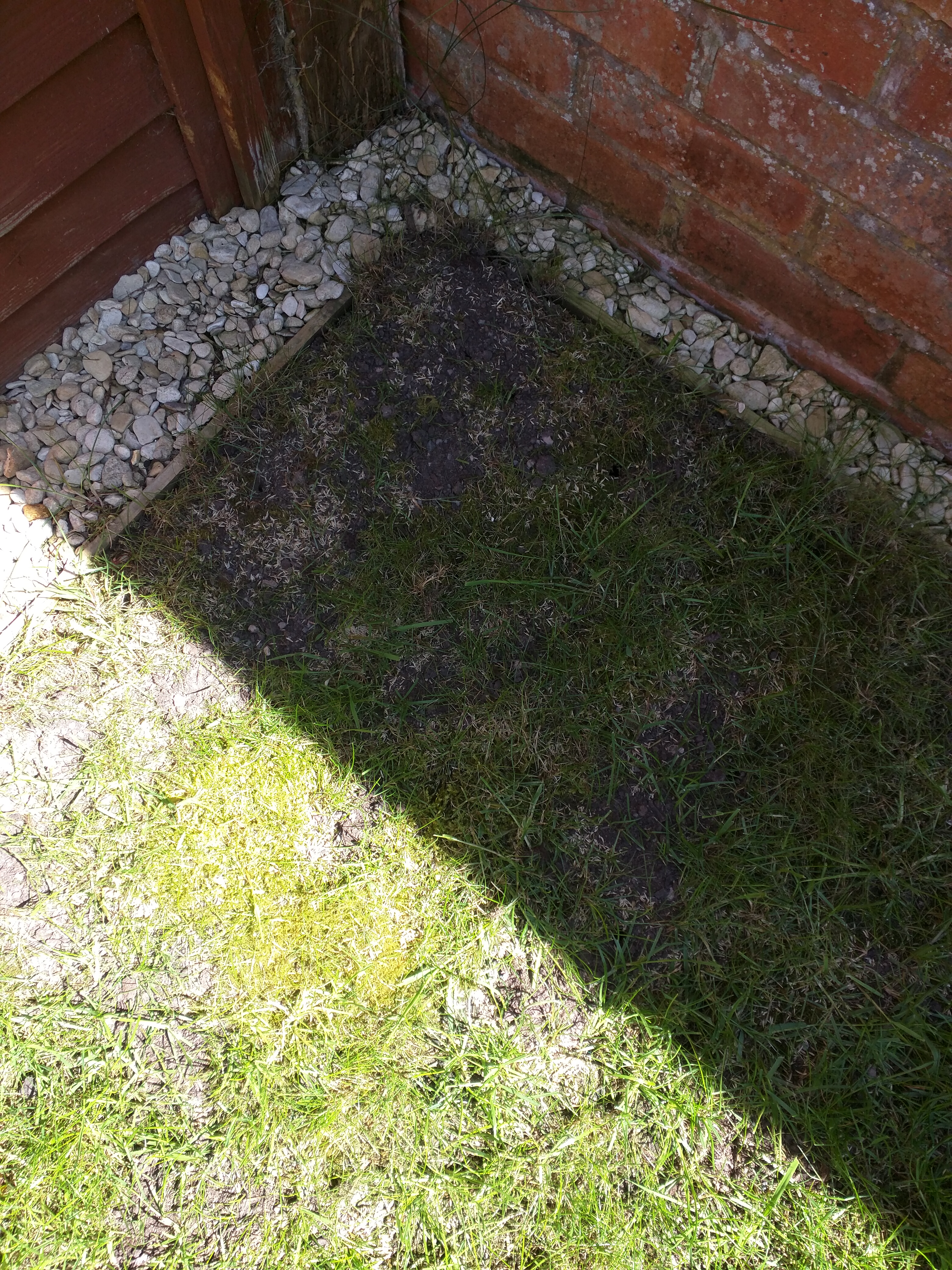