It's my first time growing cucumbers, I planted two seeds per pot half expecting only one to germinate.  I've seen different advice on t'internet saying don't prick out as cucumber seedlings try to die at every opportunity; prick out at 4 inches; don't prick out but separate the seedlings in as much compost as possible.

Also other advice seems to say don't replant deeper than they are currently as they don't like their stems wet?

Any 'real life' advice here please?  Feels like I need to do something ????. 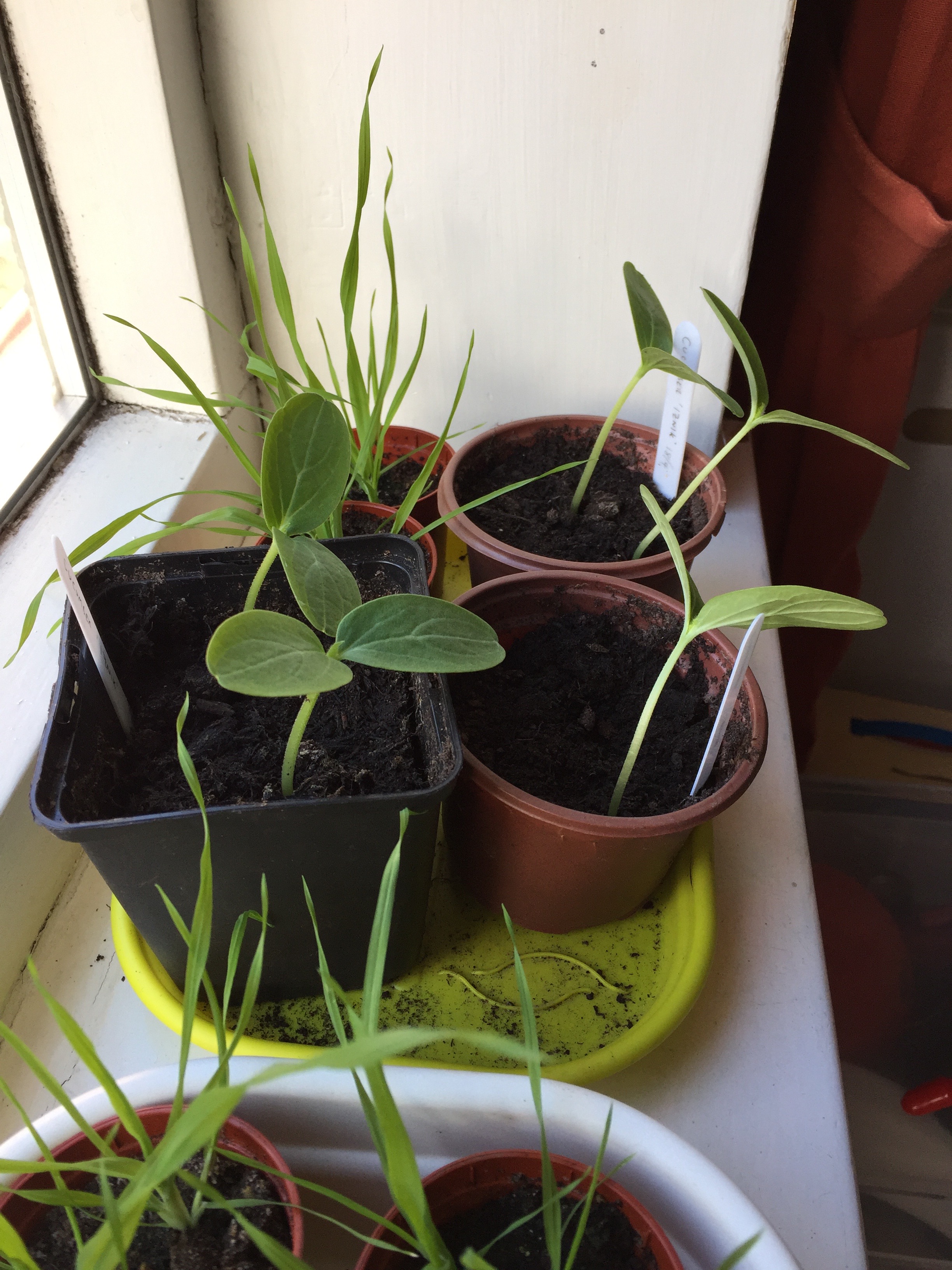