Does anyone know what this plant is?

Hi.  This is in my garden, but I have no idea what it is.  It's a large grass plant with approx 3' to 4' stalks growing from it.  Any help would be appreciated! 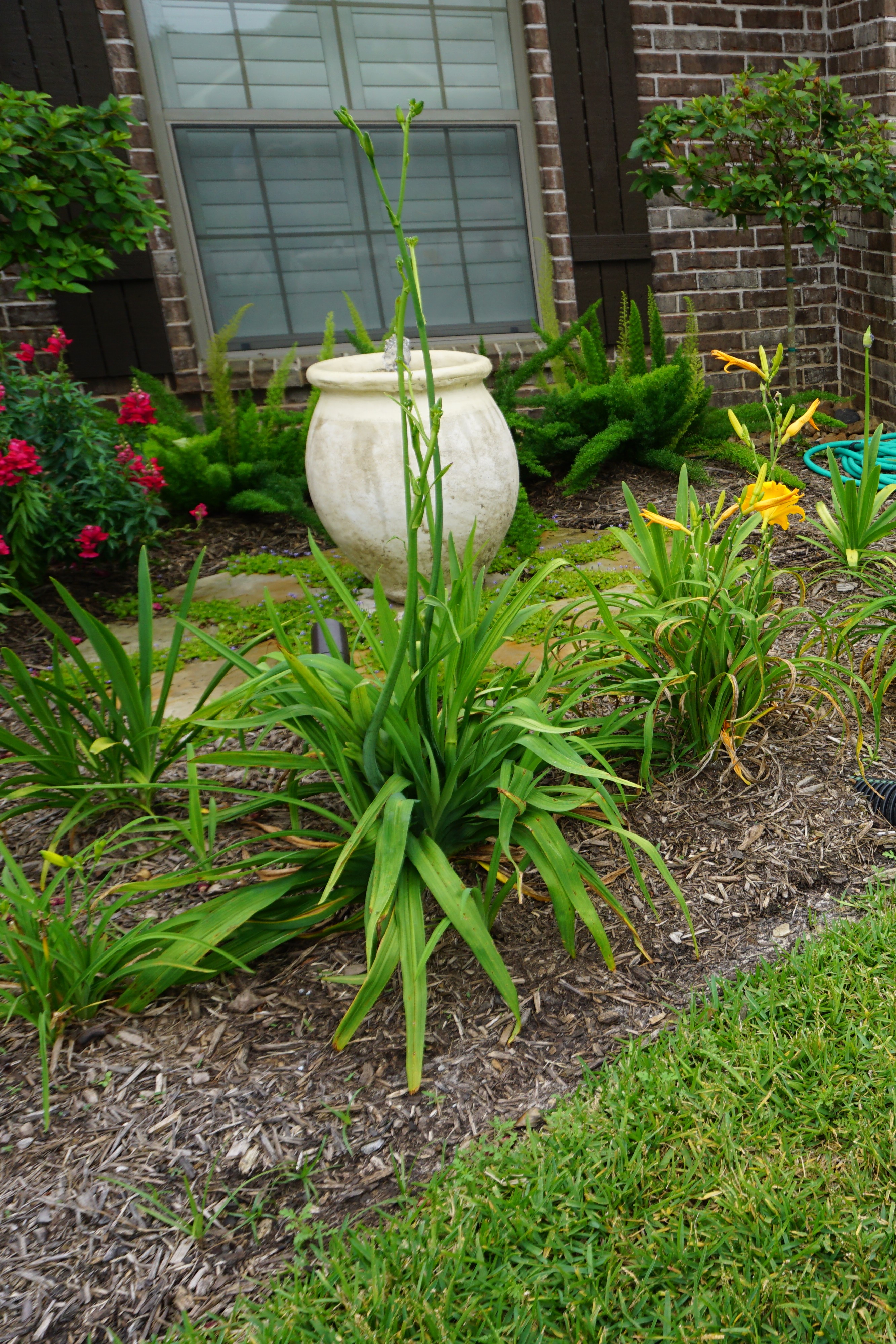