I started growing an orange tree from the seed of a blood orange, I just wondered if it was possible one day and it did in fact germinate. My kitchen has a glass roof and it gets quite hot so thought it'd be a good environment.

I'm not very experienced but have kept her (Bailey, yeah we named her, lol) watered, I think  a bit too much occasionally as the soil has gone a bit white on top in the past but I've removed it, I once repotted her into a big pot but I think it was way too big and she was later put back into a more suitable sized container.

I've added a couple of picture (hopefully they attach) she's 2 years old, it's almost like she's turning into a bonsai as she's quite dense... Also she has dead branches that stick up, they don't fall and are pretty solidly attached. I've never pruned her.

Can you advise on anything to encourage her growth, I thought about putting her in a terranium but I read somewhere that it'd be too humid for an orange tree. 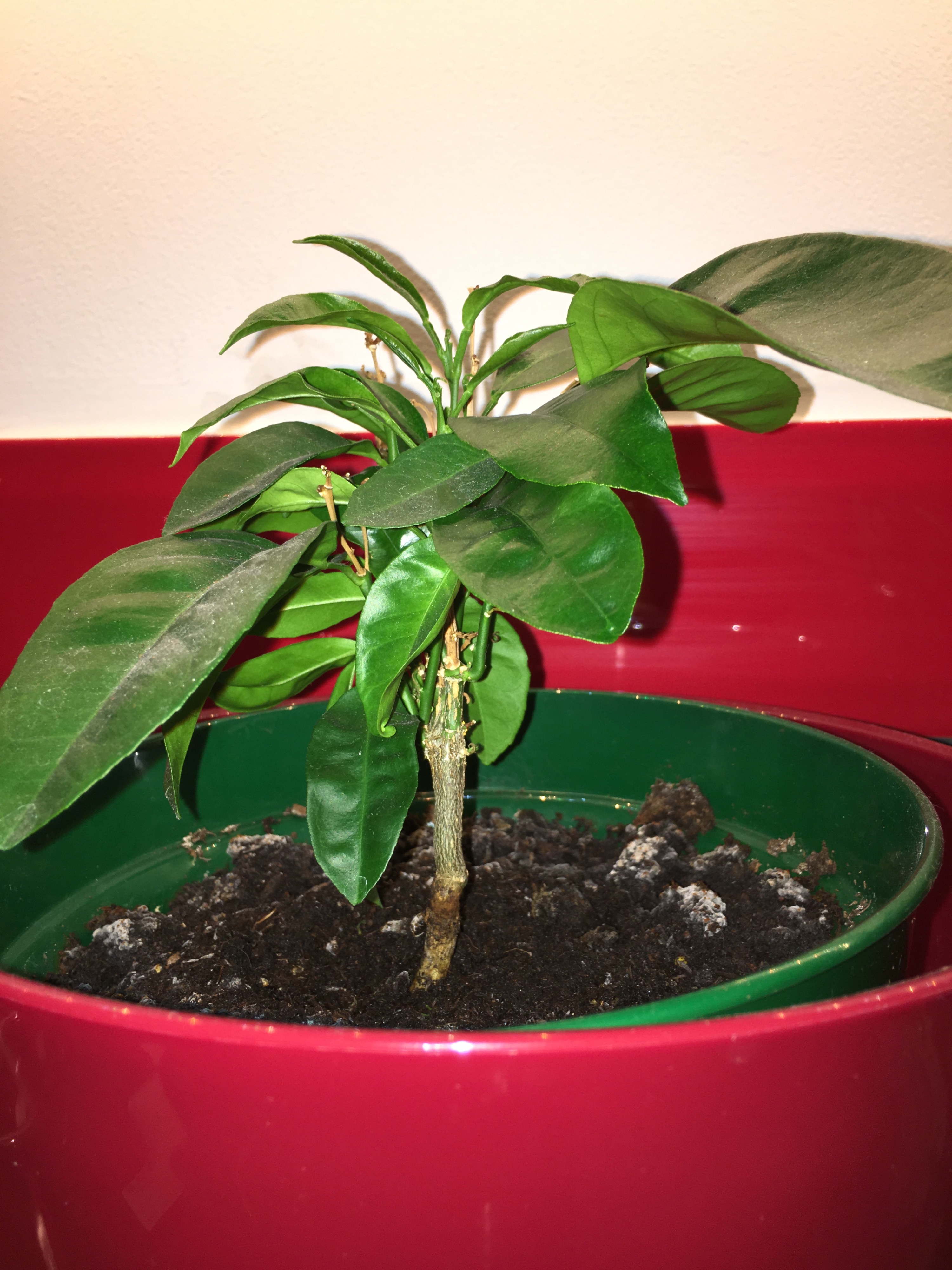 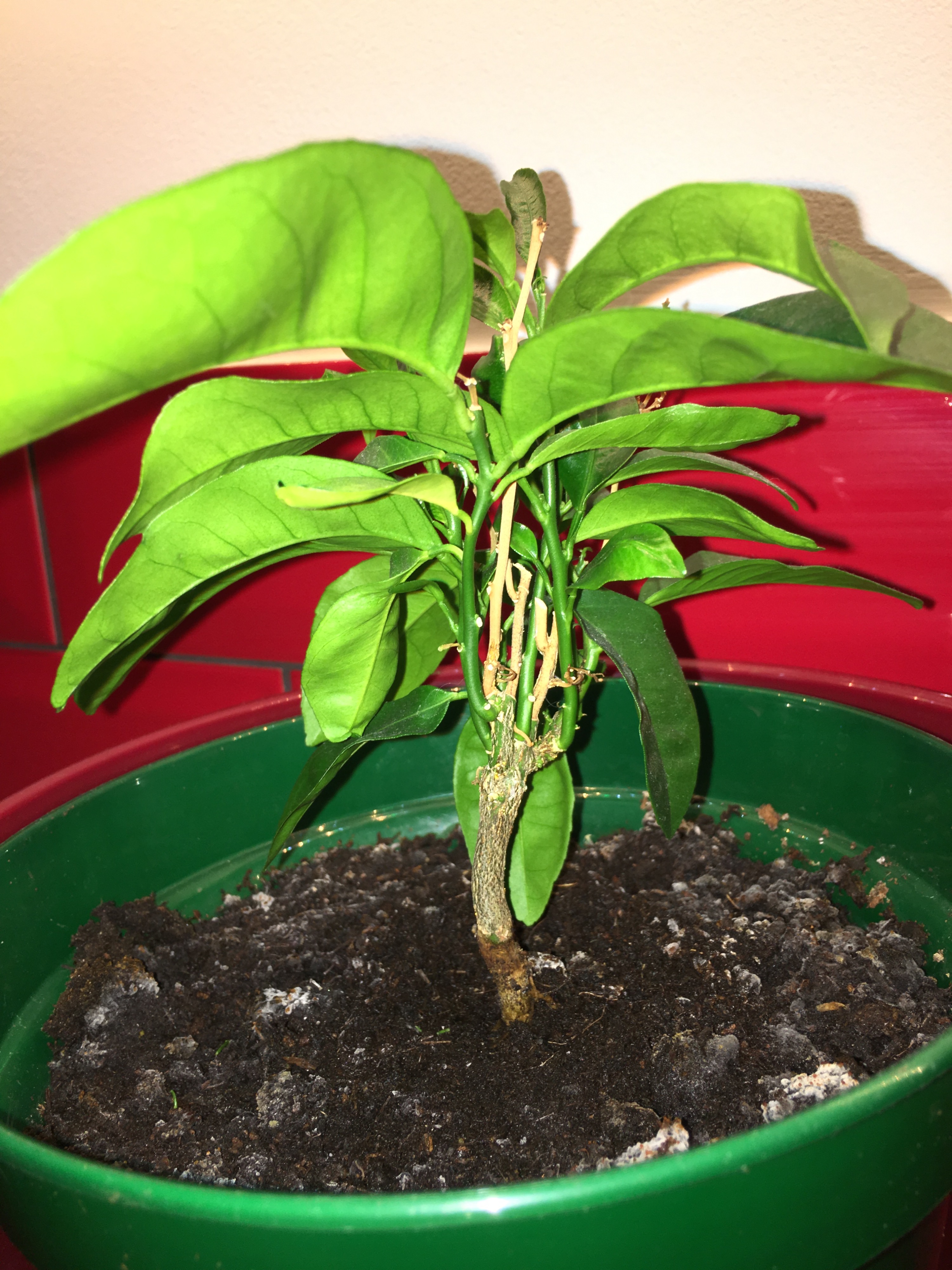