Apologies if the picture comes through at the wrong angle.

I believe that sadly our lavender bushes have not survived the winter.

To us they look dead can any experts confirm they're dead before we toss them out?

Anu suggestions what to replace them with? - needs to be fairly hardy. We're in the north of Scotland but in a sheltered valley. 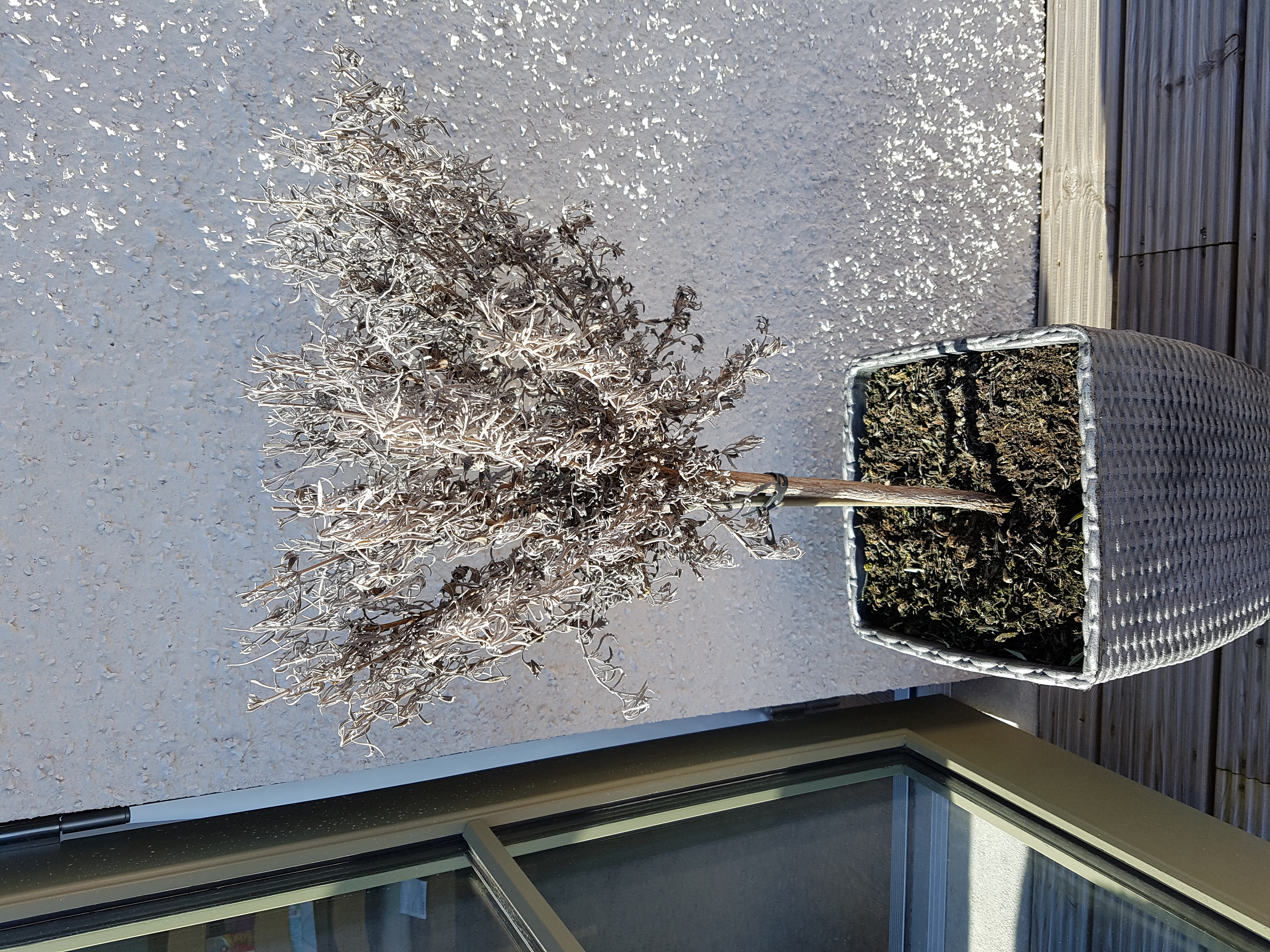