Hi.  Last autumn we created a new pond to attract wildlife out of the remains of a koi carp pond which we inherited when moving to a new home.    The old pond had vertical sides and a two foot wall all round it and was not wildlife friendly, so the koi have been rehomed and the new pond is hopefully wildlife friendly with sloping sides to allow frogs etc to exit.

The plants we put in seems to be doing ok and are coming back to life now.  There's a small waterfall with a pump with a filter and the water passes over a uv light (which was part of the koi pond set up).  We left this in to stop the water going green, the pond is unfortunately in a sunny position.

But there doesn't appear to much sign of life apart from a few tiny snails and one beetle so far.   Is the uv light the problem or are we just being impatient?  Can anyone help please?

Also can anyone advise what plants to put in for surface cover? We've put in a water lily but I know we need more surface cover.   Any advice would be gratefully received. 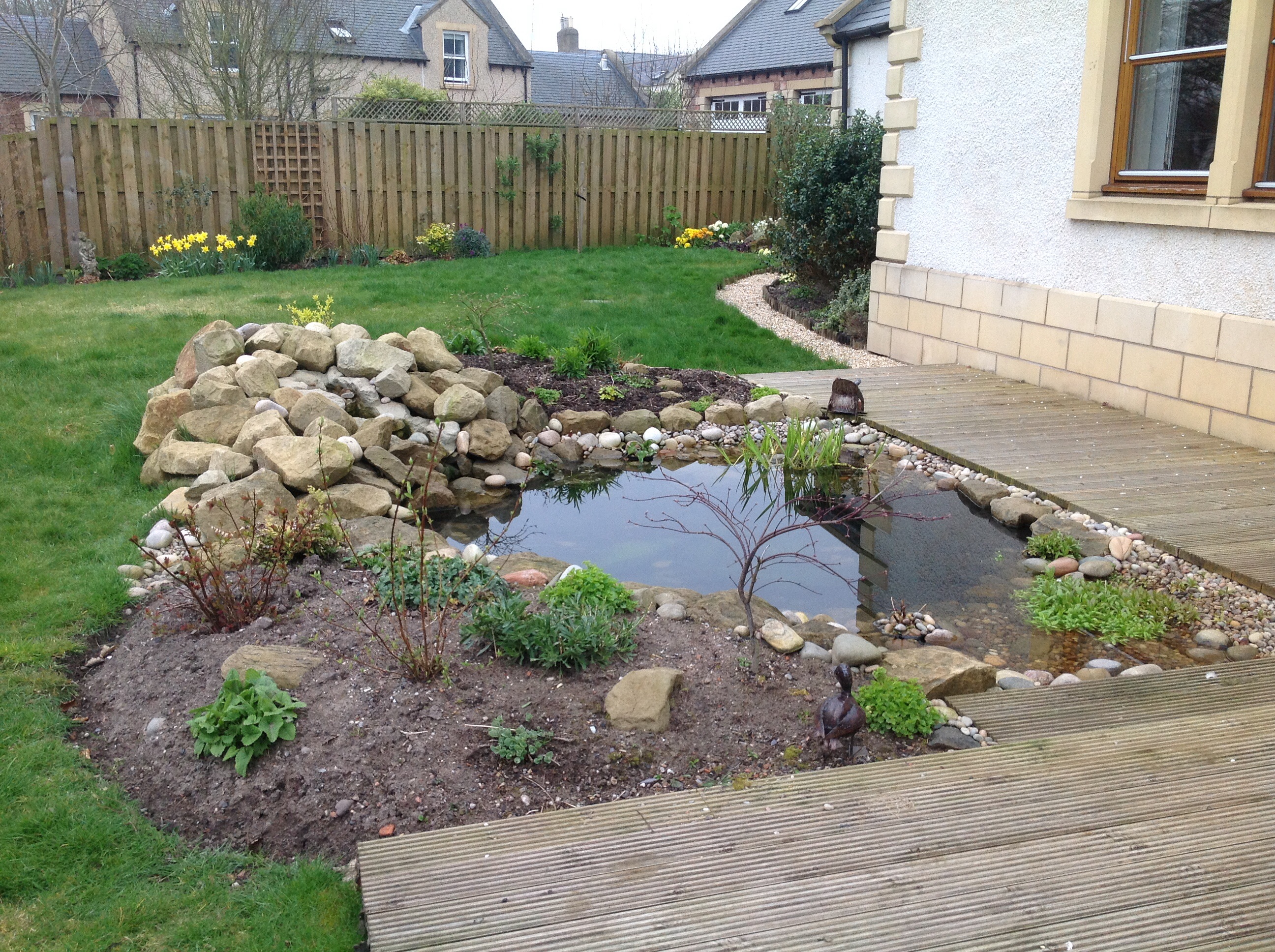