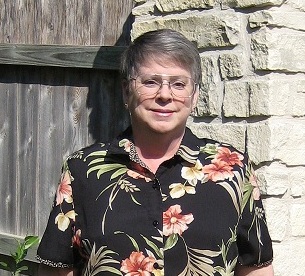 There was a 5' slender, single trunk coming up in my front, treed bed in an Aspidistra clump last year.  I didn't know what it was. It got about 15 leaves about 5" in length that appeared alternately the entire 5' length of the trunk last year, but no side branches formed. I snapped it off at last year, convinced it was a weed. Although the prior owners had removed a couple mature trees from this bed (stumps not rotted out yet) there appears to be no stump to indicate this is a former tree trying to grow back, but I suppose it could be.  Well, this thing is trying to grow back this year with two branches forming just below the snap of the trunk. Below is a photo of one of the branchlets; the last photo is the second branchlet.  This is the first budding that has appeared at the end of the trunk. Also an enlarged leaf showing veining, margins and shape. As you can see, the lobes are barely indented on this leaf. Any ideas? I've spent the entire morning on tree/leaf/plant ID sites to no avail. I'm hoping you all may have some thoughts.  Hoping it's just a weed and can remove more aggressively.  It would be way too close to the nearest tree to try to salvage it anyway. 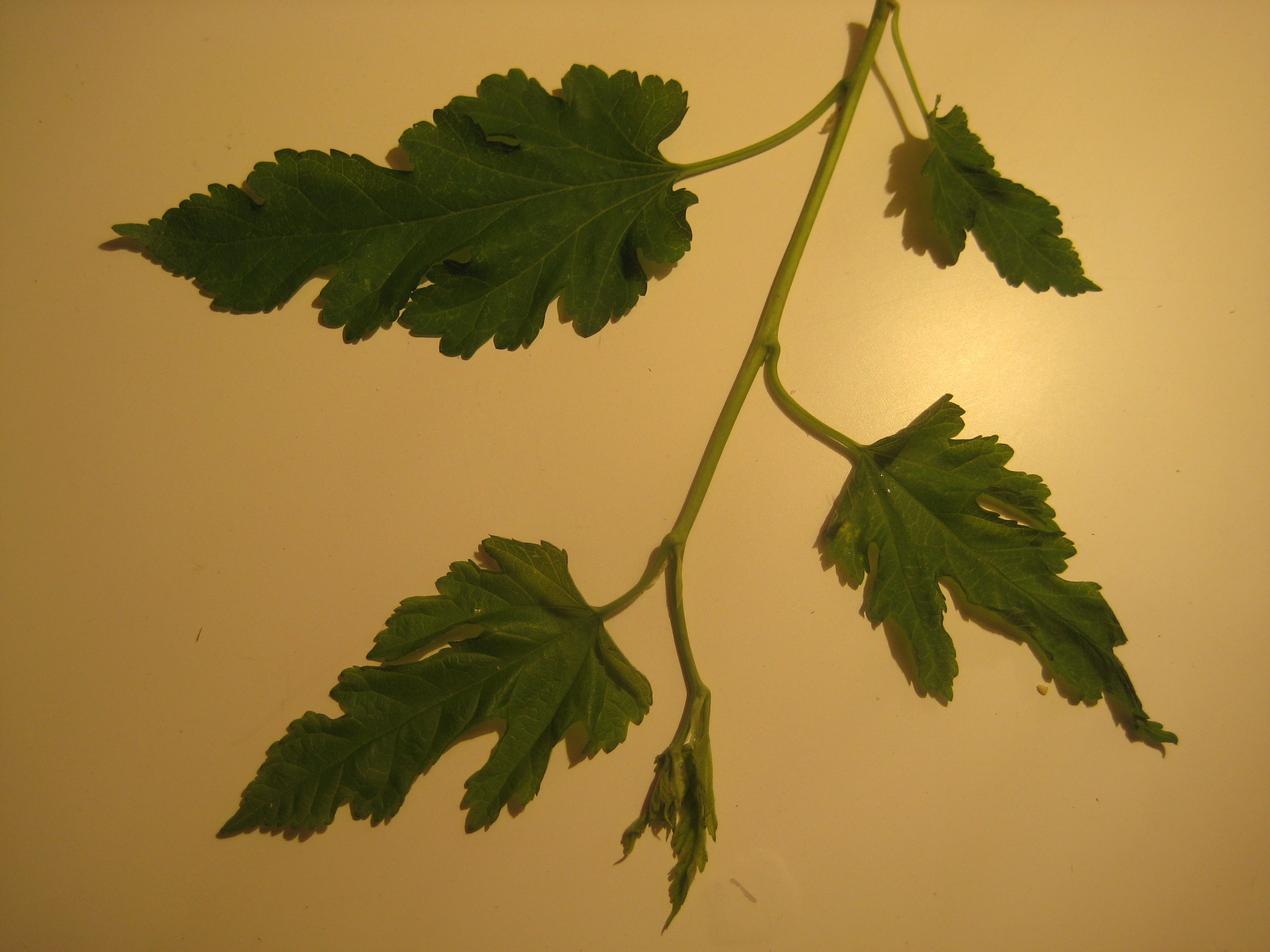 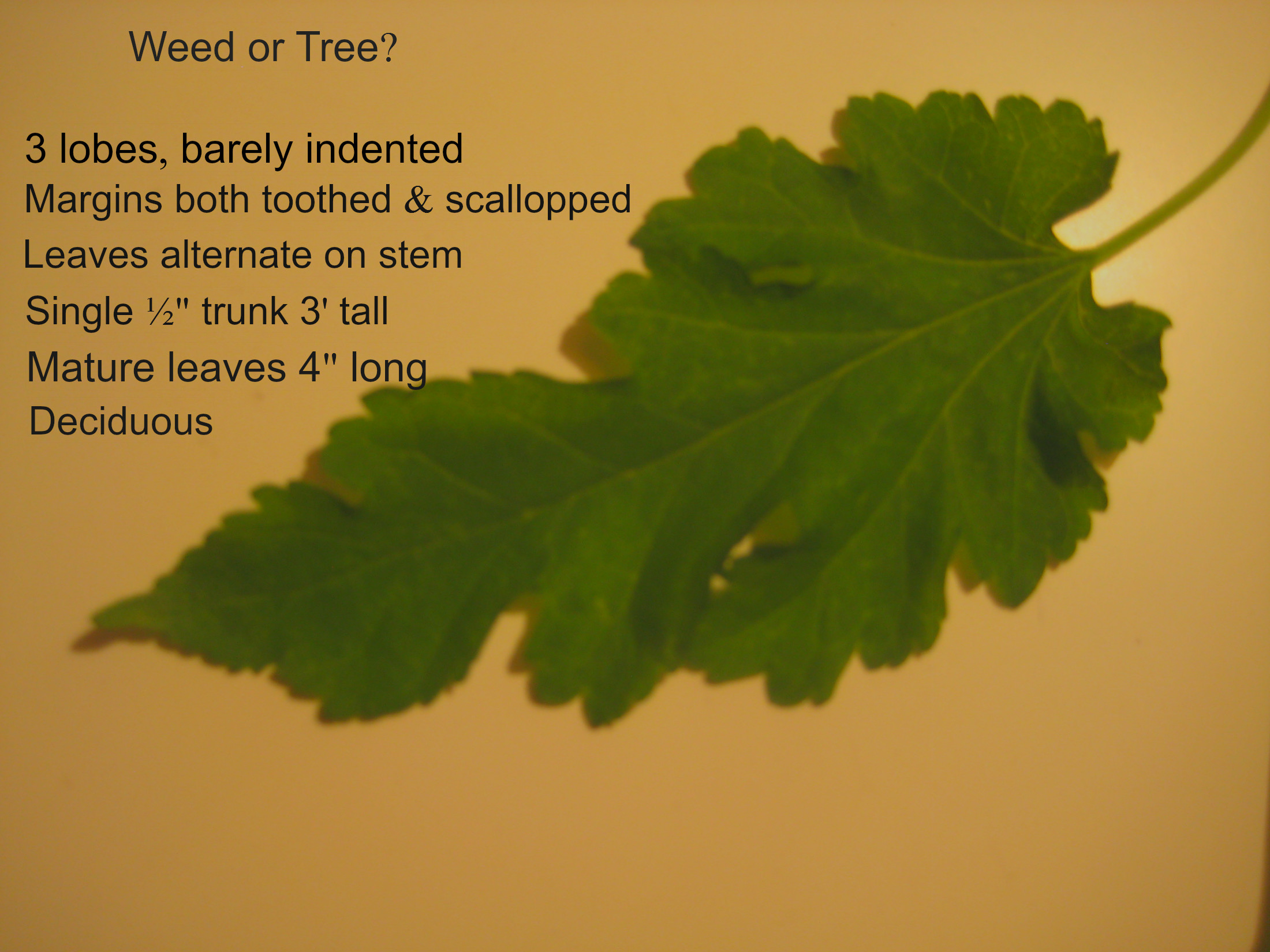 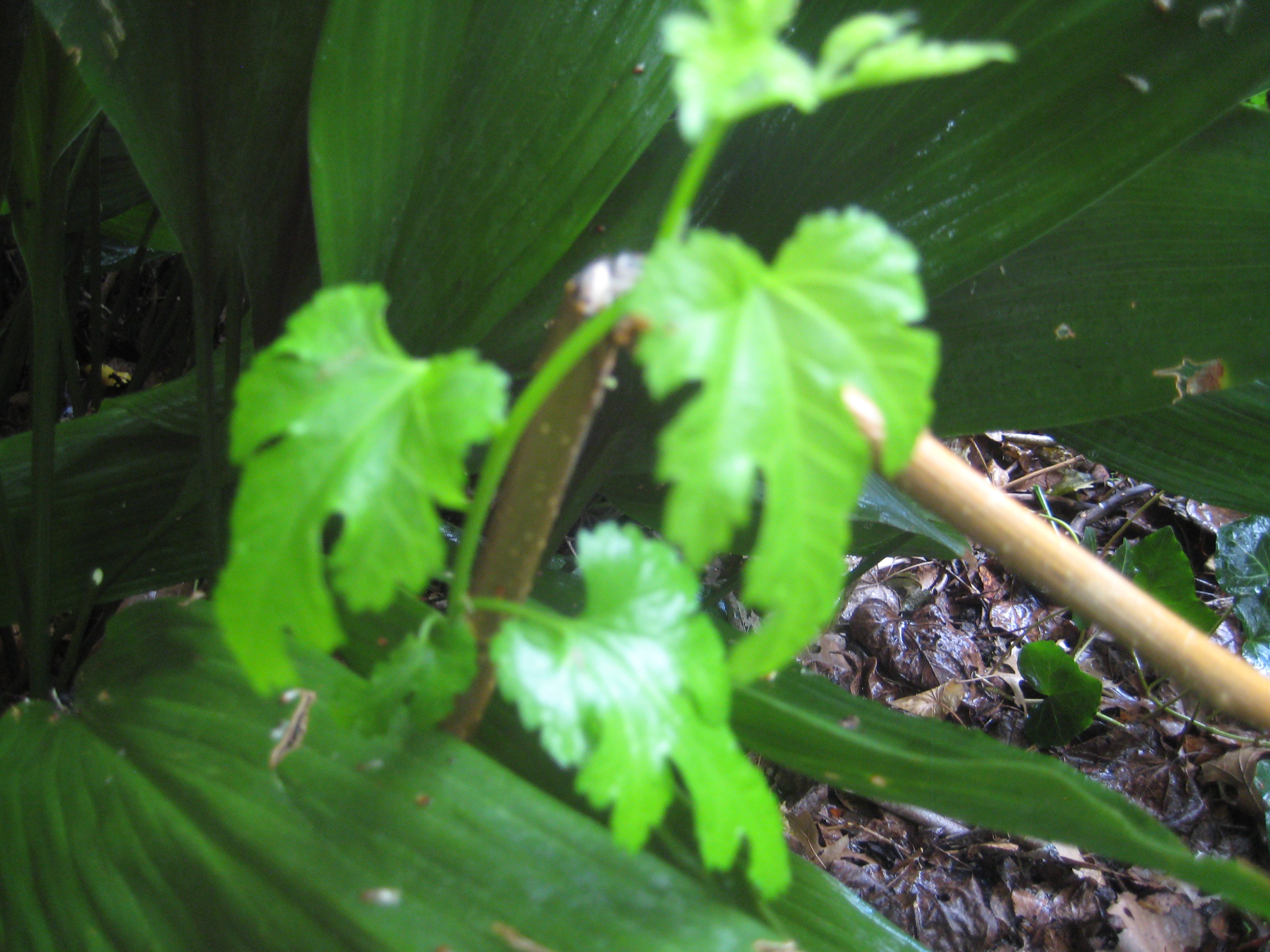