Best time to start planting out? 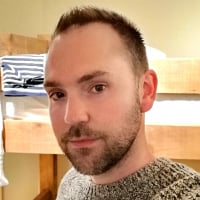 I wondered when is the best time to start planting out potted plants and transplanting other plants in the garden?

I have lots of plants in pots that I have grown from cuttings and seed such as foxgloves, delphiniums and cornflowers and I'm itching to get them into the ground