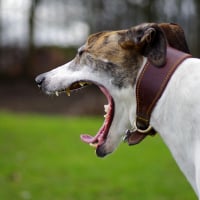 Hi. I want to cover a rather ugly fence, but minimise the space taken up in a narrow (>4m wide) terraced house garden. The fence is about 1.5m with concrete posts. I want to clothe it completely in foliage to give the effect of a clipped hedge (so climbers probably won't work).

Has anyone else managed to pull off this trick, and how?