I've been collecting leaves from the gardeners at work and decided to make a full on leaf pen instead of leaving them in bags.

Off to B&Q and 6 fence stakes and a 5 mtr role of green chicken wire and it was made. Took a couple of hours to make and about £40.

I have read that breaking the leaves up will make them mulch down better so I put the strimer in and started, only 5 minutes into it and it started smoking! Thought better of it after that.

The weather is not great and, as I've no where I can spread them out and mow them, I had a brainwave ..

Emptying one bin bag at a time I lifted the mower into the pen and off I went. My wife expressed her opinion with a disappointed look and a shake of the head while wandering off!

Each bag took about 20 seconds to chop up. 15 bin bags later and all done. I looked like I'd been rolling in leaves when i'd finished but rather pleased with the results.

I have discovered that leaves, like spinach look a lot whole, but soon disappear to nothing. See the pics below for what all those bags look like after being mowed. I will give it a fork through once a week to keep the air circulated and to make sure the ones at the bottom are not dry.

Nature can take its course now and hopefully the stem next year I will have some decent mulch for my garden. 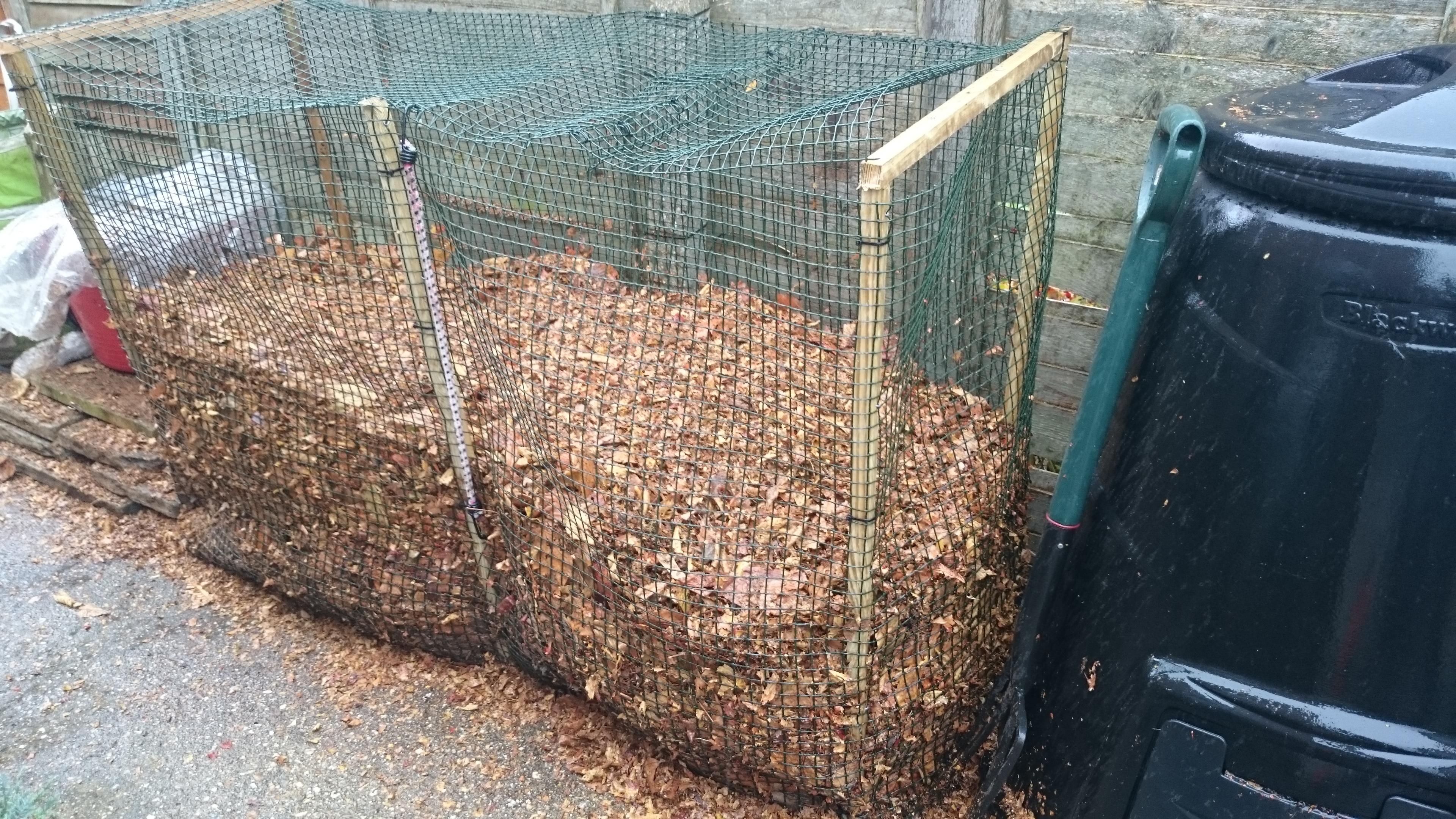 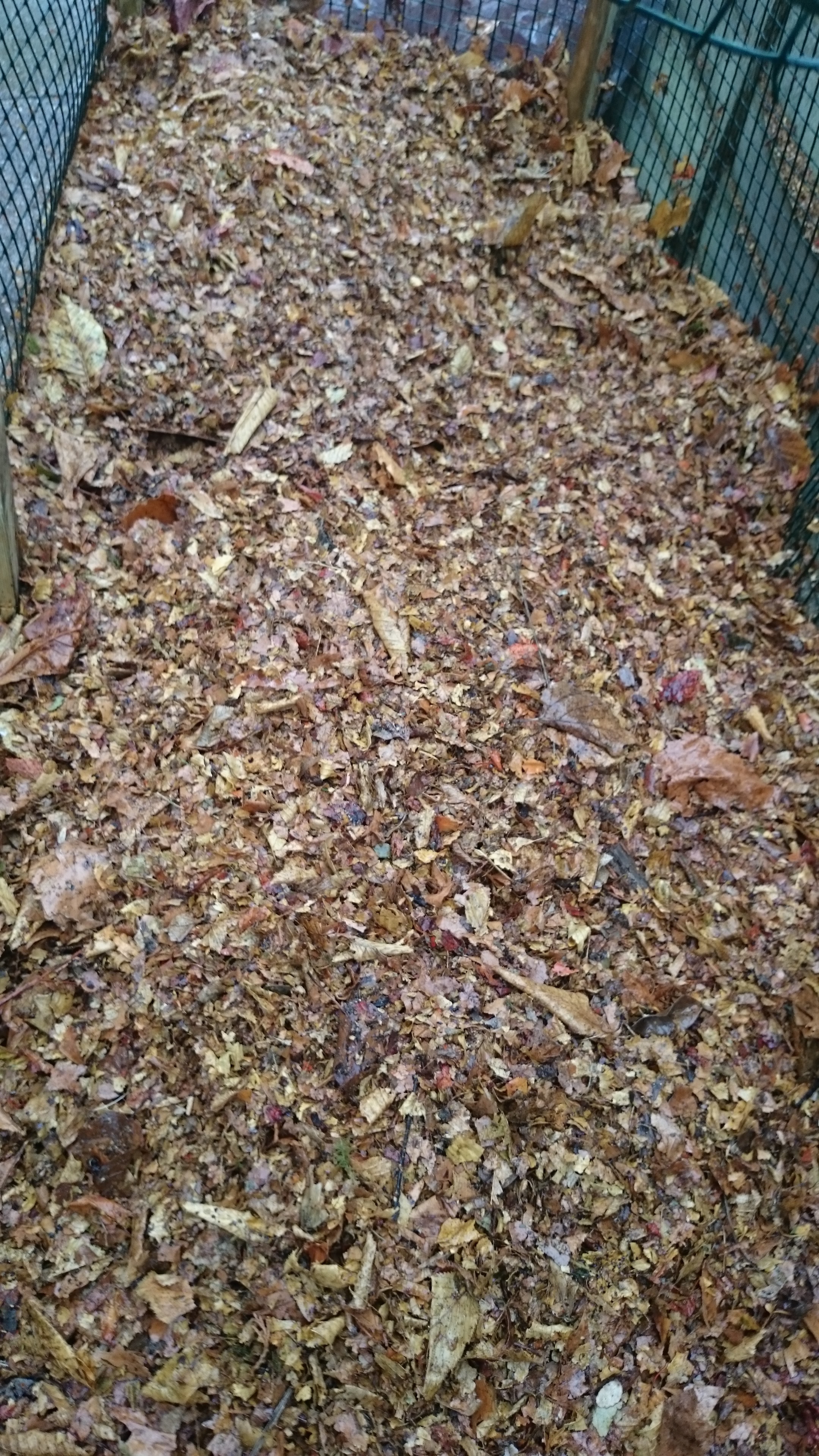