Would anyone be able to ID this large plant for me? It's growing up and over a friend's window, and needs to be cut back to let more light in, but before it gets enthusiastically hacked it would be good to know what it is. 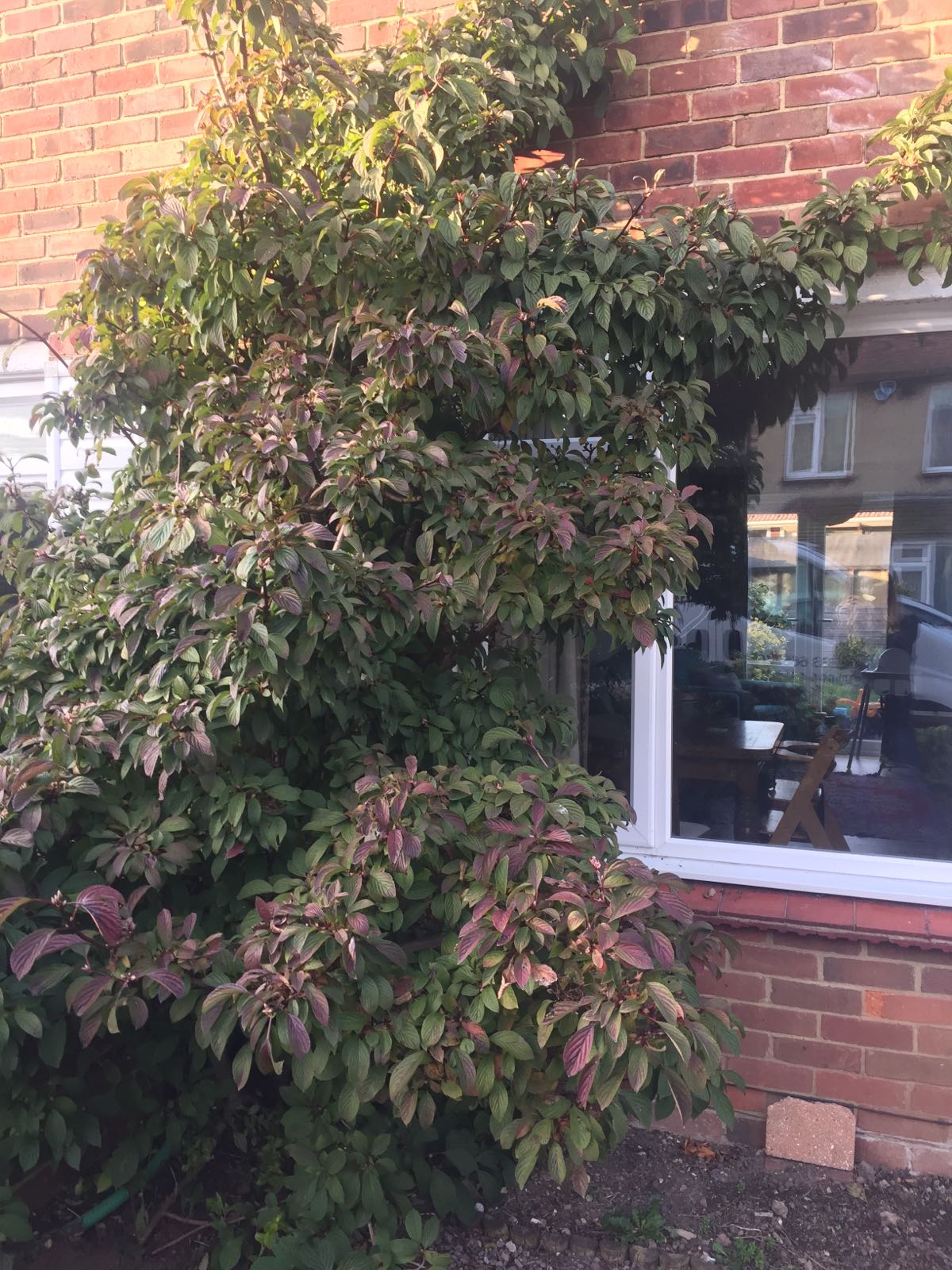 More detail on the leaves: 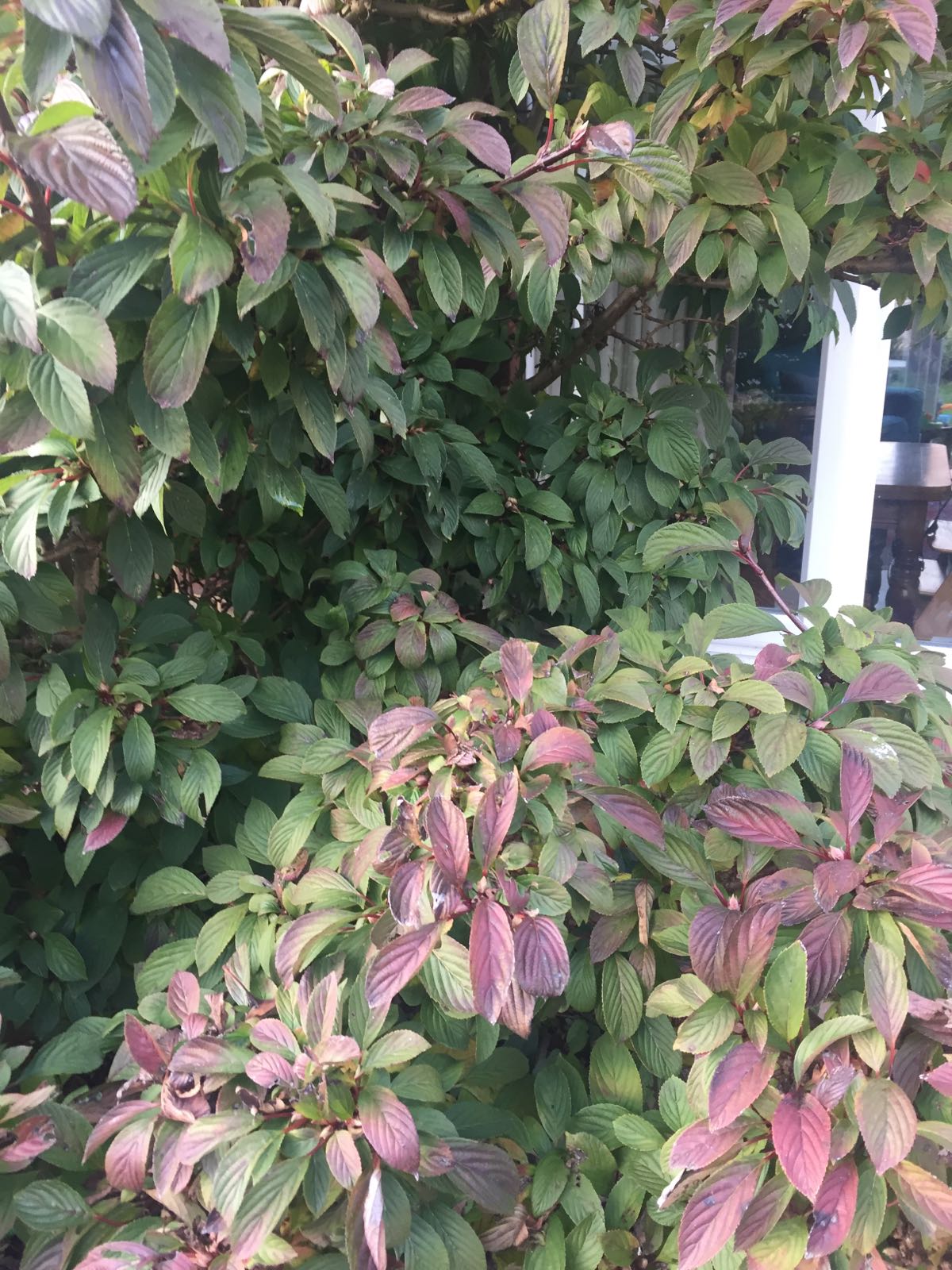 The base of the plant: 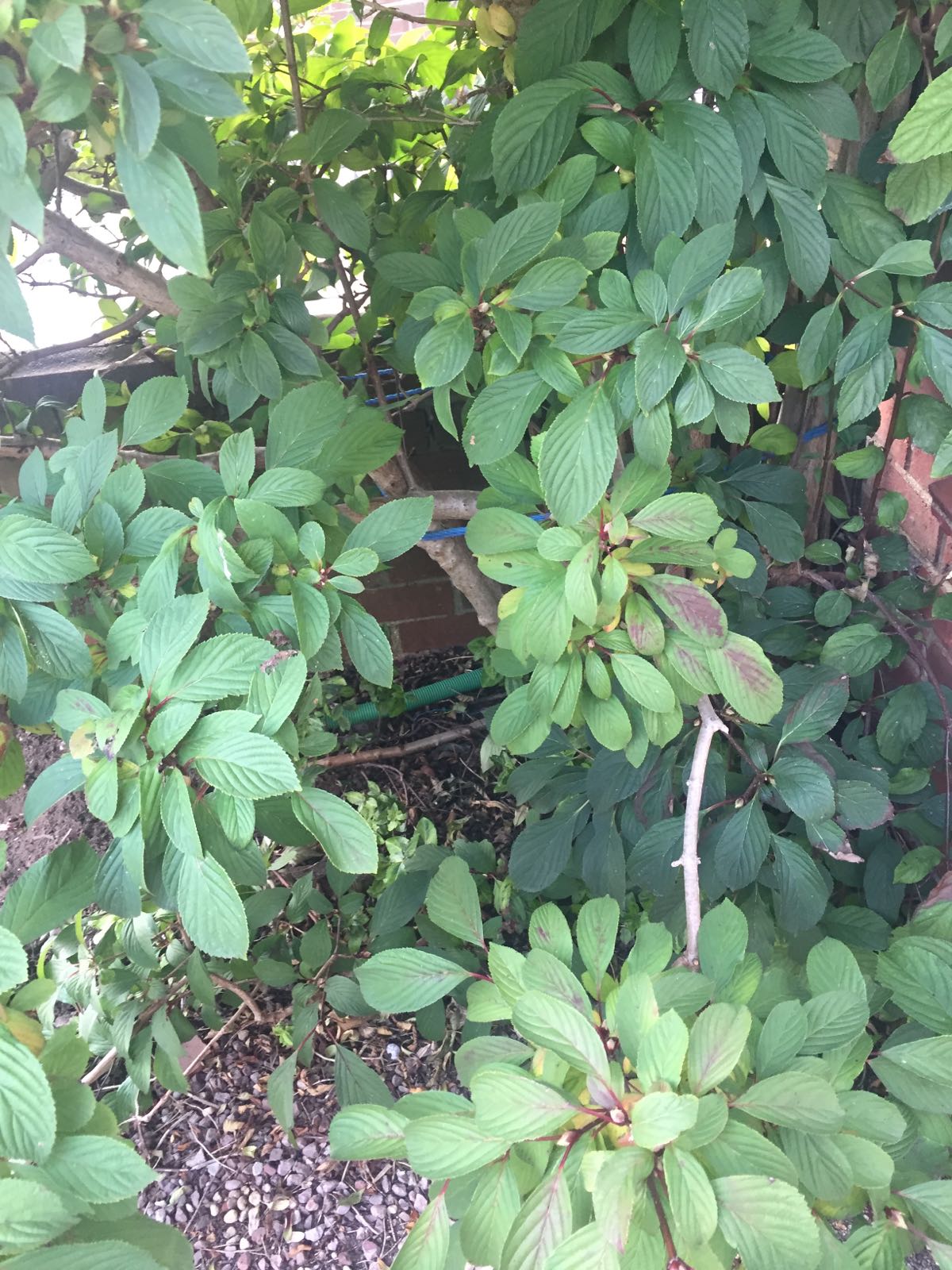 Can any of you lovely people help me ID this, and is there any advice for chopping it back in the best way? Thank you!