Can anyone help me identify this plant/weed/tree growing under my garden please. I am digging over the whole garden where it was once lawn and hit a thick "branch". I kept digging along its length and ended up uncovering about 25ft of it. It looks just like a young tree. Diameter at source is about one and half to 2 inches. It has an orangey color underneath its "bark". Hope someone can help. Thank you. 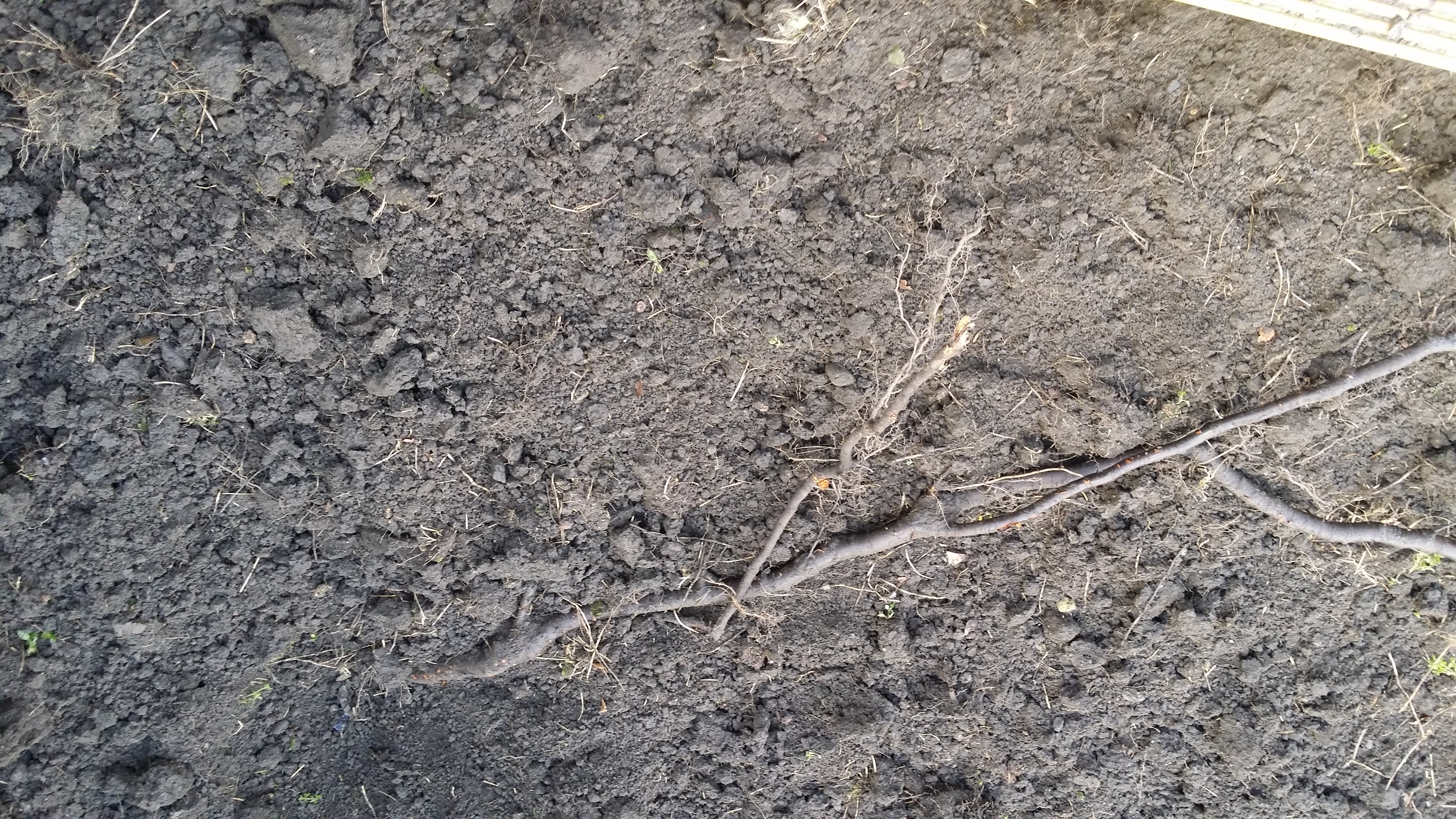