The garden of my house when I moved in with my partner was taller than me with weeds, brambles (so many brambles) and grass. It was also home to more spiders than I have ever seen in my life.

I regret to say I never took a picture of it in its poorest state and the first picture I took was to post on here after I had already started. 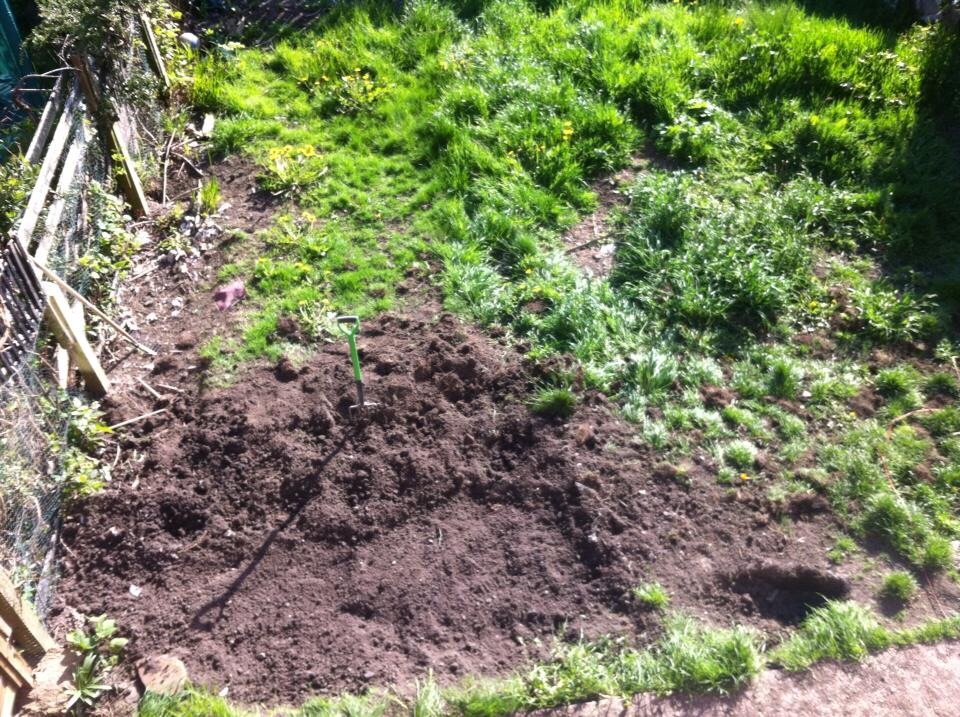 The brambles were cleared the year before and the weeds and grass in the above photo had beRB strimmed. I set upon the task of digging it out. It took some time 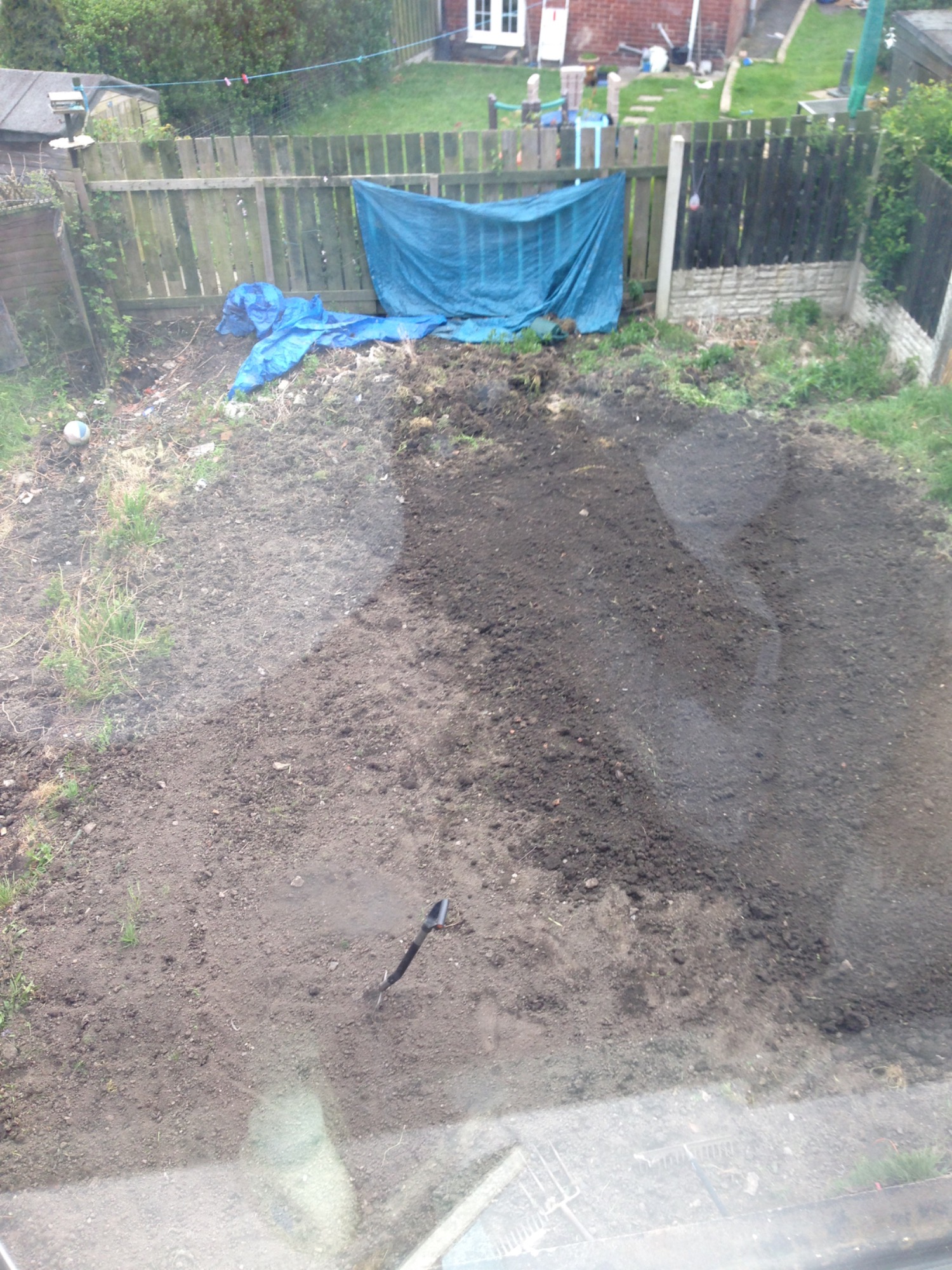 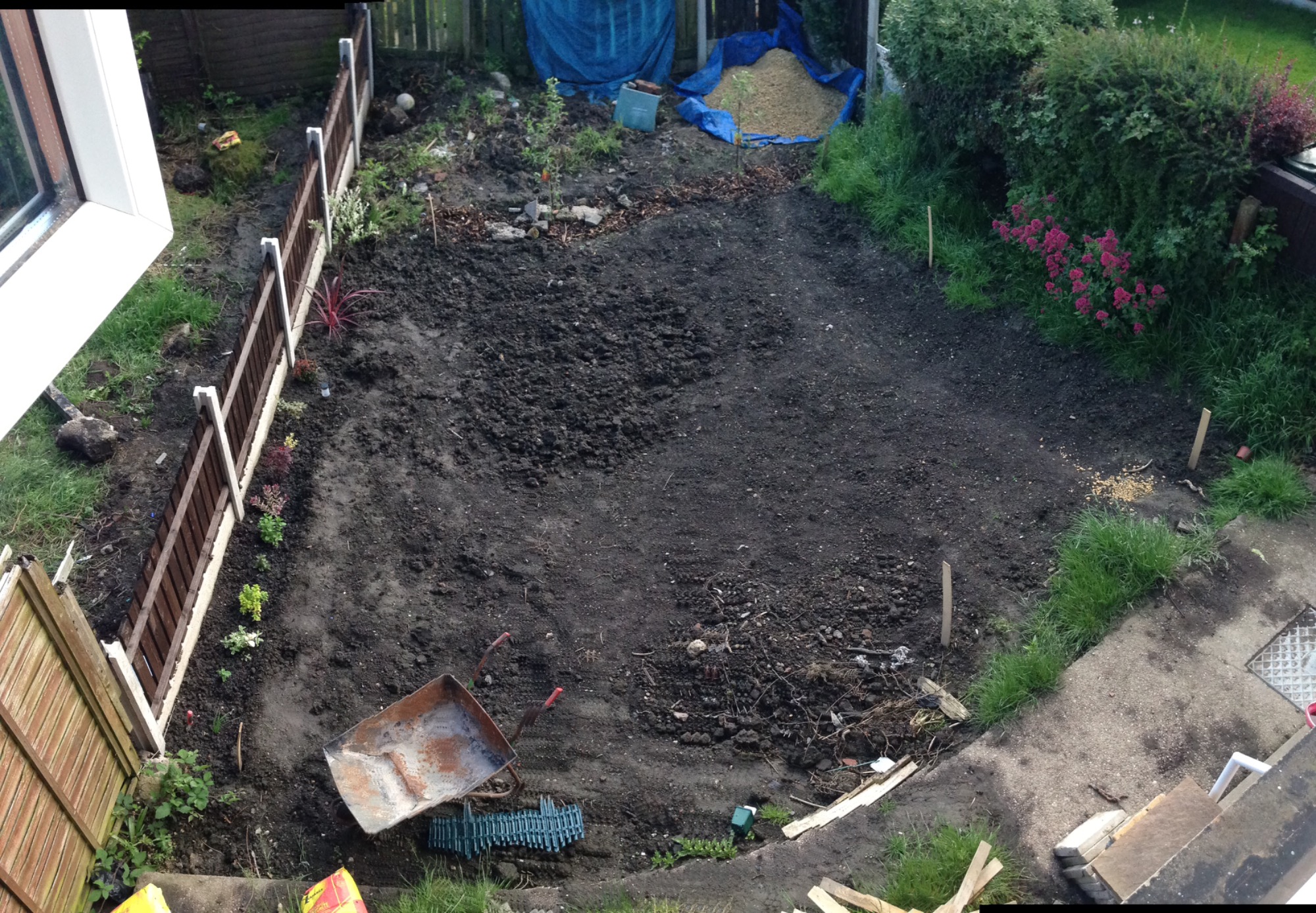 Initially my partner wanted a dog run at the bottom, hence the stones, however half way through buidling it the dog was moved reluctantly to a new owner

Next came the grass 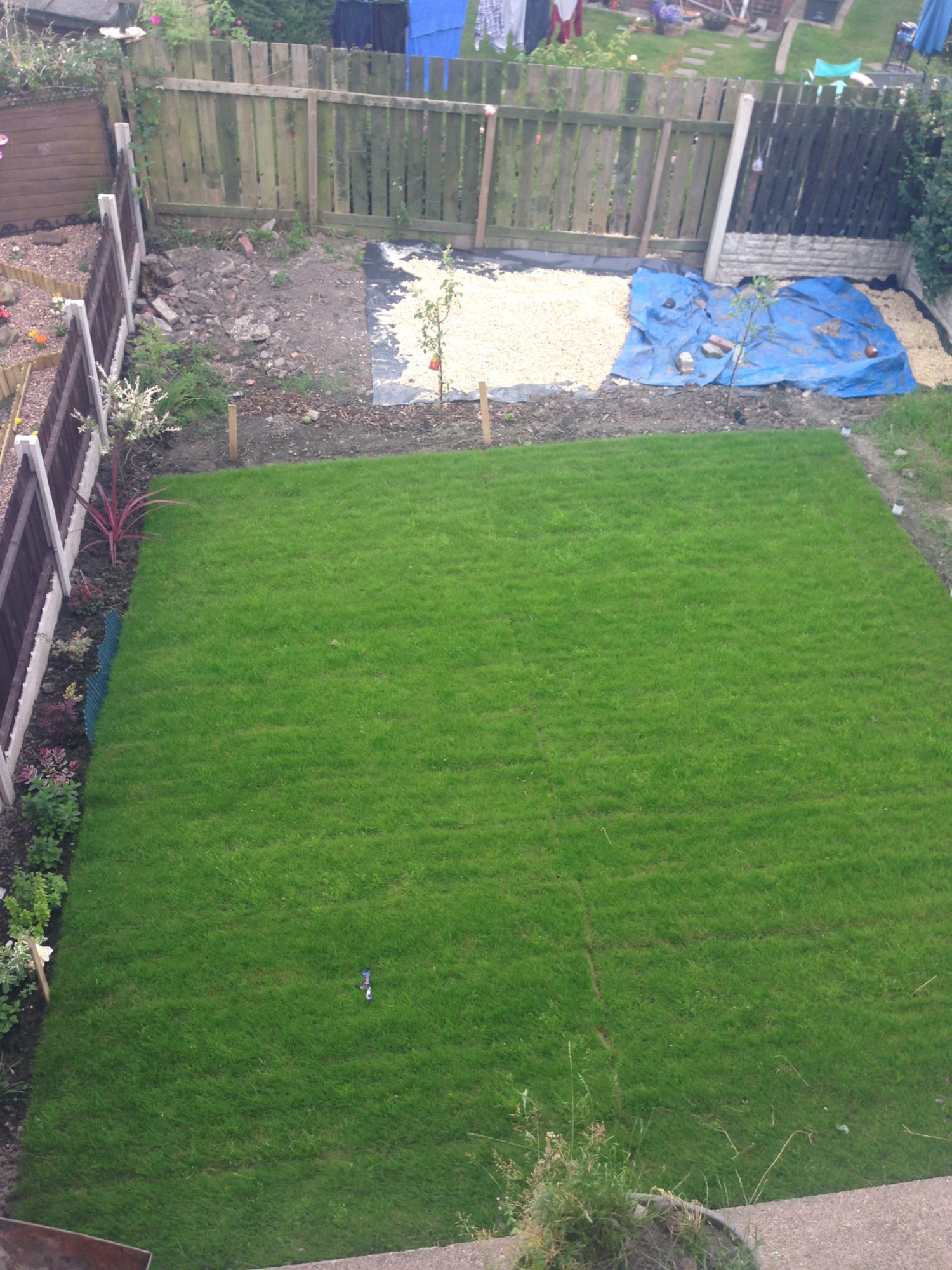 and this is how she looks today, the plants have matured but the bottom of the garden, where the dog run should have gone is incomplete

ive toyed with a putting green for the bottom right as im an avid golfer but the expense although in my region Isnt worth it for a house we don't intend to stay in for more than another 3-4 years.

I dont want to spend much more money 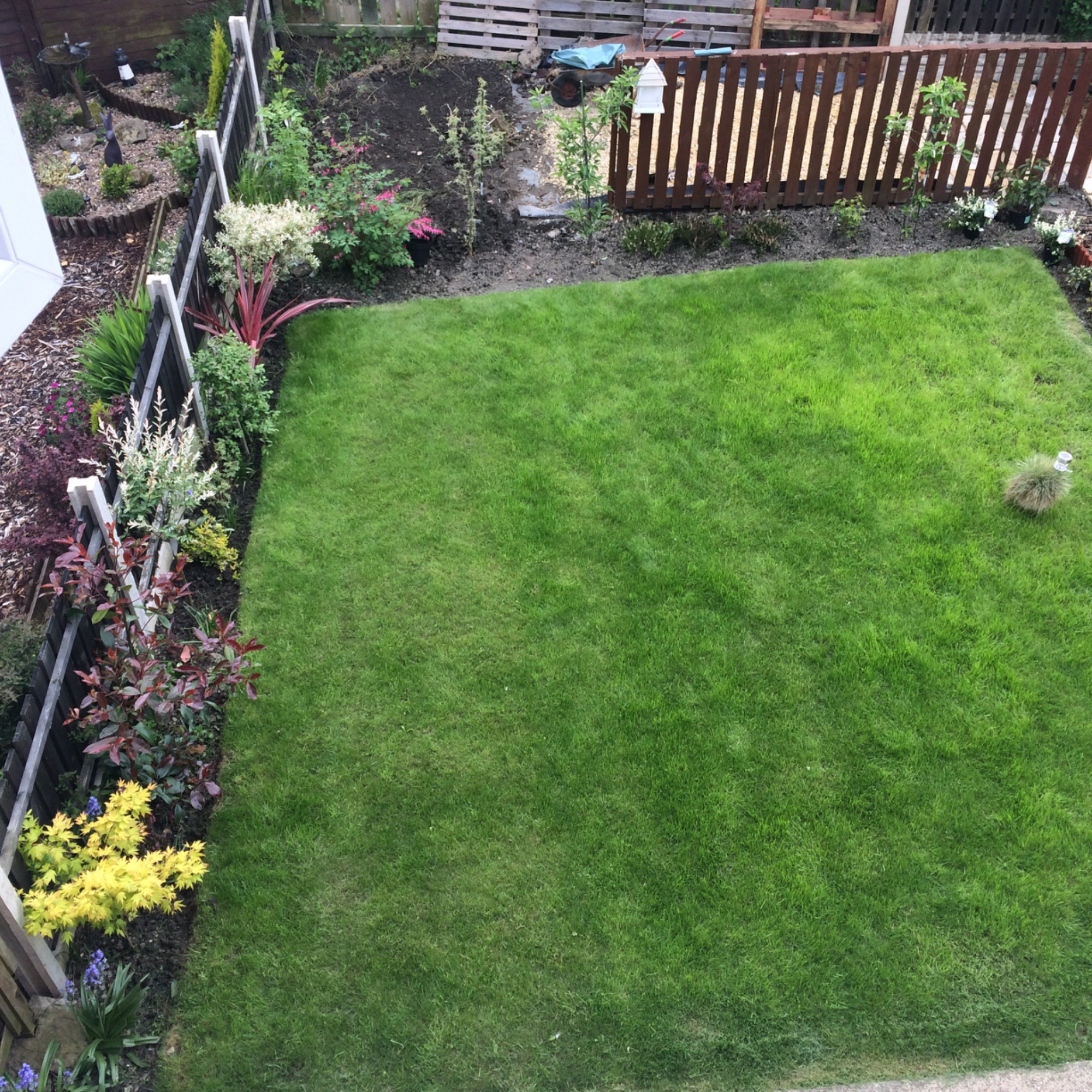 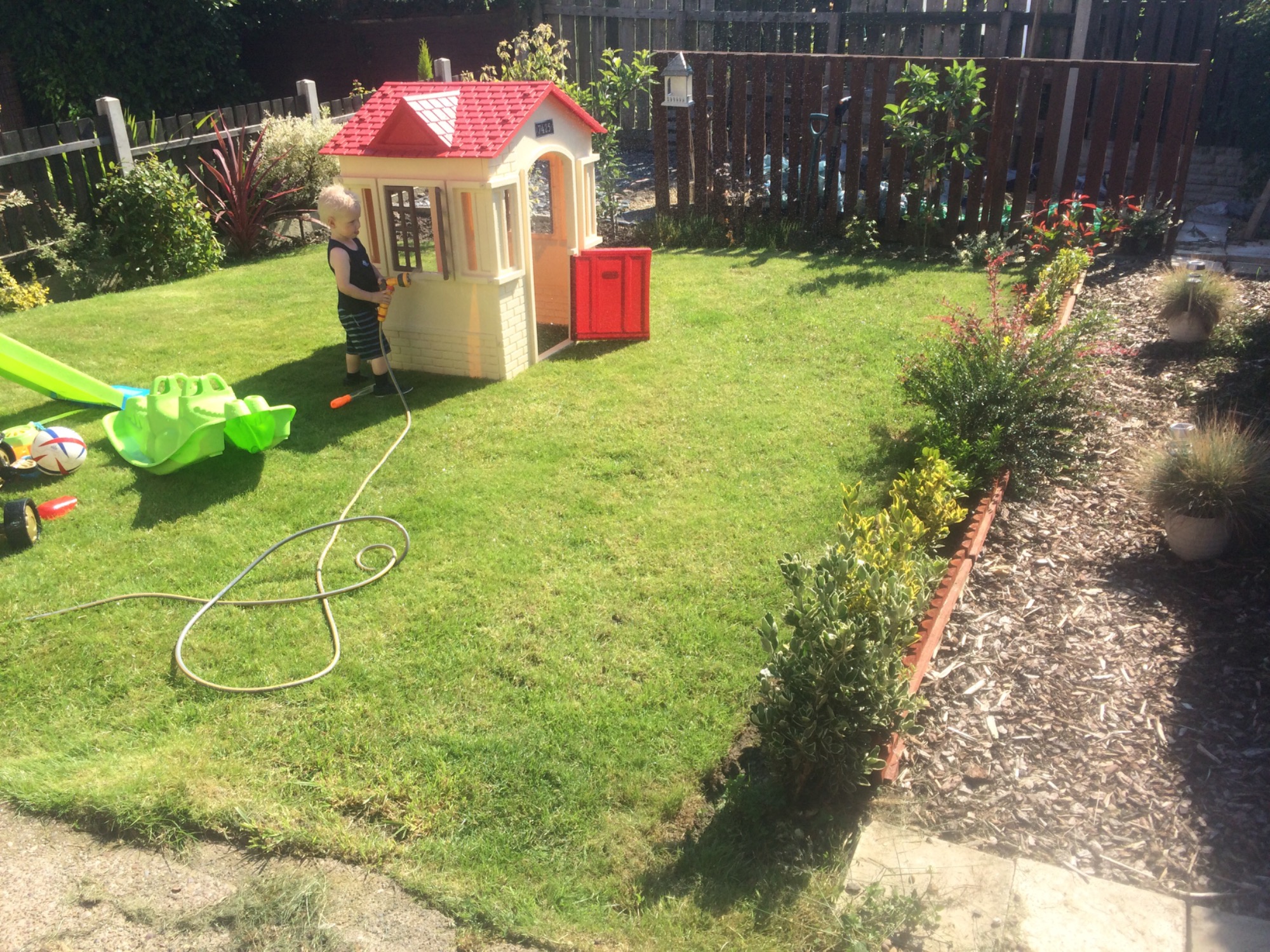