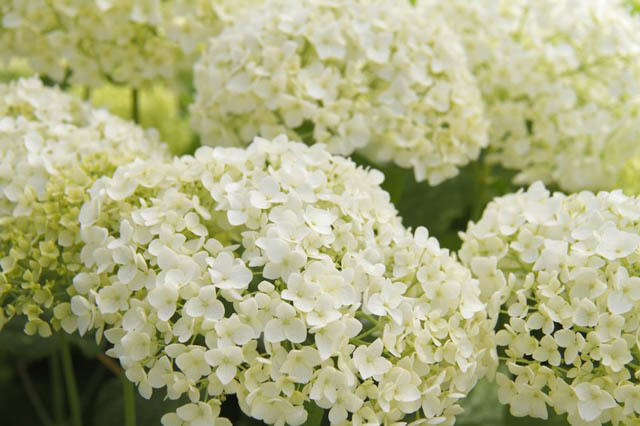 Total newb here, started gardening very recently and decided to make the back garden look nice as a surprise for my mum who's currently on holiday. Here are some before and after pictures, it's all been done in around 2 and a half weeks... 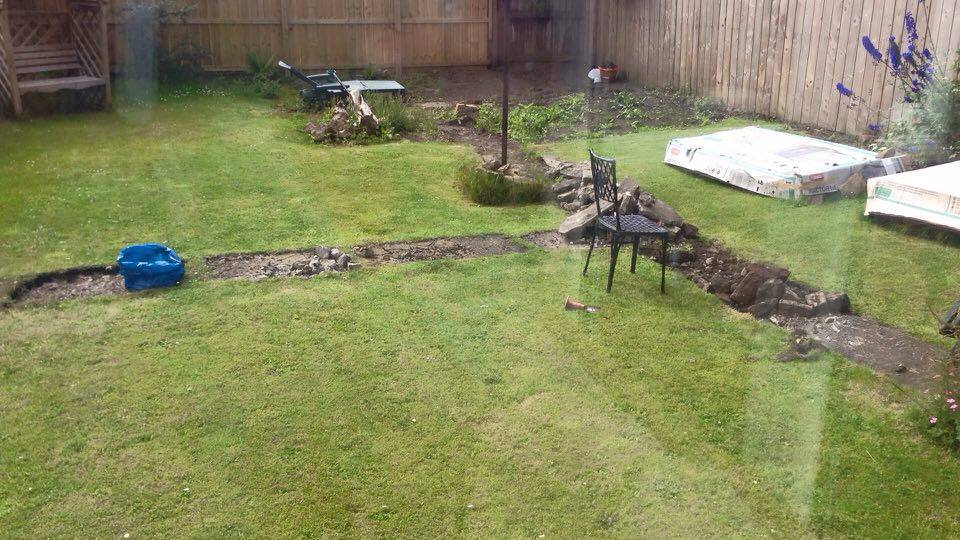 started by smashing up the concrete paths that run down and along the garden. The patch of dirt at the bottom right is where a super old greenhouse was. And the boxes contain a new shed. 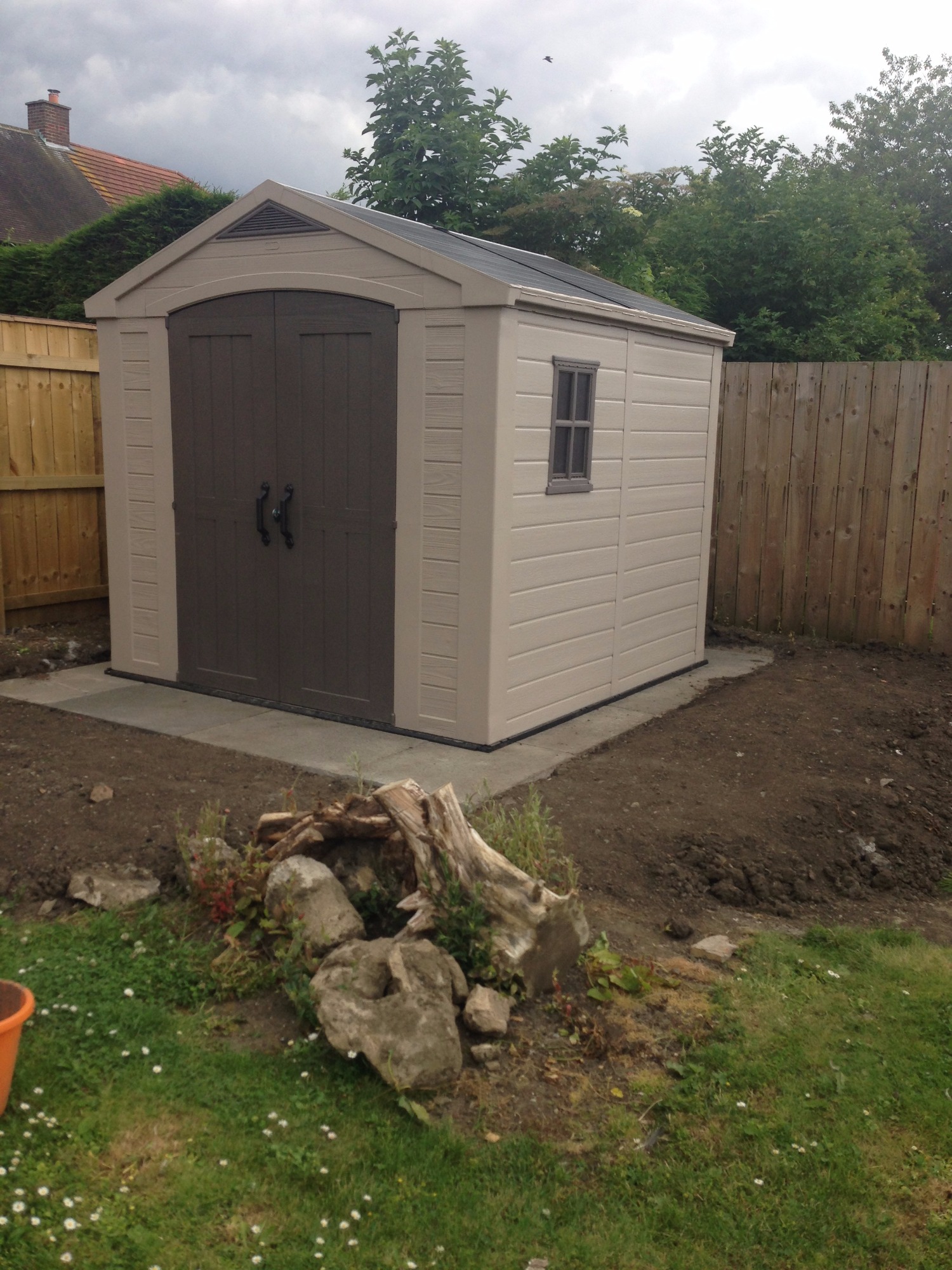 Shed is up ... though we've been left with two big dead patches from where the boxes were sitting too long... oops!! Complete with rubble in front. 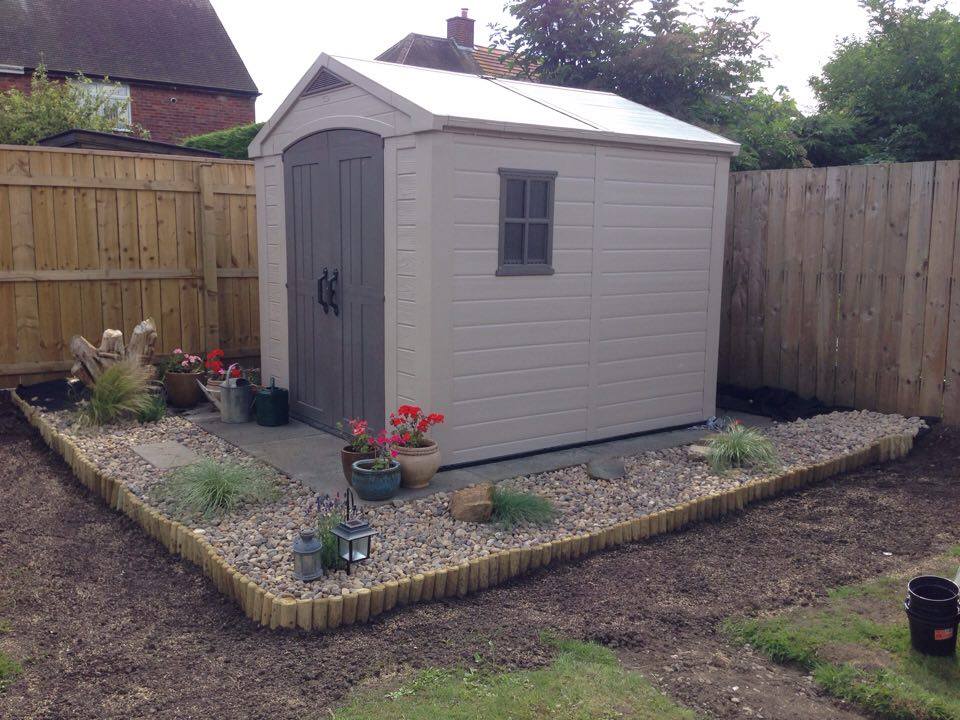 And finally complete with pebbles and grasses. Grass seed has been sown to blend in with existing grass around the base - though I'm dubious as to how well it'll do - I live up North and we haven't had much of a summer, so I thought weather wise it would be fine to sow.

On to the borders. Before.. 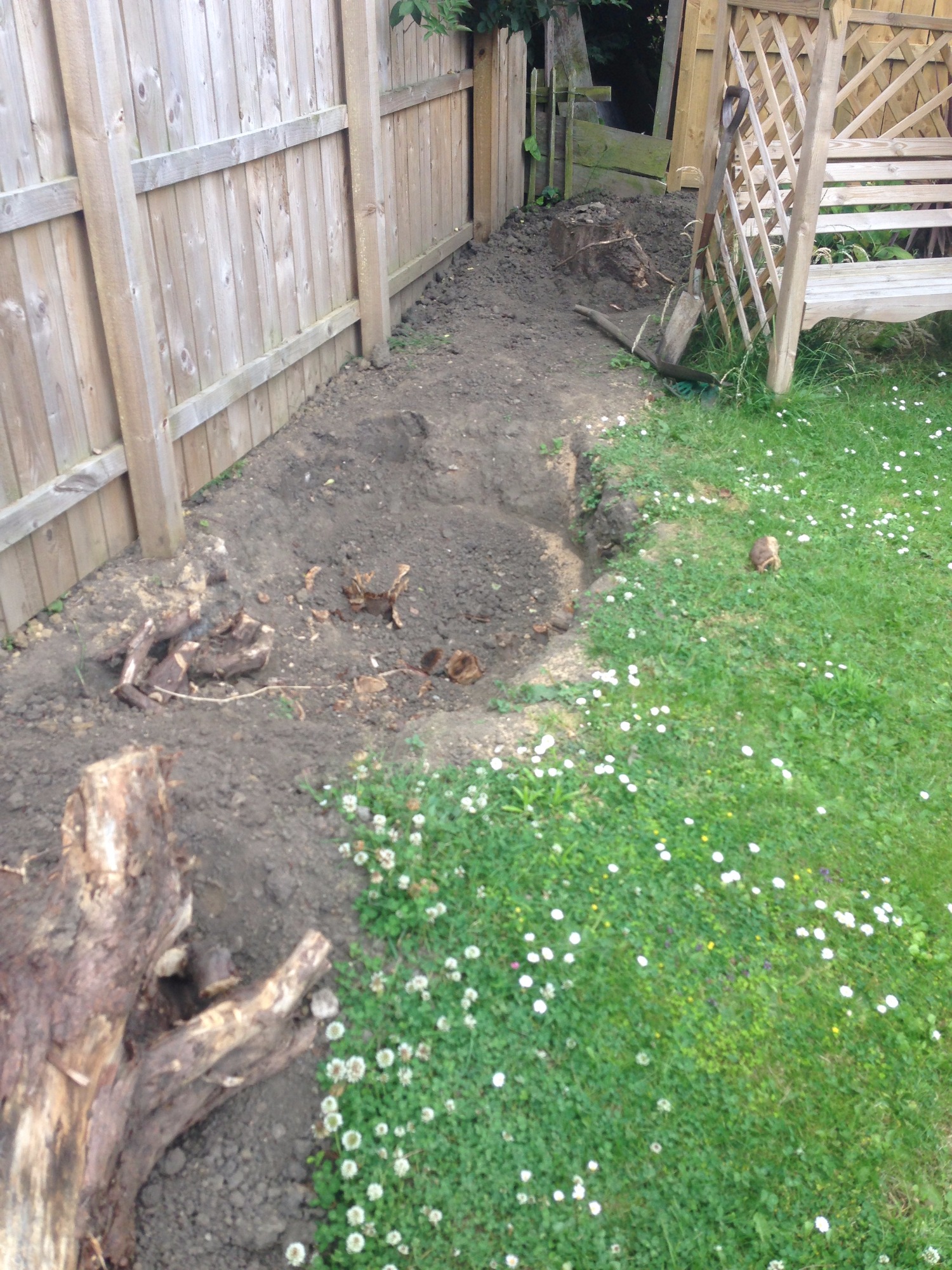 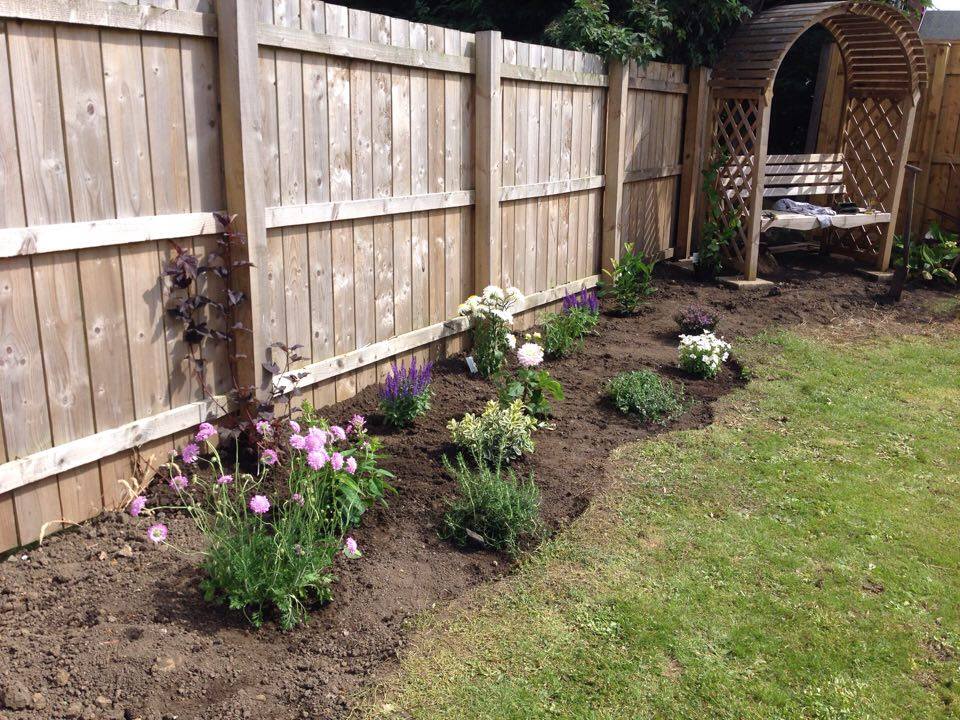 Created a new border on the left (which included moving a load of dirt) before planting. Also moved the seat back to cover a tree stump that's too big to remove (we had already removed 5 that ran down where the plants now are). 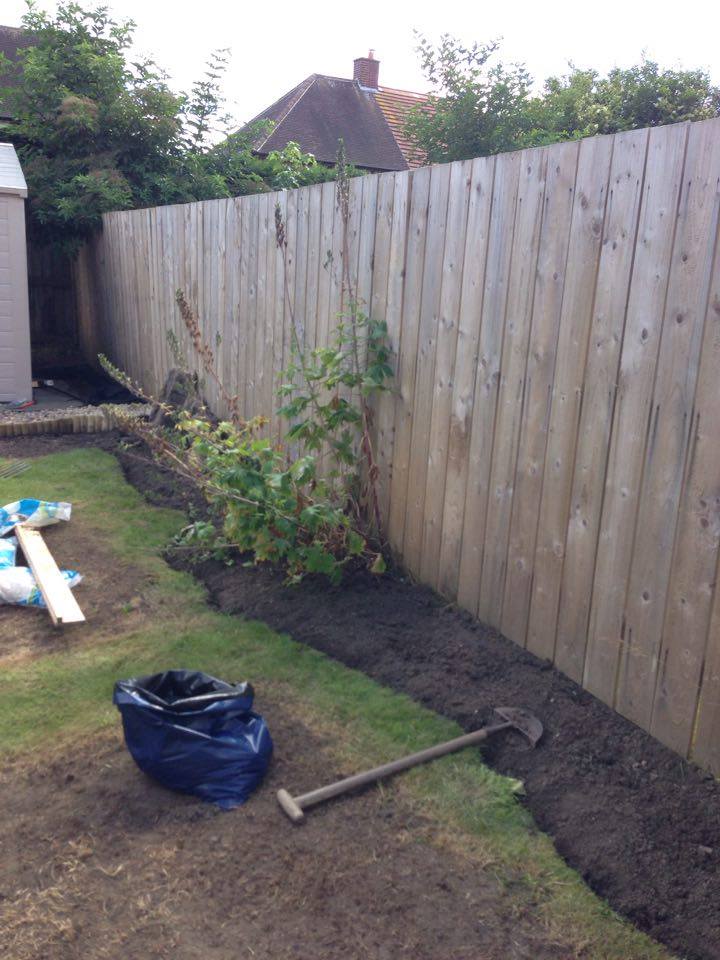 and the right hand side, which had no border at all - just the plant pictrued (can't remmeber the name - I am such a newb, haha) growing in small patch of dirt. 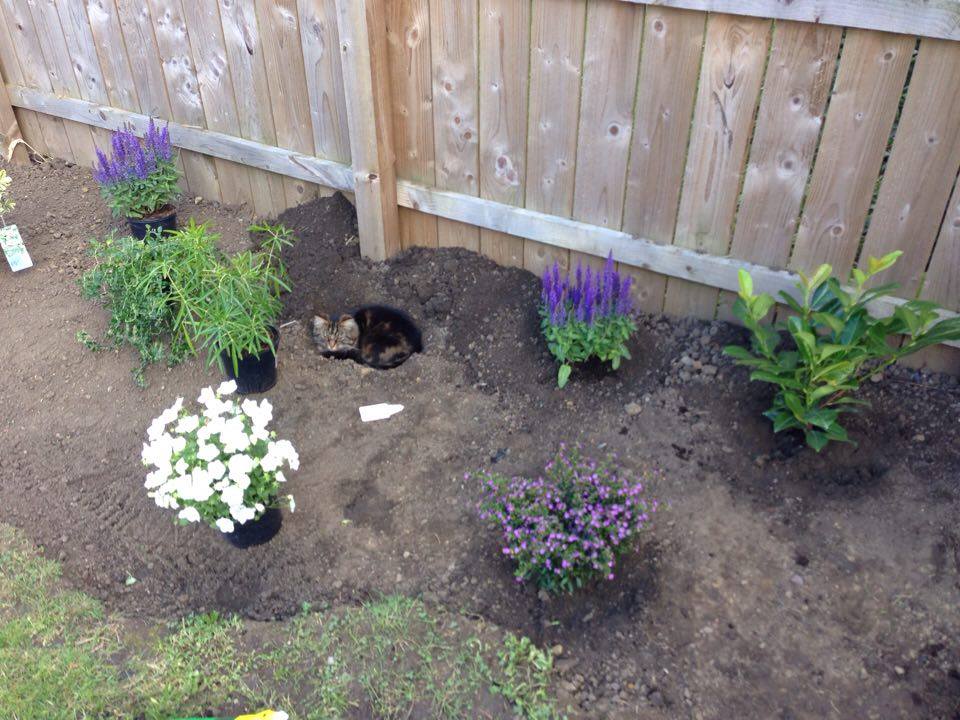