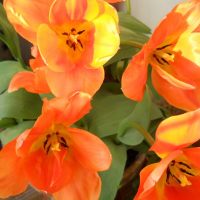 Has Titchmarsh retired from the TV coverage of the Chelsea Flower Show?