What's happended to my lawn? 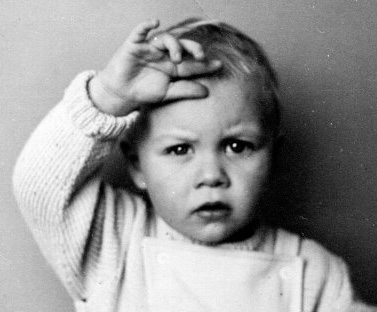 I moved into a new flat at the beginning of last year. The garden was in a right mess so I spent most of the summer getting it into a respectible state. I removed an old patio and dug the whole area over. I constructed raised beds along one side using railway sleepers and put up a shed. It was then ready to have a new lawn.

The garden has a fence on one side and is shaded by that and the house for most of the time, so I choose turf that was advertised as shade tolerant.

The turf has the following grass mixture

The turf was put down as the beginning of September.

The new lawn grew well before winter, but seems to have developed problems since.

It's become very thin and the grass seems to be growing as stalks rather than leaves. I wondering if the long bad winter has caused these problems.

I've been cutting it regular, hoping it would encourage it to 'thicken' up, but I just seem to have a lawn of grass stalks rather than the lush lawn that I had hoped.

I was thinking of overseeding but wonder if we are now too close to summer for the new grass to establish before the hot weather kicks in.

Any advice would be greatly welcomed.