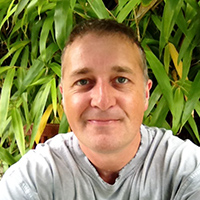 Last Summer (2012) I noticed the foliage of my 2 willow trees (next to each other) were being suddenly consumed by Sawfly larvae (absolutely confirmed). It was all too late and despite spraying them with washing up liquid solution and trying to pick them off, I lost the battle and the tree was left almost bare (except the very tops).

We've had a cold winter and I had hoped this might mean that I might not get a repeat. But it appears I'm wrong. Both trees have had sawflies hovering about (especially when it was very warm for a few days last weekend). And now they're covered in green eggs. This is May 11th 2013.

I've tried removing as many of the leaves with eggs on them but this is not very practical. And let's face it, I'm never gonna remove every egg!

Does anyone recommend a fool proof attack to win the war this Summer? They haven't hatched from eggs yet, so, at the moment, I have the high ground! lol.

Is there an insecticide I should use? This might be a shame though because I have loads of berries nearby. I wouldn't want to eat them if there was any chance of them being tainted. Help...