Insect activity around a chimney pot 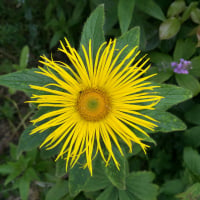 Question for the insect fans - there is alot of activity around my chimney pot and I can't  identify them from the ground although I'd hazard a guess at honey bees or wasps.

There appears to be a dozen or more slender insects around an inch long diving in the  chimney pot and shooting around in the air around it.

Does anyone know what they're likely to be from the behaviour and location/ time of year?

A few websites I looked at said they're likely to be honey bees but I don't know enough about insect behaviour to know one way or the other. I don't think they are bumble bees as one flew over the house as I was watching and it didn't look the same at a distance.

Thanks for any info