Anyone know what this is please? 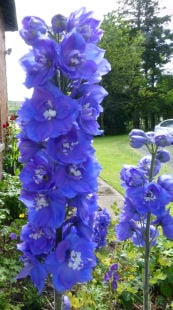 It's about 5 feet high and wide and puts out very beautiful and massive flower spikes ... just about to flower now. The hedgehogs live under it too