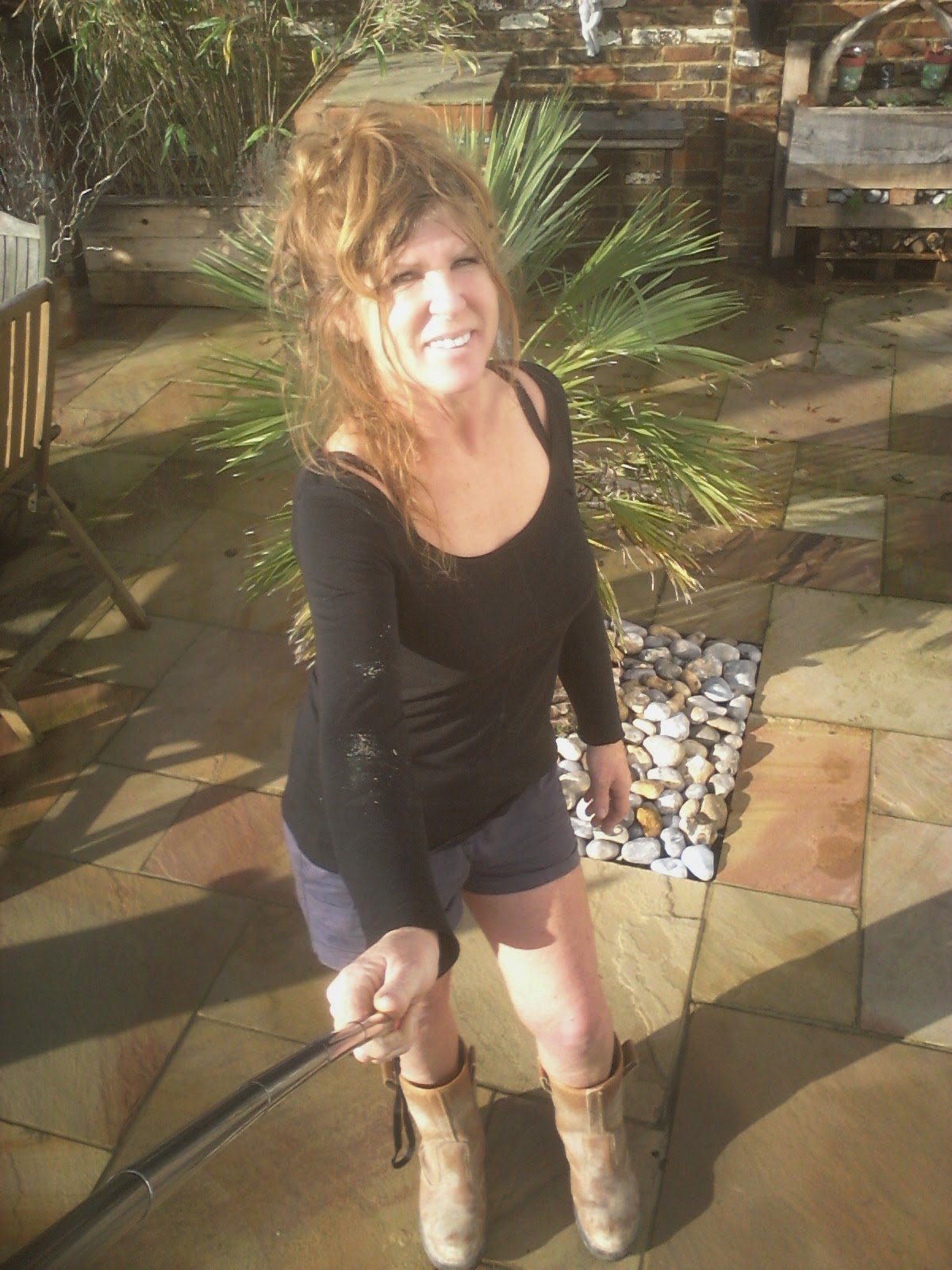 some of you may remember i bought a neglected wisteria senensis from the gc for £10 and if it doesn't grow i can get my money back, so i thought i'd risk it.

it's about 4/5ft tall mainly one stem with three little branches at the top, although it had tiny flower buds on it they didn't do anything and are just dried up. I have scratched the bark off and it is still green underneath everywhere.

Initially i planted it in a huge pot and when i did that it had a good sized root ball but it was extremely wet and roots broke off very easily. Now after listening to the 'wise ones' i have moved it to the back of the house and is planted in a bed and on removing it from the pot nealy all the root ball just came away literally they were in the hole it had come out of, to be fair i reckon that would have happened when i first planted it if i hadn't been so careful (it has only been in it's [pot almost 4 weeks) anyway what i am left with is some fibrous roots an inch or so long and one thick white root that is healthy, the ones that fell off were yellow and numerous and would have filled a 10inch diameter pot.

Do you think it had any chance of recovery now it's shed it's wet roots. the gc did say it had been neglected at the back of the nursery shelf and then i think they must have waterlogged it.

what do you think?