bumblebee boxes to buy or not to buy 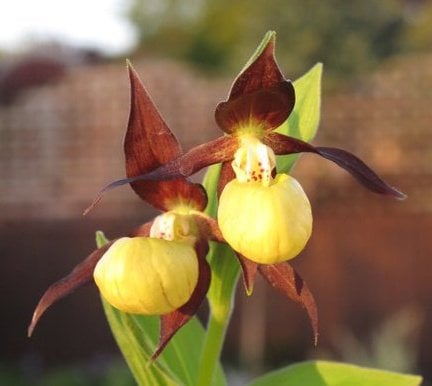 Bumblebees, honeybees, butterflies and other pollinating insects are in decline worldwide. So what better way to help stem their decline than by installing a bumblebee nest box in your garden? The only trouble is they don't work. That's the conclusion of a study to find out if bumblebee nest boxes do the job they're supposed to.

Researchers from the University of Stirling and the Game and Wildlife Conservation Trust tried out six different nest boxes. Some are available on the internet and from garden centres, while another one the researchers designed themselves.

Over their four-year study, they found that not a single commercial nest box 'became occupied or showed any sign of inhabitation' by bumblebees. The only box that showed some success at attracting bumblebees was an underground Heath Robinson-style box designed by the researchers.

But even this box was unreliable - at best the homemade box attracted nesting bees seven per cent of the time, but at other times the insects shunned this design entirely. Instead, mice, ants or wasps often took up residence.

'If you bought a car and it didn't go, you'd certainly have a right to complain.'
- Professor Dave Goulson, University of Stirling

'We had an inkling that bees don't tend to use the boxes available in garden centres and the like, but we wondered if - with a bit of tweaking - we could get them to work,' says bee expert Professor Dave Goulson from the University of Stirling.

During their study, the scientists deployed 736 nest boxes in gardens, on university grounds and on farms in southern England and central Scotland.

On average only 23 were actively used by bumblebees - that's a paltry 3.1 per cent.

'If you bought a car and it didn't go, you'd certainly have a right to complain,' says Goulson. 'If people buy these nest boxes and they don't work, we don't want them to become disillusioned. It might be better for people to spend their money on planting a lavender bush or buying and sowing wildflower seeds. If they did, they'd soon see bees foraging on them and know they have done their bit to help.'

Intensive farming has led to huge losses in bumblebees' favourite habitat throughout the UK. In an attempt to tackle the decline in bumblebees over the last 50 years, the UK government has invested in projects to help restore habitats and support native wildlife, including bumblebees.

As the availability of nesting habitat has also probably fallen because of farming, conservationists think this may also have contributed to the insects' decline. Despite this, much less attention has been paid to finding out what makes a good nesting site for bumblebees.

'It's easy to count bees visiting flowers, but it's really hard to find their nests, so we don't know that much about this area of their life history,' says Goulson.

Until this study, it was assumed that nest boxes might encourage bumblebees and so help increase their numbers and improve crop pollination.

Indeed, studies in the US, Canada and New Zealand in the 1950s, 60s and early 80s show much more favourable nest box uptake rates of between 30 and 50 per cent.

'The difference could be because there were more bees around when those studies were done. There might have been up to ten times as many bees 30 years ago,' Goulson says.

Although the researchers found all commercially-available nest boxes to be ineffective, they did figure