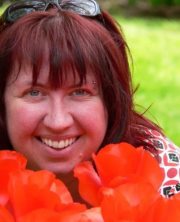 Jo Stephenson Posts: 70
September 2012 in Problem solving
Hi guys, I have a large patch of ground that half of is covered in weeds and the other is full of shrubs. I have cut most of the shrubs away and now want to dig the whole lot up, however, the sandy soil I have seems to be rock hard and I can't get a spade through it. Any suggestions? Cheers Jo
0