I'm sorry that my first forum post is a question but you might be able to save my life. OK not my life but my pride.

In a flush of enthusiasm, armed only with a website and a saw, I pruned our apple trees last year.  One went really well, one OKish but one was a disaster. It was the first one I did and I've managed to turn a nice tree into a sort of bush!

Can anyone please advise me on how to turn it back into a tree and save me from my wife's open derision? I've attached a picture for your entertainment. I mean this was once a tree, cultivated to grow along the wall, probably by generations of keen gardeners until I got involved. 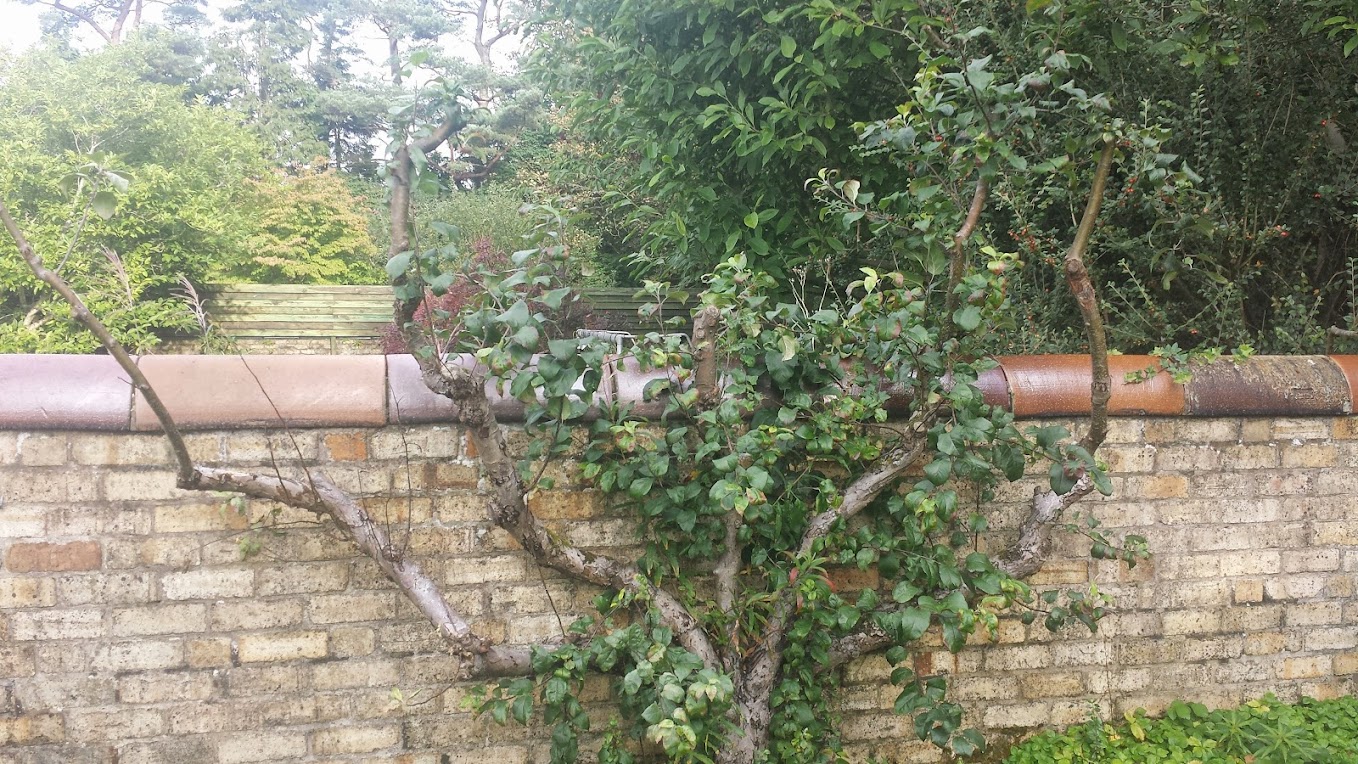