What is this little bird please? 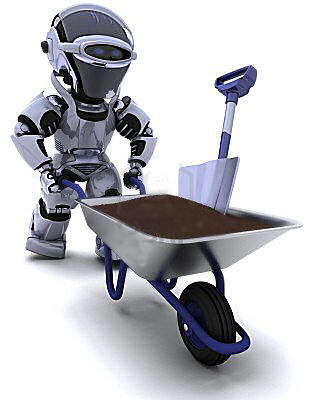 I spend many happy hours watching this little bird bringing home tasty treats for its young but don't know what it is.  I'm not a very good twitcher but I have a garden full of birds. I assume there are two birds in which case they both look the same.

The nest is in a barn, which unfortunately is not ours but is next door and the bird(s) land on our fence while checking the coast is clear.

Quality of picture is poor as I was a fair distance away and have cropped the image a lot and it's a miserable day so I've had to tweak the colour a bit.