Around 4 weeks ago I purchased 4 of these plants (Buxus?) from a local market stall. They were all very healthy looking and appeared fine for the first week.

However two of them have since started going yellow at the leaves. I assumed under watered so I've watered them daily (late in the evening). I've also re-potted them.

The only difference between the four plants is, the two that are growing healthy are shaded by the side of the house, while the other two (going yellow) are in direct sunlight (south facing) for ~8hrs a day. Underneath the top layer of leaves it appears green still.

Am I under/over watering? Under/over feeding? Could it be the sun? Or were they dead before I bought them? 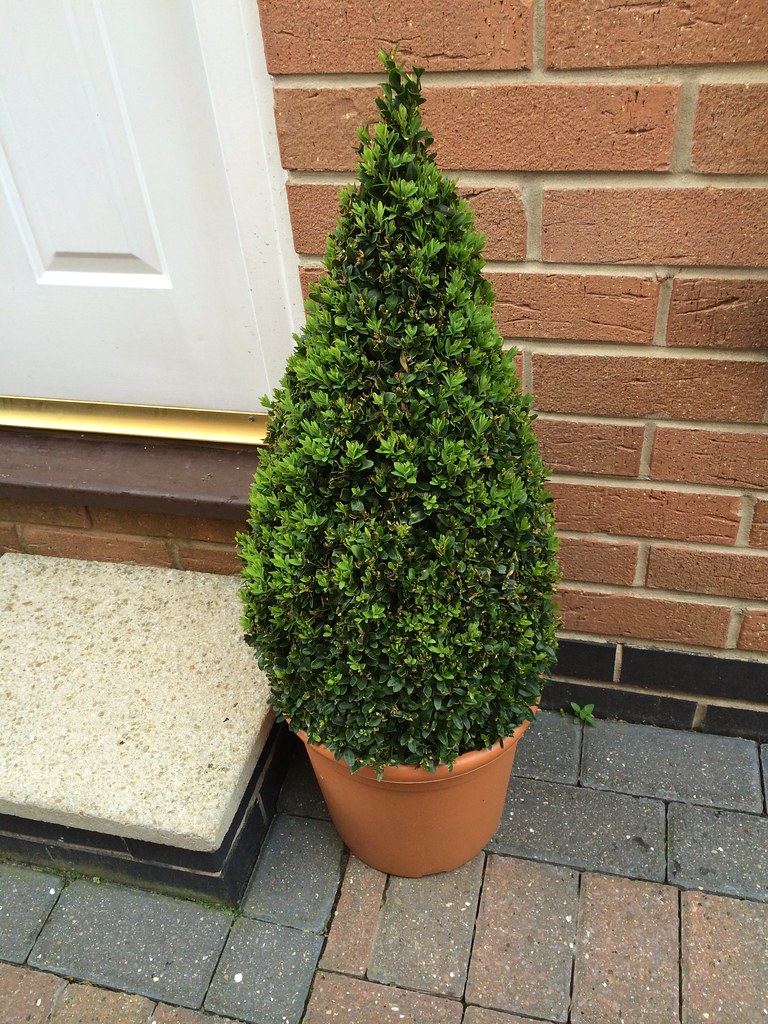 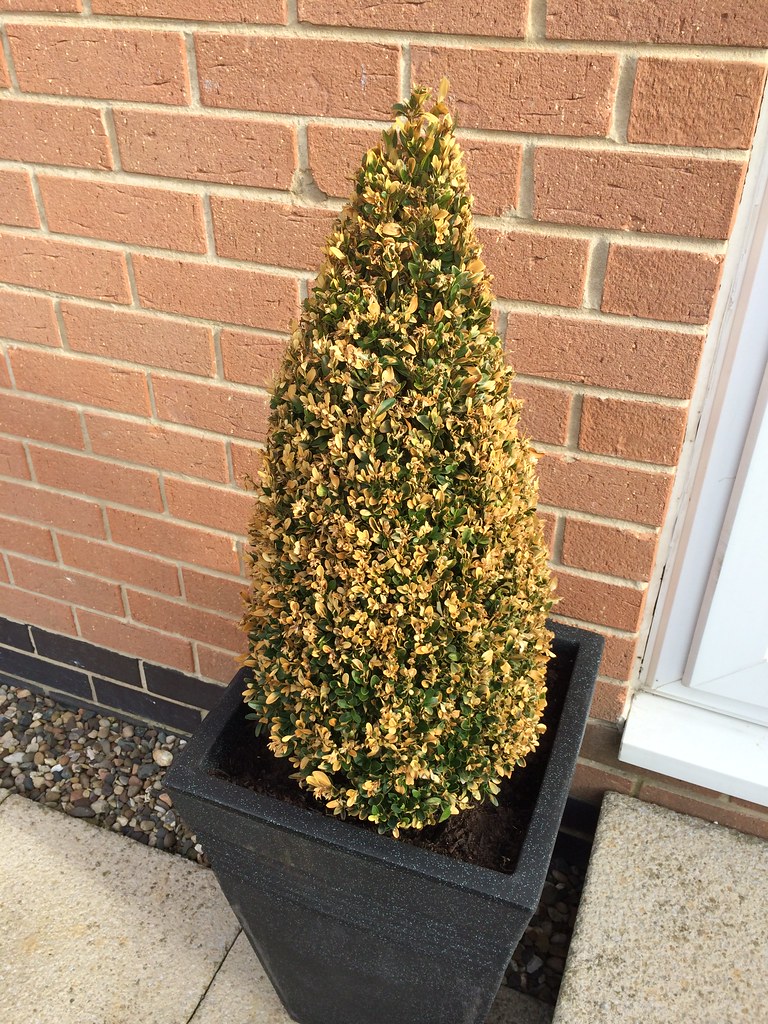 Any advice and help is appreciated. I've no idea what I'm doing wrong here.