Questions about lettuce and spinach 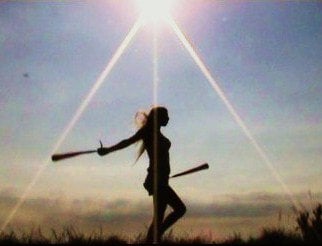 I sowed spinach and lettuce seeds indoors in February.

By March they both had 4 tiny leaves. I put the spinach outside, and kept the lettuce inside. It's now nearly mid-April and they are all still the same size.

I've never grown them before, I thought they'd be the fastest growing, but my potato plants, peas, planted in March are very big now. Even the tomatoes I sowed 3 weeks ago are bigger!

Is it normal for them to grow slow at first, do they speed up later in the growing process? The lettuce are suppose to grow from seed in 10-12 weeks (the packet says) They are at least 6 weeks old now. They're barely 3inches high and have four leaves. They look very healthy, its just the size of them that's baffling me.