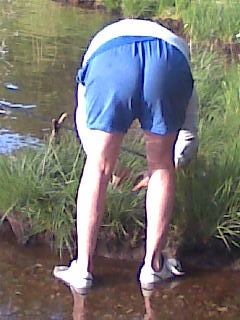 I'll get straight to the point, we have had a large (4ft) Scottish thistle growing in a quiet not used corner of our garden for a few years now. We have recently got serious about gardening and our garden. My wife now wants to get rid of it, she says its a weed and  can seed all over the new garden, i think it is a magnificent plant with great structure and full of scottish symbolism ( though i wouldn't want any more of them).Anyways we have both agreed to abide by what ever the majority of yous guys decide.. Over to yous keep or kill?..