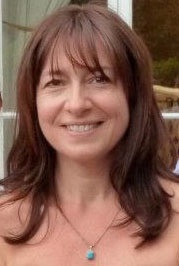 i have a large rhododendrum in a pot, it's leaves are turning yellow, any advice? Poor thing has been there for years but still produced fine blooms this season...